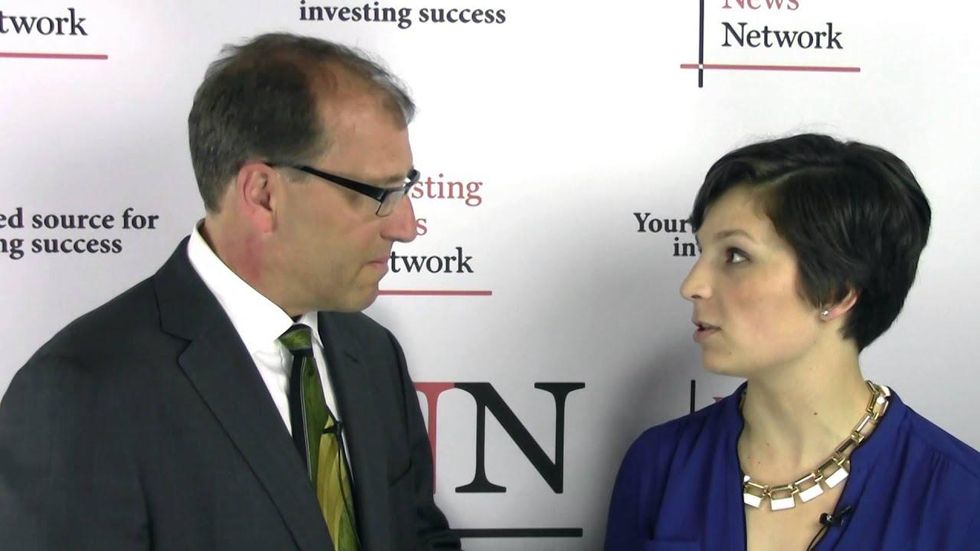 The Investing News Network had the chance to speak with Ken McNaughton, CEO of Camino Minerals, at the 2015 Canadian Investor Conference, held in Vancouver on May 31 and June 1.

The Investing News Network had the chance to speak with Ken McNaughton, CEO of Camino Minerals (TSXV:COR), at the 2015 Canadian Investor Conference, held in Vancouver on May 31 and June 1.

In the interview above, McNaughton speaks about what’s on the docket next for Red Beds. Camino is raising money for a drill program at the project, and McNaughton noted that it will be aimed at delineating the depth potential of the deposit.

“This is a sediment-hosted copper deposit, so this is a brand new discovery,” he said. “The potential on these deposits can be anywhere from a million tonnes up to a billion tonnes.” Now that Camino has seen potential at surface, McNaughton said that the company needs to establish the depth potential for mineralization in order to get an idea of where Red Beds is within that range.

He also talks more generally about the benefits and challenges of working in Peru, stating that overall that his company is very comfortable with working in the area, and that given the country’s mineral potential, it’s important to be there.

INN: Camino is a junior company conducting greenfield exploration primarily in Peru. Can you give a quick overview of the company and your Red Beds project in particular?

KM: Absolutely. I took over management of the company in March and since then, yes, we acquired the Red Beds project. [We] have been completing all of our community agreement and then a very widely spaced regional program defining up to 20 kilometers of high-grade copper silver beds in Peru.

INN: Okay. And you’re raising money for a drill program right now at Camino, what’s it going to look like? What will the goals be?

KM: This is a sediment-hosted copper deposit, so this is a brand new discovery, the potential on these deposits can be anywhere from a million tonnes up to a billion tonnes. So that first program, we’ve seen the potential on surface. We need to establish what’s the depth potential. And with that, that’s going to tell us where are we within that range with these deposits in general.

INN: And talking about jurisdiction for a moment, with all the protests at Tia Maria that might have some investors worried, is that something that you’re seeing and what did you say to investors who might be worried about that?

KM: It’s hard for us in North America when things hit the news to not extrapolate it. And the Tia Maria incident really is a very small part of the country and it’s isolated to a specific project. We’ve got a great community relations team, we’ve got a great relationship with our communities. And really, you have to view it project-by-project, area-by-area.

So what’s happening down there is not symptomatic of the entire country. And it’s also how does the company go in and get themselves deal with these situations and the local community.

INN: Sure. And overall, what have you found to be the biggest benefits and challenges of operating in Peru?

KM: There’s clearly cultural differences and there’s Lima culture versus the Highland people culture. So and then, there’s North America and Latin culture. But through my experience with Silver Standard (TSX:SSO) and now our private company there – now Camino, I’ve been working in Peru for 25 years, very comfortable. Our managers down there are North Americans, they live in Peru. We’ve got a lot of Peruvian staff.

INN: And outside of Peru, you’ve also optioned some properties in the US as well. What’s the draw of those?

So we were very happy to be associated with them and it gives us another avenue. So while we’re primarily focused in Peru, as time progresses and the company grows, I would be very happy to be back in Mexico and look at things elsewhere.

INN: Okay. And finally, as you mentioned, you’ve had a lot of experience with Silver Standard, you’re still with Pretium (TSX:PVG) in their exploration, how does that experience translate to Camino?

KM: We have all the [people] that make those companies successful. All of that infrastructure is all there in terms of knowing how to run a company, knowing how to drive a project. Obviously, there’s almost no overlap between me and Camino, and Pretium – other than my desk. However, the systems are there and it’s easy for us to pull those systems across and their shareholder recognition, which is certainly helping Camino a lot.

INN: Great. Thanks for joining me Ken.

Missed Canvest 2015? Here’s What You Need to Know