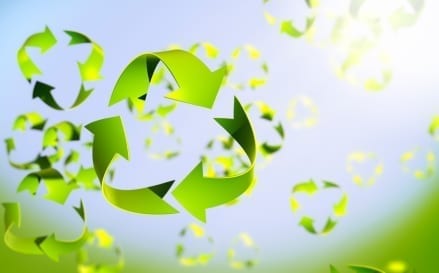 Researchers at Yukon College are taking a look at using man made wetlands to treat mine wastewater in Canada’s north.

When a mine closes, mining companies must face the challenge of handling contaminated water and returning the surrounding environment to its natural state.
One way that some mining companies are handling mine wastewater is through the use of man-made wetlands. While that might seem novel, the use of man-made wetlands is anything but new.
The US Environmental Protection Agency notes that about 5,000 man-made wetlands have been built in Europe, with about 1,000 in operation in the US — and that was in 2004. In addition to being used to treat wastewater from mines, man-made wetlands can be used to filter wastewater from other industries and to improve water quality in general. The process works by mimicking the complex filtration processes of natural wetlands, involving soils and vegetation as well as bacteria and other microorganisms.
Now, researchers are taking a look at using man-made wetlands to treat mine wastewater in Canada’s north. According to an article from Yukon News, scientists at the Yukon Research Center at Yukon College have been looking at the potential of man-made wetlands by running water containing copper, selenium, cadmium and zinc through eight Rubbermaid containers containing sand, gravel and wetland plants.
The process has been shown to remove up to 99 percent of heavy metals from the water. Furthermore, the metals being tested stayed in the soil, rather than moving into the roots or leaves of wetland plants. That’s because bacteria, rather than the plants themselves, are responsible for actually removing heavy metals from the water.
Of course, temperatures fall well below freezing in the Yukon for much of the year, and there has been little research into how man-made wetlands work in cold temperatures. However, Andre Sobolewski, who’s been building constructed wetlands for over 20 years, told Yukon News that bacteria adapted to cold climates in wetlands could continue to work on wastewater through the winter. Furthermore, he pointed out that the risk of mechanical failure for water treatment facilities is much higher with freezing temperatures in the north, which might mean that man-made wetlands could be a more viable option.

The work is being partially funded by Casino Mining, a fully owned subsidiary of Western Copper and Gold (TSX:WRN, NYSEMKT:WRN), and the company behind the massive Casino copper-gold project in the Yukon. The company has proposed a constructed treatment wetland as part of its mine closure plan.
Paul West-Sells, president of Casino Mining and president and COO of Western Copper and Gold, explained that two engineered wetlands will be constructed on the surface of the tailings management facility at Casino during the closure phase of the project. The wetlands will contain locally sourced wetland plant species, and will be contained by an engineered berm to control water flow. Notably, water quality discharging from test cells currently under study is better than the water quality required by Canadian Council of Ministers of the Environment guidelines for the protection of aquatic life.
“Western Copper and Gold is committed to sustainable development and to achieving closure of the Casino project that ensures long-term protection of the environment,” he said. “Passive treatment systems, such as engineered wetlands, will be key to meeting this commitment.”
Certainly, the use of passive treatment systems is useful for mining companies. Casino Creek, near the Casino mine, is also the subject of a research project by Genome BC that’s looking at whether a community of microbes in the creek is contributing to a reduction in copper content in the water. While West-Sells said that the process isn’t technically related to the research being done on man-made wetlands, he did admit that their work “may help supplement our knowledge and understanding of the microbial processes operating in an engineered wetland.”
“The Genome BC project may also provide us with a complementary treatment process that may be used elsewhere on site,” he added.

Still, despite the benefits of man-made wetlands, and the years of research that have gone into them, Sobolewski also told Yukon News that people in the Yukon are “very skeptical” given what he called a “make a mess and leave it” history in the territory’s mining industry. Western Copper and Gold is doing its best to communicate how constructed wetlands work through FAQ sheets and newsletters and by working with Yukon College to do the research mentioned above.
“Western Copper and Gold has been working with Yukon College to run experiments that evaluate how contaminants are removed from the water and where they go in the wetland system,” West-Sells said. “Initial results indicate that metals are retained in the sediments and soils in the wetlands, and are not absorbed into the plants. They were also extremely effective at removing metals from the water.”
While the mine development process includes some key catalysts for investors to watch for, it’s also important to ensure that mining companies have a solid plan for handling the closure of their projects.

Securities Disclosure: I, Teresa Matich, hold no direct investment interest in any company mentioned in this article.
Editorial Disclosure: Western Copper and Gold is a client of the Investing News Network. This article is not paid-for content.
Related reading:
Could Microbes Help Miners Save Millions?