The HKEx was successful in its takeover bid for the London Metal Exchange, and it looks like China may increase its copper warehousing as a result. 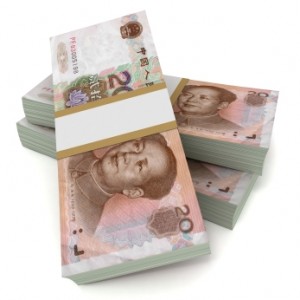 Hong Kong Exchanges and Clearing (HKEx) will take control of the world’s largest commodities exchange later this year, a move that will further strengthen China’s hold on the global metals market. Yet far from facing an onslaught of public outcry, the deal has largely been welcomed not only by London Metal Exchange (LME) shareholders, but also by industry analysts. But a number of questions remain, including whether the change in ownership will affect prices, particularly for copper, and whether HKEx overpaid for the 135-year-old bourse.

At first blush, the acquisition appears to benefit Hong Kong. By acquiring the London Metal Exchange, HKEx takes responsibility for a bourse that controls over 80 percent of the world’s industrial metals futures market. Given the fact that China accounts for over 40 percent of the global copper market, the country’s influence over red metal prices in particular is considerable, but its influence in Europe has not been as great as its global outreach. The latest deal is expected to boost its impact on European exchanges, especially as it currently accounts for only about a quarter of LME trades by volume.

Still, consolidation of the market, whether under Chinese or British rule, is seen as critical for the survival of the venerable London bourse and is a way for the exchange to remain competitive with little concern about price manipulation.

“The deal with HKEx, Asia’s leading exchange, will secure the LME’s position as the world’s foremost metals trading venue,” stated the London exchange’s CEO, Martin Abbott.  Indeed, over 99 percent of LME stakeholders approved the $2.2 billion takeover last week amid offers from rival groups, including CME Group and NYSE Euronext. The Hong Kong exchange, however, was the sole Asian bidder, and enhancing the LME’s connection to the fastest-growing region is certainly being touted as a way forward for the European exchange.

HKEx CEO Charles Li stated that “HKEx’s ability to help the LME grow its business in Asia and beyond provides significant opportunities for both parties and will deliver value for all of our stakeholders.” In fact, even though the LME has 732 storage facilities in 14 countries, including the United States, it has no warehouses in China as the government banned foreign exchanges from establishing warehouses in 2008.

The benefits of new ownership for the LME are apparent. But did Hong Kong overpay for its first foreign acquisition? After all, it came up with the biggest offer, one that exceeded even the LME’s expectations, and prior to the shareholders’ vote, HKEx’s Li spent as much time defending his exchange’s price tag for the LME as he did courting the LME board and shareholders – despite the fact that the consent of HKEx shareholders was not required for the deal to go through. HKEx’s offer amounted to 107.6 pounds a share, which is about 180 times the LME’s 2011 net income.

In a June interview with CNBC, Li said that Chinese metals producers will benefit from being more connected with the physical markets that the LME dominates than they will from the Shanghai Futures Exchange’s trade-focused practices.

“The current physical market of copper and alumina and base metals, just doesn’t work for the Chinese players, Jiangxi Copper and (China) Minmetals,” Li said, adding that the Chinese copper giants “cannot effectively hedge and risk-manage their businesses because of the divergence of the LME market and Shanghai Futures Market.”

How the HKEx takeover bid may impact the physical copper market will be closely monitored by traders. There have already been signs that Chinese producers will take advantage of HKEx’s bid for the LME, with Jiangxi Copper announcing in late May that it would begin exporting refined copper by shipping to transaction warehouses designated by the London Metal Exchange even though China has to date been a net copper importer.

In addition, Li said that post-takeover, the LME will no longer be under a membership structure whereby ownership is constrained by profit. Instead, HKEx will ensure that LME becomes a commercially-viable enterprise.

Granted, concerns remain about just how much distance the HKEx, and now the LME, can have with Beijing, especially as six of HKEx’s 13 board members are appointed by the Hong Kong government.

Still, HKEx’s head of market development, Romnesh Lamba, said that “not one of the government-appointed directors has ever tried to use their position to influence our strategy or business by saying ‘this is good for the Hong Kong government’ – let alone Beijing.”

The deal will be sealed by November and Britain’s Financial Services Authority will remain the bourse’s regulator regardless of ownership.