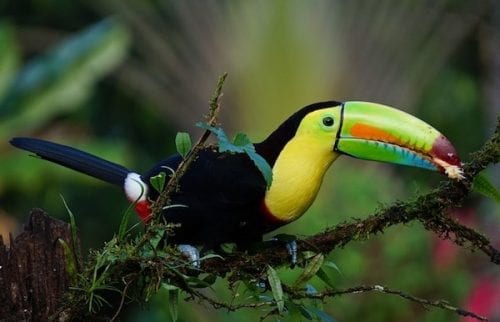 Cobre Panama, located near the Atlantic coast of Panama, is projected to produce 380,000 tonnes of copper per year when fully ramped up.

First Quantum (TSX:FM,OTC Pink:FQVLF) has tamed the rainforest, with the company announcing this week that its mammoth Cobre Panama copper project in Central America has been slowly coming to life as of February 7.

Cobre Panama, located in deep rainforest near the Atlantic coast of Panama, is projected to produce 380,000 tonnes of copper per year when fully ramped-up.

While those numbers are on the agenda, for now the company said it would be focusing on a phased ramp-up of the facility over the rest of this year, with a goal of 150,000 tonnes of copper in 2019.

The plant’s commissioning will soon move to the first production of copper concentrate.

In a note, Raymond James analysts said that Cobre Panama was coming online on-time and on budget, with the project overall — covering earthworks, port facilities and infrastructure — projected to be 87 percent complete.

Last year, Eleni Joannides of Wood Mackenzie told INN that Cobre Panama was the “only greenfield project of note” coming online in 2019 — meaning that as the copper market enters a period of supply deficit, First Quantum has switched Cobre Panama on at a time when it’s alone on stage.

Considering the Canadian company has spent roughly C$10 billion on it, clearly it has high hopes.

First Quantum came to own the project in 2013 when it launched a hostile takeover of fellow Canadian company Inmet Mining for C$5 billion, and over the last few years has sunk more billions into the project, which last year faced a heart-stopping challenge at the last hurdle as the government in Panama City took another look at the laws that allowed the mine to get permitting.

With first ore currently working its way through the new operation, clearly that wasn’t much to worry about.

As for feeding a market in deficit, on the LME the copper price has spent 2019 clawing its way back up in value — having gained almost 5 percent so far after being battered in 2018 in the early days of the US-China trade war when the base metal lost 17 percent of its value in one go.

On Thursday (February 14), the company released its fourth quarter and full-year results for 2018, also taking the opportunity to post production outlooks for the next three years out to 2021.

On the financial side, First Quantum reported comparative earnings for 2018 of US$487 million, net earnings attributable to shareholders of US$441 million and cash flows from operating activities of US$1.98 billion.

Drilling down to the fourth quarter, the company boasted that cash flows from operating activities clocked in at US$338 million — 67 percent above Q4 2017 numbers.

Cobre Panama has its 2019 guidances set at 140,000 to 175,000 tonnes, with 80 percent of that production set to occur in the second half of the year, with commercial production expected to take place in the final quarter.

By 2021, the company projects Cobre Panama will account for more than a third of its copper output of 820,000 tonnes — much higher than 2018’s final count for production at 605,853 tonnes across the entire portfolio of six mines.

On the TSX, First Quantum was trading relatively flat on Thursday, up 0.94 percent to C$13.93 by market close in Toronto.