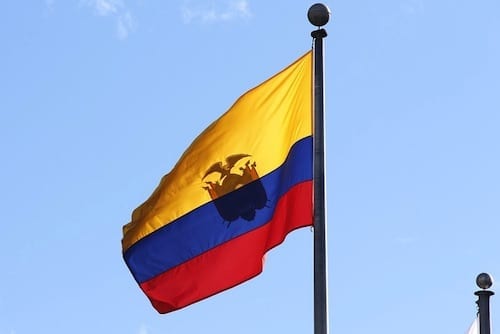 Ecuador has reversed a decision to cut fuel subsidies that triggered violent protests across the prolific mining jurisdiction.

The Ecuadorian government has backed down from an International Monetary Fund (IMF)-backed decision to cut fuel subsidies.

The move brings respite to a nation that has seen its urban areas taken to a standstill by protests — though miners claim they were able to shrug off the disruptions, which lasted for almost two weeks.

The protests against the subsidy cut, which was part of an austerity package, were so severe that the government was forced to relocate from the capital, and a state of emergency was declared by President Lenin Moreno on October 4.

The subsidies had been estimated by the government to cost up to US$1.3 billion annually, and were cut as part of a bid to reduce public spending in order to receive a chunky IMF loan.

In a release on Tuesday (October 15), responding to the news that protests will be ending, SolGold was talking up Ecuadorian support for its project and the wealth it could bring to the country, calling it a “key project in Ecuador’s developing mining industry” — a position backed by the Ecuadorian government.

According to the Ecuadorian Energy Ministry, Cascabel will produce 207,000 tonnes of copper per year for its first 25 years in operation, numbers that will put it among the top 20 copper mines globally.

The ministry also said that Cascabel will produce 438,000 ounces of gold and 1.4 million ounces of silver annually over the same period.

“SolGold’s projects will contribute strongly to sustainable economic growth employment and the robust support of all Ecuadoreans for decades to come,” said the company in its release, claiming that its operations were not affected by the almost two week long protests.

“SolGold is committed to building an integrated explorer, project appraiser and miner in the copper and gold industry in Ecuador, and enjoys the support of its major shareholders, including Australia’s largest gold miner Newcrest (ASX:NCM,OTC Pink:NCMGF) and the world’s largest miner BHP (ASX:BHP,NYSE:BHP,LSE:BLT),” it continues.

“SolGold is committed to the country’s economic development, provides growing and wide employment opportunities and conducts responsible mineral exploration programs in line with local and international laws and standards and worlds best practices.”

Luminex also reported no impact on its operations in Ecuador, while INV said nothing.

The IMF was engaged by the Ecuadorian government in a bid to tackle public debt and economic vulnerabilities.

In response to the government backing away from the unpopular austerity package that came about as a result of IMF’s loan, the IMF said this week that it welcomes attempts by the government to restore peace to the streets.

The IMF’s chief economist, Gita Gopinath, said that the Ecuadorian government’s response is an important step “to bring in all stakeholders and to make decisions about macro reforms taking into account the various communities that are going to be affected by it.”

Moreno has said, however, that while parts of the austerity package will be reversed, the government will still be looking for ways to tackle the subsidies in the future.

Over the last few years, attention has been on mining projects in the Latin American country as local opposition organizes itself against extractive industries there — though to little effect.