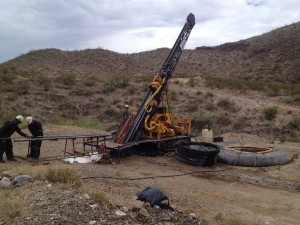 Fresh from a name change, Cyprium Mining (TSXV:CUG) may not yet be on investors’ radar. However, that’s likely set to change given the company’s unusual business model.

At first glance, Cyprium’s strategy — to use a “hybrid” exploration and production model to create value for shareholders — appears fairly straightforward. After all, aren’t most mining companies striving to bring mines into production, generally while exploring for new prospects?

However, a closer look at what Cyprium is doing shows that its ideas are a little less run of the mill. Case in point: as the company notes on its fact sheet, it’s already made an initial production decision for its Northern Mexico-based Las Cristinas copper-silver project, which doesn’t have any established mineral resources or reserves as defined by NI 43-101. In addition, no feasibility study has been completed for the project.

Explaining that potentially risky move to Copper Investing News (CIN), Alain Lambert, Cyprium’s director and chairman, said, “Cyprium Mining has made this initial production decision based on historical production records, the results of the recent sampling program and the collective experience of its senior management team, led by our president and CEO, Andre St-Michel. These people each have between 35 and 42 years of individual experience, most of it in Chihuahua state in Northern Mexico, where our project is.”

For investors, the advantage of the approach is that it prioritizes cash generation over shareholder dilution. Essentially, bringing Las Cristinas into production as soon as possible will allow Cyprium to avoid equity financings, instead using cash generated from production to fund future activities. If that still sounds risky, take heart — Lambert reassured CIN, “[t]he approach employed at Cyprium is the same that our senior team has used in the past with other projects.”

Still work to do

Of course, the fact that Cyprium has made an initial production decision for Las Cristinas doesn’t mean production will begin right away. In fact, the company still has a fair amount of work to do.

Most recently, it completed the first phase of drilling at the project. The program included 1,204 meters of diamond drilling across 12 holes and “focused on the North Mount and South Mount,” where copper production took place in the early 1970s. It was aimed at testing potential sulfide copper/silver mineralization at depth, and as Lambert explains in the video below, will ultimately “help [the company] write its first [NI 43-101] resource report.”

Moving forward, investors can expect a flurry of activity from Cyprium, including the completion of that NI 43-101 resource report by the end of the year. The following additional short-term milestones are laid out in the company’s fact sheet:

Looking further into the future, Lambert told CIN that “investors can expect Cyprium to eventually acquire other projects in Northern Mexico.” Elaborating, he said, “we very much look at Cyprium as a mining company looking for big projects, not as a small producer and certainly not as a toll miner … although we see opportunities to offer ore processing to other mines in the area, it is not core to strategic development.”

He concluded, “to us early cash flow from Las Cristinas is a not an end, it is a mean to an end. We are hoping to minimize dilution while we are in the initial development phase of the property with our approach.”

Is your company hard at work on a project? If so, we’d like to see it. Send pictures of your summer (or latest) drill program to editorial@resourceinvestingnews.com.

Securities Disclosure: I, Charlotte McLeod, hold no direct investment interest in any companies mentioned in this article.