There has been a recent surge in scrap-metal thieves attempting to cash in on copper’s worth. As the recent price weakness may correct and attract more crime, the market is preparing, and lawmakers are cracking down. 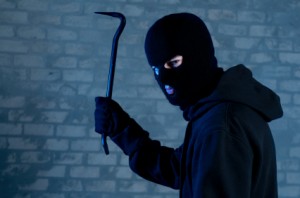 Copper entered the danger zone in September when it resumed bear market territory and staged a frightening drop of 25 percent. Adding insult to injury, scrap metal thieves are attempting to marginalize the value of the commodity by swiping wires and materials in the most brazen fashion.

Copper theft has risen across continents as robbers seek to liquidate assets in a hurry. In the US city of Memphis, Tennessee, for instance, the occurrence of scrap-metal theft via air conditioning units skyrocketed some 515 percent this year in comparison with 2005 levels, according to The New York Times. Market participants are responding with heightened awareness and supporting ramped-up legislation that could turn the tables on criminals.

Considering copper’s recent descent to market-crash levels, wavering demand and credit fears stemming from Europe, it is fair to question the near-term fate of this commodity. If prices remain under pressure, the incentive for criminal activity could diminish. Although there is no crystal ball, the only direction that copper appears poised to take is up.

Traders who are cautiously optimistic about prices are drawing a distinction between copper’s most recent plight and the market crash of three years ago. Today’s market fundamentals appear to be on the side of the raw material.

“Different to 2008, we have no sharp cancellations of orders but more a cautious approach with companies still not too negative about prospects for next year,” Herwig Schmidt, Head of Sales at Triland Metals in  London, told Copper Investing News.

While strength and stability in copper’s price are cheered, these characteristics seem to serve as an inspiration to criminal activity. Without the proper controls in place, a commodity rebound could be tainted by crime.

Historically, commodity thieves emerge when both the price and demand for raw materials and natural resources are peaking. Despite the recent market sell-off that left copper traders nervous, however, desperate times continue to bring out the worst in otherwise unsuspecting residents.

To place copper theft in perspective, it’s no Pink Panther jewelry heist. Wyatt Redmond, vice president of the Eastern Recyclers Association in Nova Scotia, is cited in CBC as saying that less than three percent of the world’s scrap metals are the object of theft.

Nonetheless, commodity crimes create hardship for many innocent targets. The pain is felt financially by countries, local communities, as well individuals and families who are indirect victims and who may or may not follow the course of commodity prices. And it undermines the market forces that dictate supply, demand and price for commodities.

Since 2008, the global economy has been roiled by a worldwide recession, soaring unemployment and precarious credit markets. A double-dip recession continues to threaten and some argue that — barring results from the formal indicators, primarily gross domestic product — there is little evidence to support that we have avoided this dreadful fate.

Perhaps it is these conditions — combined with generally loosely regulated scrap metal and recycling markets — that have driven otherwise non-assuming people to a life of crime. Copper criminals could soon meet their nemesis, however, as market participants turn their attention toward the escalating problem.

“In some countries it is already illegal for scrap traders to pay for goods in cash from a certain sum. Also some countries require ID of sellers. It is still not resolved but under discussion,” said Schmidt, who also presides as a delegate for Eurometrec, an umbrella organization for metals traders across Europe.

Market participants are calling for harsher penalties for intruders, including severe prison time and greater fines. Legislation is still taking shape across regions, but dialog between industry representatives and lawmakers is occurring. Perhaps more importantly, awareness of the issue is spreading. Law enforcement is engaged and asking for common-sense measures to be taken across receiving yards before transactions are completed.

After losing his job in the auto-parts industry earlier this year, a groom-to-be and his fiance’ resorted to unraveling local utility poles to finance their wedding. The pair allegedly swiped copper wires from a small Pennsylvania municipality and proceeded to sell the scrap metal in the recycling market, according to CNBC. Now the couple faces theft charges and the town is left to fix approximately US $7,200 in damages across 18 utility poles.

Copper thieves appear to be equal opportunity criminals who know no borders. South Africa identified commodity theft as a problem of such proportions that officials created an index to monitor activity.  According to CNBC, a spike in commodity thievery beginning at the height of the global economic crisis forced the hand of the country’s Chamber of Commerce to respond.

Now, the agency routinely measures criminal activity in the Copper Theft Barometer. In early 2011, the region was losing millions of dollars each month to copper thieves, although the totals were trending lower by mid-summer.

The act of copper theft appears to transcend age, as well. Earlier this year, a 75-year old Georgia national displaced the nearby country of Armenia from the electrical grid in her attempt to recover scrap metal. The retiree was apparently lured by the preceding run-up in copper prices and cut a fiber-optic line in her haste to pocket some of those profits.

The US is a major exporter of scrap metal. Indeed, a record was set when nearly one-million tons of copper and metal alloys were exported from the country in 2010, according to the Copper Development Association. A surge in demand over the recent decade has been fueled in large part by an industrial revolution unfolding in emerging economies, including China.

In fact, traders peg the recent pullback in copper prices to waning manufacturing activity in the far East. Some suspect that copper’s reversal is not only in response to the credit crisis gripping European countries, but also a sign of contagion to the Asian economy.

Not so, says Jonathan Barratt, Commodity Broking Services managing director, on CNBC Asia. While acknowledging copper’s technical dip into bear-market territory, he insists that consumption will return and the Chinese, for one, are merely playing it shrewd. “China is actually waiting for the market to come to them because of the crisis in Europe and America and is not eager to take on the markets… I still feel that China needs to restock and they’ll be on the bid at any dip,” said Barratt.

Perhaps if  copper thieves had the fortitude to follow China’s example and wait for the price of the raw material to bottom, they too could legally participate in an eventual comeback. Whether scrap metal regulators are ready or not, market signs appear to be pointing toward recovery. “Regarding the direction of copper prices, there were many discussions during LME week which led to a slightly more positive picture as the industry only slowly felt the impact of the financial markets,” said Triland Metals’ Schmidt.