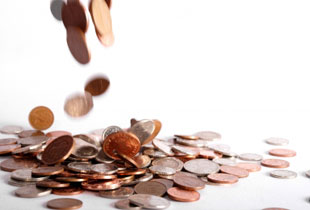 Copper has been under pressure recently, as an anemic economic recovery in the United States, and fears over a potential insolvency in some EU countries have dampened the metal’s demand prospects. Copper’s downside has been somewhat limited, however, over belief that robust demand from China and declining supplies from ageing mines would maintain a market in deficit. On Thursday, the tone changed over China’s ability to buoy the copper market when the country released a preliminary purchasing manager’s index of 49.4. A reading below 50 signals contraction.

Copper prices were already at a 10-month low, before the release of China’s PMI.  Copper has dropped this year as Europe’s debt crisis and the possibility of another U.S. recession has dimmed the demand outlook for all industrial metals. “The meltdown of 2008 is in the cards if the defaults start in Euroland,” said David Threlkeld, president of Resolved Inc., a copper trading company in Scottsdale, Arizona. During the recession of 2008 copper fell 54 percent.  Since copper hit a record price of $10,190 a tonne on the LME, on February 15th, prices have dropped 23 percent, if copper closes at or below $8,152 a tonne, the red metal will official enter “bear market” territory.

Copper’s recovered quickly from the recession, on the back of aggressive stockpiling by China. China purchased so much of the metal that analyst realized that there could be a supply deficit in the copper market before new supplies came online.  Unfortunately, the global economic recovery has met major resistance so far in 2011, and now the market may actually witness a surplus. According to the World Bureau of Metal Statistics, the global copper market had a surplus of 260,500 tonnes in January to July compared with a surplus of 76,000 tonnes in the whole of last year. World refined production for January to July rose to 11.21 million tonnes, up 1.1 percent compared with the same months last year. Global consumption was 10.953 million tonnes and the 2010 calendar year total was 19.09 million tonnes. “Chinese apparent consumption fell by 272 kt to 4115 kt which represented 37.6 percent of global demand,” WBMS said in a statement.

The larger-than-expected surplus may be behind copper’s ability to withstand supply threats. The market has experienced a great deal of labour disputes this year, but they have not really impacted prices. Right now, there is an ongoing strike at Freeport-McMoRan Copper and Gold Inc.’s (NYSE:FCX) Grasberg mine in Indonesia. The 30-day protest, which miners embarked upon last week, is denting output at the world’s largest publicly traded copper producer. In a statement, Freeport said the hit to copper output is estimated at 3 million pounds for every day of the strike, and will likely prevent the company from meeting its third-quarter sales estimates. Further complicating the situation is the fact that miners at Freeport’s Cerro Verde mine in Peru will start an indefinite strike next week. On Tuesday, Chief Executive Officer Richard Adkerson said only that production had been slowed “significantly.” While the strike has not yet impacted prices, according to one analyst, if the strike does last for the full 30-days it will likely provide some support. “Over just a day or two, it’s not a game-changing amount, but if the unions remain true to their word and hold for a full 30-day strike, that’s nearly 40,000 tonnes of copper, which is significant, according to Nicholas Snowdon, an analyst with Barclays Capital (NYSE:BCS). The miners’ union is demanding an hourly pay raise to between $17.50 and $43.00, from a current rate of $1.50 to $3.00.