Copper hit a week low Tuesday, as fears over China’s economic strength prompted selling of base metals. On the LME, copper for delivery in three months was down 3.7 percent to $6,680 per tonne. 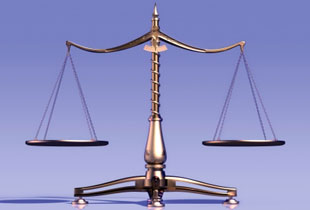 Copper hit a week low Tuesday, as fears over China’s economic strength prompted selling of base metals. On the LME, copper for delivery in three months was down 3.7 percent to $6,680 per tonne.

Futures for July delivery dropped 5.85 cents, or 1.9 percent, to $3.046 a pound at 8:07 a.m. on the COMEX in New York. Copper for delivery in three months fell 3 percent to $6,729 a metric tonne on the London Metal Exchange.  Both the LME and the COMEX were closed Monday for national holidays.

On Monday, The China Federation of Logistics and Purchasing released its Purchasing Managers Index (PMI) for May. The results showed that the PMI dropped to 53.9 in May from 55.7 in April; readings above 50 indicate an expansion.

Adding further impetus to copper’s downside was a strong greenback. So far this year the dollar index has gained 12 percent, and the struggling European economy has sent the euro back 15 percent against the greenback. Copper fell today as the index gained as much as 1 percent, advancing for a sixth day in seven.

Despite copper’s recent downside, analysts claim that copper market fundamentals remain strong. The commodities have recently suffered their biggest slump since the collapse of Lehman Brothers.  The slump is a result of risk-adverse investors abandoning their positions in commodities, at the onset of data pointing toward stalling economic growth. Goldman Sachs’ head of commodities research, Jeffrey Curries, predicts copper will rise to $7,755 per metric tonne by the end of the year, as global economic growth increases demand for the metal prevalent in construction.

Inventories are still on the decline. Copper stockpiles tracked by the LME slipped for a 10th day today to 475,575 tonnes. Stockpiles have dropped 14 percent since this year’s peak on February 18. Bookings to remove metal from warehouses fell for a fourth day to 22,225 tonnes.

Tongling Nonferrous Metals Group Holdings Co. and the China Railway Construction Corp have jointly acquired a 96.9 percent stake in Canadian miner. The deal, worth a total of CDN $657.7 million, marks China’s second largest investment in an overseas copper mine. Corriente is engaged in copper, gold, silver, and molybdenum prospecting and exploitation, owns 17 mining rights in southeastern Ecuador, with a primarily proven copper reserve of 11.54 million tonnes.

Xstrata Plc and employees at its Montreal copper refinery reached a tentative agreement last Thursday on a new three-year labor deal, “We have an agreement in principle,” Gilles Bordeleau, president of the United Steelworkers union Local 6887. Bordeleau declined to specify terms of the proposed accord until union members have had a chance to review them. The Montreal refinery has about 550 employees, about 400 of the workers are unionized.

Kiska Metals Corporation has entered into a non-binding letter of intent with Kennecott Exploration Company to acquire a 100 percent interest in the Copper Joe Property. Copper Joe is a copper-gold-molybdenum porphyry prospect located 50 km south-southwest of the Company’s Whistler Project in Alaska. The target was only recently discovered by Kennecott and has yet to be tested by drilling.  Kiska can earn a 100 percent interest in the Copper Joe Property from Kennecott Exploration Company, by incurring a total of US $5.0 million in exploration expenditures by December 31, 2015, including a commitment to US $170,000 in exploration by December 31, 2011. Kiska will pay Kennecott a one-time cash payment of US $10 million upon completion of a positive 43-101 compliant pre-feasibility study.  Upon signing of a definitive agreement, exploration on the Property will begin this field season.