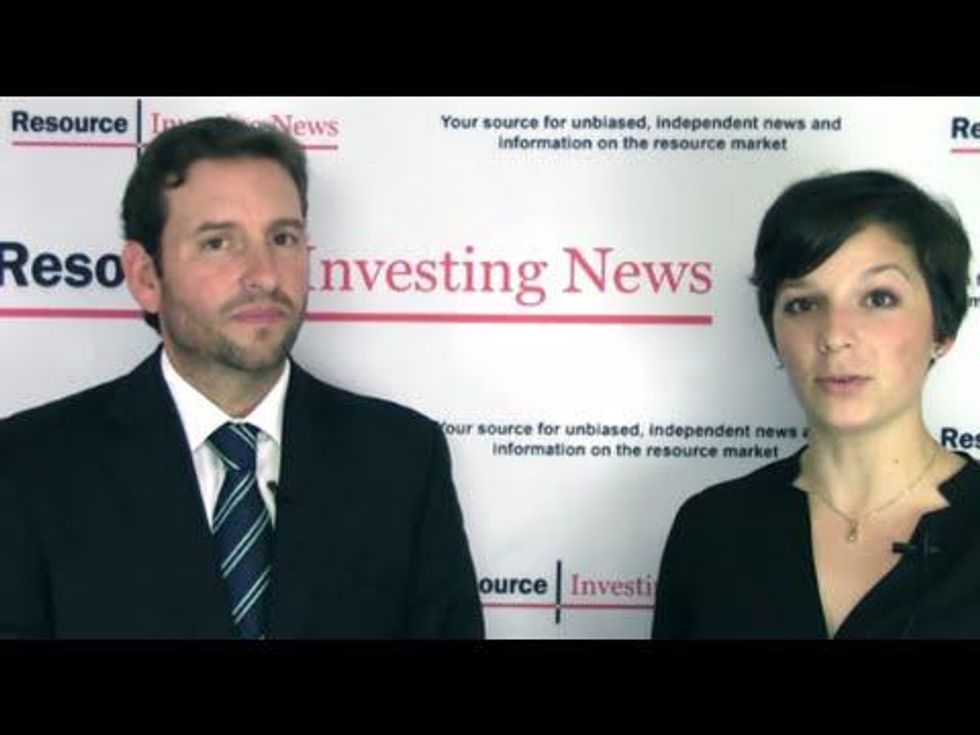 If you’re looking for a family with a strong history in mining, look no further than the Ganoza family. The Ganozas took Fortuna Silver Mines from a start up to where it is today, and they’re now attempting to do it again with copper-focused Atico Mining. The Investing News Network was able to chat with CEO Fernando Ganoza about the company and what it’s been up to lately.

If you’re looking for a family with a strong history in mining, look no further than the Ganoza family. The Ganozas took Fortuna Silver Mines (TSX:FVI,NYSE:FSM) from a start up to where it is today, and they’re now attempting to do it again with copper-focused Atico Mining (TSXV:ATY).

The Investing News Network was able to chat with CEO Fernando Ganoza about the company and what it’s been up to lately.

At the start of May, Atico reported intercepts of 6.26 percent copper and 1.85 g/t gold over 70 meters in one hole at the mine. Certainly, that grabbed the attention of market watchers.

“El Roble is a VMS deposit that has been in operation for over 20 years, and it has been mining exceptionally high grades, in terms of what you commonly see out there for copper deposits and in particular for VMS deposits,” Ganoza said. “There’s good potential for the mineralization to continue at depth. We’re still in a very high-grade copper and gold zone.”

Atico took over at the mine back in November 2013 and has been aiming to ramp up operations since then. This year, Atico had some problems with equipment commissioning that put it behind its production targets for the first quarter. However, the company still reported significant increases in copper and gold production year-over-year (43 percent and 90 percent, respectively), and Ganoza believes that the company will still reach its targets for the year.

Ganoza also spoke about the benefits and challenges of mining in Colombia and about what else investors can expect to see from Atico this year. Watch the video below for more of his thoughts:

RIN: Atico is operating the El Roble mine in Colombia. Could you tell us a bit more about the company?

FG: Absolutely. Atico is a fairly new company. The group behind Atico is the Ganoza family, responsible of growing Fortuna Silver Mines from a startup to where it is today. And basically we’re trying to follow the Fortuna steps in terms of focusing on high-margin operations in Latin America to turn Atico into a premium mid-sized producer.

RIN: Atico has been reporting some very high-grade intercepts out of step-out drilling at the Zeus body at your El Roble mine. How do those grades compare to other projects around the world right now?

FG: Well, El Roble is a VMS deposit that has been in operation for over 20 years, and it has been mining exceptionally high grades in terms of what you commonly see out there for copper deposits and in particular, for VMS deposits. It’s very high grade and there are few deposits that are higher grade than El Roble out there.

RIN: And you’ve mentioned that Zeus accounts for about 40% of the identified resources at El Roble and that any material expansion in the mineralization there could really affect the overall resource of the mine. So can you explain your hypothesis that the mineralization increases at depth?

FG: Absolutely. So, our geological information that we have is basically indicating that there is a good probability that the mineralization keeps going at depth because of the high grades that we’re seeing in this part of the resource. We think we’re still close to the feeder zone. Geologically speaking, that means that there is good potential for mineralization to continue at depth. We’re still in the very high-grade copper and gold zone.

RIN: And you’ve also been working to ramp up production at El Roble since taking over the mine. How is that going and are you on track to reach your goals for 2015?

FG: I think we are. So we took over the operation in November 2013. And over a year, we were able to get it up to 650 tonnes per day as a nominal capacity, that’s over a 50 percent increase from where we took over the operation. We had some problems with commissioning of equipment earlier this year. They are behind us now, and we are confident we are going to be able to get to our 2015 goals.

RIN: Great. And I want to ask about illegal mining as well. It’s been pegged as a problem in Colombia in the past. How has that affected Atico’s operations?

FG: So, luckily for us, there’s no illegal mining within the Atico claims, since it’s a mostly copper deposit and even though the gold rates are high, they’re not high enough to attract illegal mining. So, we’re clear of illegal mining at El Roble.

RIN: And what is the climate like in terms of gaining social license to operate in Colombia? Do you think there is any benefit for mining there relative to other regions?

FG: Well, the so-called social license in Colombia, as in many other parts, could be a challenge depending on where you are, where the deposit is located. In our specific case, El Roble has been operating for over 20 years. So the area is very mine-friendly. It’s very used to mining.

RIN: And Colombia’s Mine Minister has said that he’s working to make things easier for foreign companies investing in mining projects in Colombia. Is that something you’re seeing?

FG: Yes, I think Colombia is slowly walking in the right direction, not as fast as many would like to see the government moving. But I think we are moving along and we’re seeing progress.

RIN: And finally, when can investors expect to see more drill results and updated resource for El Roble?

FG: Later this year, we should putting out a resource estimate. And periodically, let’s say, every month and a half or two months, we’re going to be updating the market with drill results.

RIN: Great. We look forward to it.

FG: Thank you very much.

RIN: Thanks for joining me, Fernando.