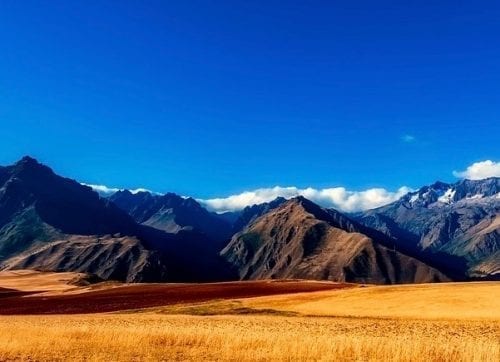 Anglo American has given itself the go ahead for its US$5-billion Quellaveco copper project in Peru after securing a joint venture partner last month.

It’s blue skies ahead for Anglo American’s (LSE:AAL) US$5-billion Quellaveco copper project in Peru, after it gave itself the go-ahead to proceed with development.

“We see significant potential to expand Quellaveco beyond its current 30-year reserve life as well as to increase throughput above the initial capacity of 127,500 tonnes per day,” said Cutifani.

He said that his company was pleased to develop the project together with its partners Mitsubishi (TSE:8058), which came on as a 40-percent partner in mid-June following a long search for another company to help shoulder costs.

According to the release, development will proceed once the transaction between Anglo American and Mitsubishi is concluded, which is expected in Q3.

Mitsubishi bought 21.9 percent of the project off Anglo American, to make it a 60-40 split with Anglo American controlling the project. The Japanese company spent US$600 million for its slice, of which US$500 million will be pre-funding of Anglo American’s share of the US$5-US$5.3 billion capital expenditure.

“First production of copper is expected in 2022, ramping up to full production in 2023,” said the release.

“During the first ten years of full production Quellaveco is expected to produce approximately 300,000 tonnes per year at a cash cost of US$1.05 per pound of copper.”

In hopes the company can avoid protests that have shut similar projects, Cutifani was sure to heap thanks on local communities in ensuring Quellaveco could proceed.

“We are grateful for the strong support we have gained from our host communities and at the national level. Quellaveco should bring very significant opportunities and sustainable benefits to the lives of those we employ, our business partners, the surrounding region and Peru as a whole, for decades to come,” he said.

In the release, the company said that it had gained the support of local communities through an 18-month consultation with local authorities and community representatives in the Moquegua region where the mine is located.

For the support, the company agreed to “26 detailed and specific long-term commitments relating to water management, environmental protection and social investment.”

Some of the commitments it made were to draw water from a river “whose water is naturally unfit for human or agricultural use” and to collect rainfall to provide to local communities.