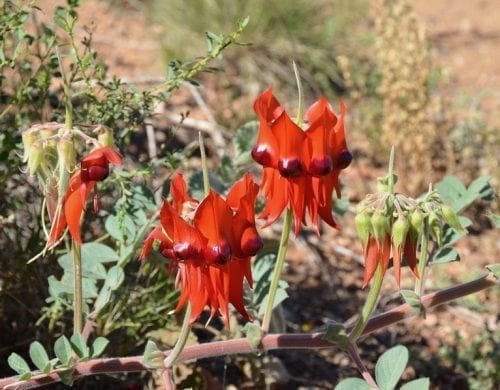 BHP has reported a productive quarter that saw it successfully negotiate with its workers to maintain copper production at the behemoth Escondida mine. But the company has still cut copper guidances due to an outage in South Australia.

The company described the disruption at its South Australian copper operations as an “unplanned acid plant outage,” which is a polite way of saying the boiler tubes failed, immediately halting production.

While underground mining at Olympic Dam continued, all processing was halted, making the operation the only part of BHP “not delivering an acceptable return on capital,” as per comments from company CEO Andrew Mackenzie in August.

Remediation works continue on the acid plant, and the company’s operation review reveals that it is revising its copper guidances for the entire financial year mainly due to Olympic Dam.

“Surface operations are expected to recommence at the end of October 2018 and ramp up to full capacity during November 2018,” says the report.

Also dragging down overall copper guidances was the company’s Spence operation in Chile, where planned maintenance and a fire clipped production for the year from 185,000 to 200,000 tonnes to 160,000 to 175,000 tonnes.

Staying in Chile, Escondida was the champion of BHP’s copper division, with production up by 10 percent on the previous quarter to 295,000 tonnes, and guidances unchanged.

BHP was modest in its report on worker relations at the mine, saying it “successfully completed negotiations” with the workers union — seeing off a repeat of 2017’s stoppage and single-handedly causing the copper price to drop as everyone holding their breath let out a sigh of relief.

Escondida’s contribution ensured the quarter’s copper production was up 1 percent year-on-year, but despite that was down 12 percent compared to June quarter production.

Another party pooper for BHP was a stoppage at its Kalgoorlie nickel-processing plant, which was shut down for a week after a fire ripped through the facility, leading the company to report a 16-percent reduction on the June quarter and an 8-percent reduction year-on-year to 21,400 tonnes of nickel.

BHP’s bread-and-butter iron ore operations were up year-on-year though, thanks in no small part to China, with production at 61 million tonnes. That’s up by 10 percent on the 2017 September quarter with maintained guidances for the year at 241 to 250 million tonnes.

Samarco in Brazil remains suspended, and BHP did not offer any further update despite the CEO of its joint venture partner Vale (NYSE:VALE) reportedly crossing his fingers for partial production in 2020.

It was reported earlier this month that they had both reached a settlement over the disaster with Brazilian authorities, potentially clearing the way for what Vale wishes for.

Additionally, in September BHP revealed that works were progressing well at its South Flank iron ore replacement mine in Western Australia, which will replace the 80-million-tonne-per-year Yandi mine that is reaching the end of its operational life.