It has been a roller-coaster year for copper, rattled by the Eurozone crisis and a slowdown in China. But supply remains tight as output is shaky. 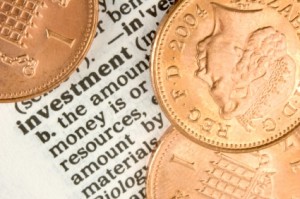 The past 12 months have been anything but dull in the copper market, and the year to come is expected to be just as tumultuous for the red metal, with an array of economic and geopolitical wild cards looming on the horizon. For now, though, the bulls appear to be overshadowing the bears, despite the considerable downside risks in the global economy.

Copper prices have fallen by nearly 25 percent since the beginning of this year, peaking at just over $10,000 a ton and falling below $7,000 amid worries about the Eurozone’s debt crisis spilling over across the world market, and weakening demand in China which continues to lead demand for the industrial metal.

Concerns over Europe’s ability to deal with the debt crisis bogging down the Eurozone reached a heightened frenzy by late September amid fears of default in Greece in particular. A near panic about Europe’s future has rattled industrial confidence across the continent and beyond. The International Copper Study Group (ICSG) reported that demand for the red metal fell steadily as the year progressed, with third quarter copper usage in the European Union falling by nearly 9 percent from a year ago and almost 5 percent in the United States, while the record-breaking earthquake in March too contributed to Japan’s use of copper to fall 12 percent from a year ago.

Yet, global demand for copper outside of those three major regions actually increased by 5 percent from a year ago, with usage in Russia surging 72 percent and by 7 percent in India, according to the ICSG.

Asia continues to lead world demand for the red metal, accounting for about 60 percent of global copper consumption, with China making up over half of the regional market’s share. Beijing reported third quarter GDP growing at its slowest pace in nearly two years on the one hand while rising inflationary pressure is increasing expectations that the central bank will be forced to raise interest rates soon, industrial growth is seen to falter. Still, as China has been drawing on its own refined copper inventories in recent months which have reduced excess stocks, expectations of a restocking campaign remain. Coupled with continued government commitment for construction and infrastructure development which will require heavy use of copper cable and other materials, China is expected to remain the world’s top copper consumer.

A slowdown in demand, however, may be offset by a further tightening in on the supply side as has been the case throughout 2011. A slew of strikes across the globe have added to the anxieties of copper producer, not least Freeport-McMoRan (NYSE:FCX), which dealt with a three-month strike at its Grasberg mine in Indonesia. Freeport’s mine strikes have cost the company about 2 million pounds a day in production. While the company was able to reach a deal with union workers by increasing their wages, mine workers elsewhere across the globe have gone on strike to rally for better pay and working conditions, including miners at Chile’s Collahuasi mine owned jointly byXstrata (LSE:XTA) and Anglo American (LSE:AAL) and BHP Billiton (ASX:BHP)’s Escondida mine in Chile. The Macquarie Group, meanwhile, cautioned in a research paper this month that “global copper mine output has continually disappointed forecasts, and more importantly, market needs over a number of years now, despite the strong financial incentive not only from high copper prices but also by-product prices and a fall in processing fees paid by miners to smelters.”

Copper thieves on the loose

While copper prices have fallen considerably over the year, the market for scrap red metal remains robust. The US Department of Energy stated that since 2004 when copper prices began to surge, there has also been a rise in copper theft. What’s more, even as the red metal’s price has cooled down, London has seen an 85 percent increase in copper thefts compared to year ago, and the House of Commons passed a bill in November to take greater punitive action against the thieves and to regulate the scrap metal trade. The bill would update the 1964 Scrap Metal Dealers Act by requiring scrap metal dealers to be licensed and also giving greater power to law enforcers to close down scrap yards violating the law. The bill is, however, facing opposition from the British scrap metals industry which argues that banning companies from paying for scrap in cash would encourage the black market to flourish.

Garrett Nelson, an analyst at BB&T Capital Markets, however, expects the price to average $3.25 a pound next year. “Most analysts are too optimistic,” Nelson said, arguing that the market is actually in balance or even in surplus.

Chile’s central bank too is less optimistic than most on Wall Street as it cut back its average copper price projection to $3.50 a pound from a previous view of $3.70 a pound. For this year, the central bank expects copper price to average $4.01 a pound, down from its previous estimate of $4.15.