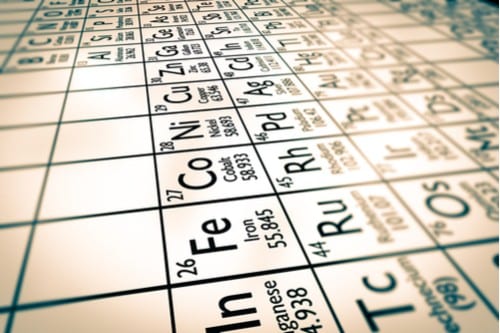 What happened to base metals this week? Here’s a look at the top stories covered by the Investing News Network.

This past week was tough for most base metals, with iron as the only one to make any gains.

The nickel price trended down during the period, seeing a 2.35 percent decrease over the course of the week. The metal was trading for US$15,720 per metric ton on Monday (November 11) and had dropped to US$15,350 by Thursday (November 14).

Nickel’s price has fluctuated considerably these past few months as Indonesia works through the details of its ban on nickel ore exports. Just this week, Indonesia announced that its anti-monopoly body will investigate nickel smelters accused of forming a monopoly.

Despite making up for some of its losses on Thursday, copper was still down by 0.38 percent over the course of the week.

Unlike the other base metals, iron was on the rise this week, increasing by 2.76 percent. Iron was trading for US$80.30 per metric ton on Monday and finished the week strong at US$82.52 on Thursday.

Nyrstar (OTC Pink:NYRSY,EBR:NYR), a Swiss miner, announced that it will reopen its Port Pirie lead smelter in Australia in the coming weeks. The smelter was originally shut down back in June due to issues with its top submerged lance furnace. Since that shutdown, Nyrstar has invested AU$20 million to improve the smelter and recruit other employees.

The company also struggled in Q2 2019. The low numbers are linked to the dam collapse that occurred at Vale’s Córrego do Feijão mine earlier this year.

As mentioned, the government of Indonesia announced that its anti-monopoly body will investigate nickel smelters in the country. The investigation was launched after members of the country’s nickel miners association put forward a complaint.

Other base metals news

In other news, global mining company BHP (ASX:BHP,NYSE:BHP,LSE:BLT) has named its new CEO: Mike Henry will lead the company, succeeding Andrew Mackenzie. Henry joined BHP in 2003 and has led its Australian operations for the past three years.

One response to “Base Metals Weekly Round-Up: Iron Ore Sees the Light”