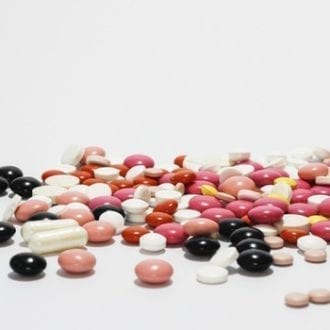 Here are the five top stories that caught the attention of our investor audience in the pharmaceutical business during 2017.

During 2017 the world of pharmaceuticals saw new challenges and obtuse policy chatter from the US government, while it’s long-term growth may have slowed down, the market still brought many exciting stories.
Below, the Investing News Network (INN) takes a closer look at the five most-read pharma stories of the year. Scroll down to take a look at the stories that caught the attention of INN’s investor audience during 2017.

In January INN reported on 10 drugs on the market that would lose their exclusivity through patents in 2017, meaning companies could develop generic versions of the drug and sell them for a lower price.
The list included Merck’s (NYSE:MRK) Invanz, Vytorin, Cancidas and Cubicin, Pfizer (NYSE:PFE) Somavert and Relpax.
“Investors should pay careful attention to patent expirations and closely examine company pipelines to see how well-prepared a pharmaceutical manufacturer is to withstand losses,” the report indicated

Intellipharmaceutics International (NASDAQ:IPCI; TSX:IPCI) discussed with INN in March its drug development technology, its CEO, Dr. Isa Odidi, talked about the challenges with the US Food and Drug Administration (FDA) trials and the work of their competitors.
“I think our company and our stock is for investors that are supposed to be into long-term investment, not just those that want to come and flip and make quick money,” Dr. Odidi said.

INN reported on the inclusion of Living Cell Technologies (ASX:LCT; OTCQX:LVCLY) and Avita Medical (ASX:AVH; OTCQX:AVMXY) in the OTCQX Best 50 for 2017. This list is an annual ranking of the top 50 U.S. and international companies traded on the OTCQX Best Market.

ProMetic Life Sciences (TSX:PLI; OTCQX:PFSCF) saw an increase to its share price on September 25 after the company obtained a clearance from the FDA for a phase two and three clinical trials on their candidate PBI-4050.
“ProMetic also indicated it will follow this approval with clinical trial applications in Canada, Europe, Australia, and Japan throughout the rest of the year,” the report said.

In January, then president-elect Donald Trump provided some commentary on the state of the pharmaceutical industry. “Our drug industry has been disastrous,” Trump said at a press conference. The market reacted poorly to this evaluation, the president’s comments at the time caused the NASDAQ Biotechnology Index (INDEXNASDAQ:NBI) and iShares NASDAQ Biotechnology Index ETF (NASDAQ:IBB) to go down nearly 3 percent.
Don’t forget to follow us @INN_LifeScience for real-time news updates!
Securities Disclosure: I, Bryan Mc Govern, hold no direct investment interest in any company mentioned in this article.