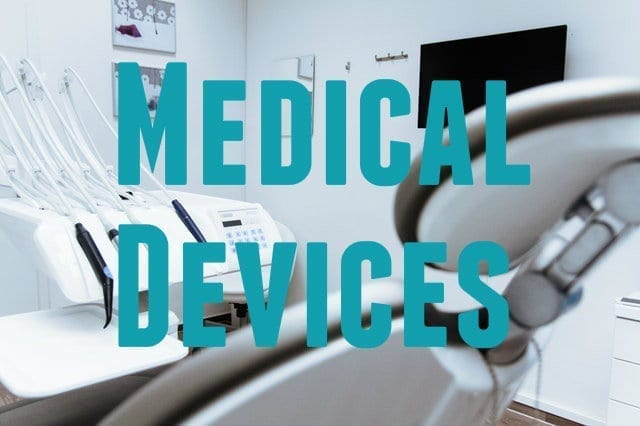 The medical devices sector is currently worth $389 billion. What were the top medical device news this year? INN compiled a list of the top headlines.

While medical devices may not be in the spotlight much, the sector continues to grow and is estimated to be worth an impressive $389 billion. With baby boomers’ ever-increasing need for all things medical, we can only expect that number to climb.
We also saw medical devices spread across a spectrum of different industries and use-cases. This year medical devices brought in new innovations addressing all kinds of fields–from robotics to battling opioid addiction.
With that in mind, what were the top headlines of the year? Here at the Investing News Network (INN), we’ve compiled a list of our top five most read medical device news stories of 2017.

RepliCel CEO: Anticipating the Approval of Their Dermal Injector, its Impact in Europe and Beyond

INN’s most read medical device story this year was an interview with the CEO of RepliCel Life Sciences (CVE: RP), Lee Buckler. RepliCel is a regenerative medicine company which develops cell therapies to treat patients with depleted healthy cell counts.  At the time the article was published, the company suffered over a 50 percent  loss to its share price on the TSXV, while shareholders lose patience in the company’s “pre-revenue stage”. However, RepliCel has been re-strategizing their business plan and has hope for their latest inventions.
This includes the RCI-02 dermal injectors, which if approved by CE Mark, will be enabled to enter the European market. The company’s stem cell research on the other hand might reach the other side of the globe in Japan. RepliCel has a licensing deal in Japan with Shiseido. If their RCI-01 product gets approved under the Japanese Pharmaceuticals and Medical Devices Agency, it could be covered by Japan’s national health insurance system. That could translate into a windfall of revenue for both partners.
Want to know more? Read the full CEO interview.

The Potential of Surgical Robotics

The next medical device news article delved into the exciting new realm of surgical robotics. While one can easily imagine a future where robots conduct full surgeries, the role of robotics is one of support for the time being. Doctors and other medical professionals will continue to direct and perform much of the tasks during surgery, but robotics will offer a helping robotic hand for procedures requiring laser-like precision. However, robotics still has a ways to go.
In this story we hear from Dr. Mona Orady, director of robotic surgery services with St. Francis Memorial Hospital, about the challenges robotics faces moving forward and what competition is out there on the market as the technology continues to evolve.

Opioid addiction and overdoses have been a huge concern across North America in the past few years. In November a new medical device was approved by the FDA, and it claims to reduce withdrawal symptoms. The device, named NSS-2 Bridge, affects the nervous system and makes the user more comfortable during the withdrawal period. Therefore, it’s aimed at helping people kick the drug which could mean less overdoses as well if patients are thus able to quit opioid use for good.
With what many have dubbed a public health crisis at hand, there is certainly enough need out there for such a product.

In Q4 of 2017, the FDA introduced new guidelines for promoting new medical devices. They’ve created a questionnaire named the medical device development tool (MDDT). It’s designed to better measure patient’s health information specific to those with heart failure. Gathering more information will help inform engineers’ new designs for medical devices moving forward, to create products which will work better for patients.
The FDA also announced the release of three more guidance documents for medical device manufacturers. What were they? Read on to find out.

Keeping with the theme of  FDA-related stories, a report came out in August that  put the FDA under fire. The report, written by a handful of doctors, found that less than half of the trials for high risk medical device modifications were randomized. Even fewer were blind tests, making them vulnerable to bias. Why would the FDA do this? Pressure. The FDA had reportedly been buckling under pressure to approve devices at a greater speed according to one of the authors of the study, Dr. Rita Redberg.
What happens next? What will this mean for manufacturer’s legal protection if FDA approval is declared null and void? Will patients successfully sue if these high-risk devices malfunction? Read on to find out.

Closing out INN’s most read medical device stories of the year is news is Philips North America’s court ruling against their defibrillators, a huge blow to the company. The company was inspected by the FDA and received criticism on its manufacturing facilities in Massachusetts and Washington. Apparently the facilities were not up to code for external defibrillators AED and Q-CPR Meters. The ruling didn’t stop there. Two company employees were singled out for letting standards slip through the wayside. 47,000 defibrillators were recalled earlier this year.
What will Philips do moving forward? How will the company’s business be impacted?
What were your top medical device news stories of 2017? Which medical device companies are you excited about? Let us know in the comments below.
Don’t forget to follow us @INN_Technology for real-time news updates!
Securities Disclosure: I, Amanda Kay, currently hold no investment in any of the companies mentioned in this article.