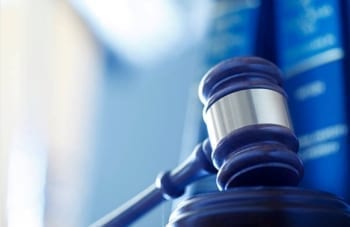 The American division of Koninklijke Philips got a permanent injunction from a federal judge preventing the company and two members from distributing specific defibrillators.

Last Tuesday (October 31) Philips faced the decision of a US federal judge preventing the medical device behemoth from distributing defibrillators in the American market. Now the company has outlined its intentions and details the impact this setback will have on their earnings.
Philips North America LLC, a division of Netherlands-based Koninklijke Philips AG (NYSE:PHG, AEX:PHIA) was faced with critical inspections from the US Food and Drug Administration (FDA) on its manufacturing facilities in Andover, Massachusetts, and in Bothell, Washington.
The FDA, represented by the Department of Justice in this dispute, argued the compliance levels with “good manufacturing practice requirements” were not up to standard for the production of automatic external defibrillators AED and Q-CPR Meters.

It was then, last week when the FDA shared the permanent injunction decision against the company and two company officers, ruled by District Judge Denise Casper.
The two named company members were Carla Kriwet, chief business leader of connected care and health informatics, and Ojas Buch, vice president of quality and regulatory. According to their LinkedIn profiles, both Kriwet and Buch are still employed at Philips.
“By not adequately addressing corrective and preventative actions with their AEDs in a timely manner, Philips distributed adulterated products that put people at risk,” Melinda Plaisier, associate commissioner for regulatory affairs at the FDA said.
A report from Reuters indicates the company will begin employing “heightened scrutiny” in the manufacturing process of defibrillators not affected by the critical eye of the FDA.
“In March, the FDA ordered the recall of 47,000 Philips defibrillators manufactured between 2004 and late 2016,” the article stated.
Reuters also indicated Philips plans to continue manufacturing some of their defibrillator devices and will restart the work from the disclosed facilities after it achieves “certain requirements.”

Projections on impact for Philips business

Just last month the company halted production of the defibrillators from two of its US facilities after complying with the request from the Department of Justice. At the time, the company projected a decline in sales worth €20 million–roughly $23.1 million of gross earnings. The company indicated sales for all affected lines of external defibrillators were approximately €35 million each quarter last year, or roughly $40.5 million.
Philips said the devices in question, currently in the market should not be removed.
On Wednesday (November 8) shares of Philips dropped 1.57 percent to close at $40.22 on the NYSE. Since the district judge ruling came down last Tuesday, Philips share value has gone down 0.1 percent.
Don’t forget to follow us @INN_LifeScience  for real-time news updates.
Securities Disclosure: I, Bryan Mc Govern, hold no investment interest in any of the companies mentioned.

How the US Section 232 Probe Could Impact the Vanadium Market
Demand for Canadian Organic Foods Creating Opportunities in the Organic Fertilizer Industry
Coronavirus Round-Up: US Consumer Spending Sinks in April
IWCC: COVID-19 to Increase Copper Oversupply in 2020