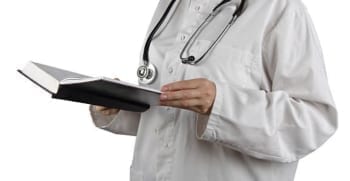 In order to keep a closer look on the effectiveness of cardiovascular devices, the US Food and Drug Administration is introducing new guidelines for the promotion of medical device innovation.

In order to keep a closer look on the effectiveness of cardiovascular devices, the US Food and Drug Administration is introducing new guidelines for the promotion of medical device innovation.
Commissioner Scott Gottlieb made a public statement on Tuesday, (October 24) detailing the new methods the regulatory agency plans to follow, including the introduction of a new questionnaire to measure health information reported from patients suffering from heart failure. Called the medical device development tool (MDDT), this survey, the agency hopes, will serve a “more objective platform” for the development of devices serving cardiovascular patients.
“The tool can be used to measure a heart failure patient’s health status, including clinical symptoms and the physical and social limitations caused by this condition,” Gottlieb added.

According to the commissioner, the MDDT will help medical device manufacturers in the future so that devices will be more efficient.
“Such a tool has the potential to help engineers designing heart failure devices to more efficiently and accurately quantify how much their device could actually improve a patient’s quality of life,” Gottlieb said in the announcement.
Earlier this year, the agency came under heavy criticism from a report indicating that, while the steps to get approved by the FDA were rigorous, a device didn’t face the same challenges in revision testing.
“These were short studies, with low-quality data, and little follow-up after approval,” Dr. Rita Redberg, senior author on the study said as it relates to the trials for modifications on approved medical devices.
At the time, a media officer for the FDA told Investing News Network (INN) the agency would carefully consider the findings of the study.

In Tuesday’s statement, the agency also announced that it’s releasing three brand new guidance documents for manufacturers of medical devices. Its first one relates to the new Breakthrough Devices Program, which wants to make available to patients devices that offer an advantage over devices approved by the FDA.
“The program described in the draft guidance would enable a more agile pre-submission process for breakthrough devices,” Gottlieb wrote.
The other two documents relate to the submitting process for 510(k) application from medical device companies.
The agency mentioned it would soon be revealing the full details of the previously announced Medical Innovation Access Plan.
Don’t forget to follow us @INN_LifeScience for real-time news updates.
Securities Disclosure: I, Bryan Mc Govern, hold no direct investment interest in any company mentioned in this article.