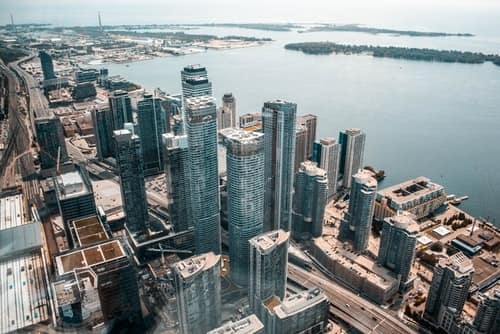 BBHIC is over for another year. In case you missed it, here’s a compilation of all INN’s video interviews from the event.

With the 2019 Bloom Burton & Co. Healthcare Investor Conference (BBHIC) officially over for another year, one thing was made very clear at the two day event based on attendance: sentiment in the life science sector is stronger than ever.

In his opening remarks on the show’s first day, Bloom Burton & Co. CEO Brian Bloom said that 600 investors and roughly 1,100 registrants from Canada, the US and Europe were in attendance, which made this year’s conference the biggest yet in its eight years.

The Investing News Network (INN) team was there covering the show — from company presentations to panel discussions — and conducting interviews with CEOs from a range of life science companies.

If you’ve missed our coverage, don’t worry. Below is a round-up of our video interviews from the show. You can also check out our BBHIC 2019 playlist on YouTube.

Zymeworks CEO: 2019 Will be “Replete” with News

In this interview, Zymeworks (TSX:ZYME,NYSE:ZYME) CEO Ali Tehrani shares an update regarding the company’s drug candidates ZW25 and ZW49, both of which are at different stages in the clinic.

ZW25 is Zymeworks’ lead candidate and is currently being tested in a number of clinical trials in Canada and the US to treat patients with HER2-expressing cancers. ZW49 is Zymeworks’ second lead candidate, based off the same framework as ZW25 but carrying the cytotoxic ZymeLink payload.

“Gastric cancer is a huge problem around the world, but specifically in the Asia-Pacific,” he said, explaining that most patients eventually succumb to the illness. “The opportunity to develop an asset that could give these patients … the opportunity to live their lives normally, to be able to live a long, happy life, is a tremendous opportunity that we take very seriously.”

Antibe Therapeutics CEO: Gearing Up to Be “Phase 3 Ready”

Dan Legault, CEO of Antibe Therapeutics (TSXV:ATE,OTCQB:ATBPF), spoke with INN about the company’s path to becoming “Phase 3 ready” sometime this summer thanks to its lead candidate, ATB-346.

According to Legault, ATB-346 has now entered the final stage of a Phase 2b study, which began at the end of March and aims to show that ATB-346 reduces osteoarthritis pain. Should the study go as expected, Antibe anticipates becoming a Phase 3 company by the end of the summer.

While the company revealed prior to BBHIC that Paradigm Capital will act as its financial advisor to support its nasal delivery technology for use in cannabinoids, CEO Ed Gudaitis said the company does not plan to become directly involved in the cannabis industry.

“We currently don’t intend to be a cannabis company,” he said. “But, we have a technology that could play in that space.”

Rice discusses the company’s product pipeline of CG-806 and APTO-253, which he says could be very effective for these patients.

Broadly, the SPORT Surgical System is a single port system used by surgeons when performing abdominal surgery. In terms of the device’s design freeze, McNally said it builds on 10 years of product development and validation from robotic surgeons.

“We gathered the input in 2017 from surgeons in three continents who operated our system and put the system through 45 different types of procedures and four subspecialties,” McNally said.

Like some other companies, Crescita Therapeutics (TSX:CTX) gave an update to investors ahead of the two day show. The company announced an out-licensing agreement with Cantabria Labs that will allow Cantabria Labs to sell and distribute Crescita’s Pliaglis platform in four more European countries.

Pliaglis is a prescription topical cream that is applied before certain dermatological procedures. Thanks to the partnership, the cream will be available in Italy, Portugal, France and Spain, extending the company’s presence to roughly 80 countries.

“Right now we have 24 countries where the product is approved by regulatory bodies and yet to be licensed,” CEO Serge Verreault said. “We’re having a lot of opportunity in the next … year to find great partners to license (Pliaglis) and launch the product in those countries.”