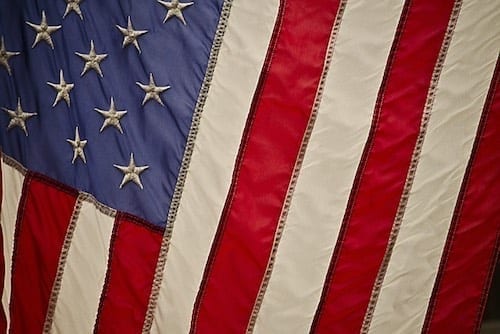 Canadian cannabis company TerrAscend announced its intentions to become a US multi-state operator of cannabis assets, with backing from a leading Canadian producer.

A Canadian cannabis operator announced its plans to pursue an entry into the US with support from a cannabis investment firm.

On Tuesday (October 9), TerrAscend (CSE:TER) revealed its plan to enter the fractured US market through the acquisition of operators in legal cannabis states with therapeutic or recreational portfolios.

Michael Nashat, president and CEO of TerrAscend said in the press release the company is targeting a “tremendous opportunity” for its shareholders in the US market.

Nashat indicated the company plans to grow its business organically through disciplined acquisitions. The model referenced by Nashat has been made popular by a collection of multi state operators of cannabis assets in the US.

Companies like iAnthus Capital Holdings (CSE:IAN), MPX Bioceuticals (CSE:MPX), CannaRoyalty (CSE:CRZ) and Green Thumb Industries (CSE:GTII) have gained the attention from investors who are now looking at the US cannabis market as an area with more significant potential gains than Canada.

These multi-state operators are all raising capital on the Canadian Securities Exchange (CSE) due to its lax stance on the US market compared to its TMX Group counterparts.

In the US, cannabis remains an illegal substance on a federal level under the Controlled Substances Act (CSA), despite the fact several states have legalized its use for medical and even recreational purposes.

Companies on the CSE have been allowed to pursue US operations so long as a regular risk disclosure form is shared with the exchange and shareholders.

From investors fearful of the US and LPs hastily divesting assets, to reorg’s for the purpose of entering the US in less than a year. Investor appetite is fickle, but I see this as a LT trend with others to follow. No question that investor focus/interest is shifting south ?? https://t.co/mXar5hfGaQ

TerrAscend holds a Canadian licensed producer (LP), Solace Health, within its portfolio of assets. Recreational product from Solace Health will be paired up with four other 1-gram strains from other producers in a new variety package product set to be sold in Ontario once adult-use sales become legal on October 17.

Solace will be tasked with overseeing the fulfillment and distribution of the new product to Ontario consumers through the new recreational sales plan in the province.

TerrAscend will count with financial support from Canopy Rivers (TSXV:RIV), a cannabis investment firm spin off from Canopy Growth (NYSE:CGC,TSX:WEED).

The relationship between the two companies is set to undergo a reorganization from the original investment deal set to require approval from a shareholder majority.

Due to the restrictions on the Toronto Stock Exchange (TSX) or TSX Venture Exchange (TSXV), both Canopy Growth and Rivers will exchange the current warrants of TerrAscend stock for common shares with equal value that will not have voting or participating power.

These new shares will remain until rule changes are made allowing for the investment in the direct US cannabis market through the legalization of the drug in the country.

Bruce Linton, co-CEO of Canopy Growth and acting CEO of Canopy Rivers, said the company is supportive of the reorganization and will support TerrAscend as it seeks opportunities in what he anticipates will be “the largest cannabis economy in the world.”

Acting as an independent financial advisor, Blair Franklin of Capital Partners stated this proposed reorganization would be “fair” for all shareholders involved.

As another company joins the US market, the multi-state operator play gains validation from companies seeking to pick specific entry spots and support valuable cannabis ventures.

2 responses to “TerrAscend Eyes Entry into US Cannabis Market”