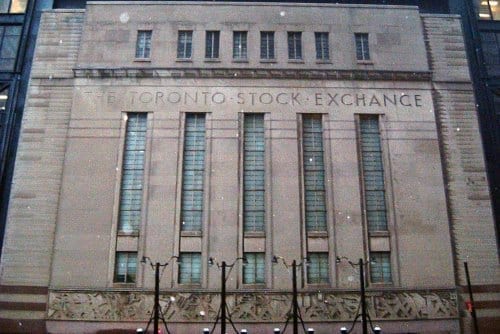 An executive for MSO Curaleaf Holdings says he has met with several senior exchanges to appeal for changes that would allow listings for US-based marijuana companies.

An executive for a multi-state operator of marijuana assets recently met with exchange regulators to appeal for ruling changes in order to allow US-based cannabis players to secure senior listings in Canada.

Though the cannabis sector has been growing rapidly, it has struggled to find legitimacy via recognition from larger financial institutions.

As it stands, the listing requirements for the Toronto Stock Exchange (TSX) prohibit American cannabis companies — even those that operate lawfully within certain state regulations — from listing their shares on the Canadian bourse.

Marijuana remains a Schedule I drug in the eyes of the US federal government, despite the state legalization programs seen across the country. That hasn’t stopped one US cannabis firm from campaigning for those requirements to be changed, however.

At a recent symposium on US cannabis companies held by Canaccord Genuity Group (TSX:CF), Curaleaf Holdings (CSE:CURA,OTCQX:CURLF) Chairman Boris Jordan told investors the company would be meeting with executives from the Canadian exchange in an attempt to shift the language of the requirements currently preventing American marijuana firms from listing.

Jordan noted that Curaleaf had already met with executives from the NASDAQ and the New York Stock Exchange to look for a similar language change to allow these companies to list on those senior exchanges.

For the most recent meeting with the TSX, Jordan said Canaccord President and CEO Dan Daviau helped facilitate the conversation between the cannabis company and the exchange.

When asked about the nature of the meeting, a spokesperson for the TMX Group (TSX:X) would not confirm or deny the meeting took place, citing a privacy policy. In an email to the Investing News Network (INN), the exchange stated it “continues to monitor the ongoing evolution of legislation applicable to the marijuana sector.”

Curaleaf, for its part, told INN in an email statement, “(The company) routinely meets with members of the financial community. This includes representatives from stock exchanges regarding ways to increase accessibility and liquidity for investors.”

In 2017, TMX Group first cracked down on US cannabis companies when it decided US federal law would take precedence over state laws, meaning companies that dealt with the plant directly were in violation of federal legislation and TMX listing rules.

The initial decision from the exchange regulator led to a stare-down with Aphria (NYSE:APHA,TSX:APHA) regarding active US marijuana assets. The TMX Group has since retained its stance on the ruling surrounding US marijuana activities.

Earlier this year at the Vancouver edition of the Lift & Co. (TSXV:LIFT,OTCQX:LFCOF) Cannabis Business Conference, Brady Fletcher, managing director and head of the TSX Venture Exchange (TSXV), said the exchange doesn’t plan on changing its policy, preventing marijuana firms with US assets from listing.

“That regime that we are operating in … does require that the businesses have a legal business in all jurisdictions that they operate in,” Fletcher said, explaining the rationale of the exchange operators.

A change in the rules for US cannabis companies and securing a TSX listing, would mean more access to capital, according to Evolve Funds Group executive Elliot Johnson.

Johnson, chief investment officer and chief operating officer at Evolve, told INN a change in the requirements for listing on the TSX would further legitimize the industry. He added it could also increase the valuation of a company and make it more attractive to potential talent additions to the space.

And for the TSX, Johnson said loosening its stance could be a strategic move, especially since other exchanges like the Canadian Securities Exchange (CSE) and the NEO Exchange have greatly benefitted from welcoming US cannabis firms.

Johnson said a shift in policy for the TMX exchanges would represent a competitive advantage over the senior exchanges in the US, instead of waiting around for legalization and being left behind.

“I think they would rather take them now than wait until the law changes in the states and have those companies move down to the NYSE,” he said. “The TSX needs to compete and they’re maybe needing to play catch up.”

Johnson isn’t expecting to see a trend of companies dumping alternative Canadian exchanges, though, in the event the TMX Group does adjust its listing requirements.

“Smaller companies still may prefer to be on a secondary exchange,” said Johnson, adding exchanges like the CSE and NEO have earned a positive reputation with its current service to marijuana issuers.

Richard Carleton, CEO of the CSE, told INN earlier this year the exchange was prepared for a potential listing shift from the bigger cannabis firms publicly available on his exchange. But for the Canadian exchange, emerging venture-stage marijuana opportunities will continue to be its main listing target.

There has been some softening towards US cannabis firms on the TSX’s part.

Earlier this month, 48North Cannabis (TSXV:NRTH) moved forward with its acquisition of US cannabis vaporizer company Rare Industries, operating as Quill, a move that was allowed by the regulator.

Marijuana Business Daily reported the exchange operator held conversations with the Canadian cannabis firm in relation to this purchase.

Kevin Helfand, 48North’s chief operating officer, said the conversation between the TSXV and Quill lasted months, but it ultimately came down to the fact that Quill’s cannabidiol (CBD) business — which was legalized last year thanks to the passing of the farm bill, as long as it’s derived from hemp — was growing more quickly that its business in tetrahydrocannabinol (THC).

While movement has been slow towards the adoption of the cannabis sector from some institutions, Johnson said developments such as the conversation between Curaleaf and the TSX and the recent passing of the SAFE Banking Act through the House of Representatives are an indication of a shift in sentiment towards the industry.

“While these pillars of trust in our financial system are getting more involved in the cannabis market, it’s another step towards further legitimize action everywhere,” said Johnson.