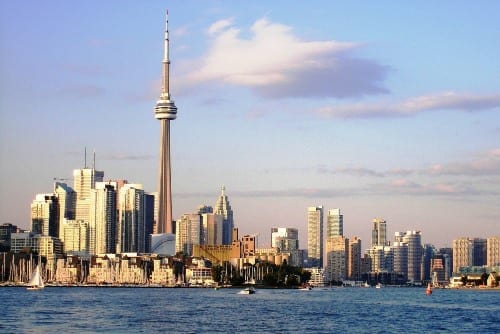 At Canaccord Genuity Group’s US Cannabis Symposium, stakeholders were exposed to a wealth of public and private companies in the US cannabis business.

America’s foremost names in the cannabis space got the chance to present their latest moves at a recent investing showcase.

Canadian financial institution Canaccord Genuity Group (TSX:CF) held its US Cannabis Symposium event on Thursday (October 3), at which stakeholders were exposed to a wealth of both public and private companies in the US cannabis business.

To open the event, Canaccord President Dan Daviau held a panel with some of the industry’s biggest names to give attendees a sense of how the sector is doing after a difficult summer and what investors can expect moving forward as the space matures.

Curaleaf Holdings’ (CSE:CURA) Chairman Boris Jordan said the issues facing the market come down to two things: a stagnant investor pool and a lack of capital to finance the rapidly increasing number of companies. He added regulatory changes at the federal level are needed in order to allow the space to function at its peak capacity.

Cresco Labs (CSE:CL,OTCQX:CRLBF) President Joe Caltabiano added the recent vaping crisis in North America has caused a bit of an “overreaction” politically and the markets have responded with a general downturn as well.

One of the panelists had a different view of the current market. Kevin Murphy, CEO of Acreage Holdings (CSE:ACRG.U,OTCQX:ACRGF), said he remains excited about the space.

“My stock’s never been lower. I’ve never been more optimistic in my lifetime,” said Murphy. “This is probably one of the greatest macro trades we’ll ever see in our lifetime in cannabis.”

Fellow panelist Harvest Health & Recreation (CSE:HARV,OTCQX:HRVSF) CEO Steve White said there’s a “fundamental disconnect” between how operating companies are doing at the moment to how the market reacts.

“The revenues are going up, they’re delivering on the promises they’ve made and the stocks are going down,” said White. The dissonance between company performance and market reaction is something White said could be resolved in the future.

Jordan went on to tackle concerns about the recent scrutiny seen from the US Department of Justice (DOJ) antitrust officials when it comes to the large, multi-state deals some cannabis firms have recently made.

Curaleaf’s acquisition of Grassroots is currently being reviewed but Jordan said the DOJ has been cooperative and has used the process to “get an education on the sector.”

The chief executive for Cresco Labs previously expressed a similar satisfaction of offering education on the sector to the federal authority.

Here’s a list of some of the key public companies that presented at the event:

Canaccord analyst Matt Bottomley chose Curaleaf as his stop cannabis stock pick for the year as he did last year during a Canaccord event in Vancouver.

During the company presentation, Curaleaf CFO Neil Davidson told investors the firm is expecting to bring in between US$1 billion and US$1.2 billion in pro forma revenue during their 2020 fiscal year.

While the deaths from vaping products in the US have affected the performance of the public marijuana sector, Davidson told investors this crisis represented an opportunity to highlight the need for a regulated market in the US.

Davidson gave further updates on getting regulatory approval on Curaleaf’s Grassroots and Select acquisitions, saying the company expects to get DOJ and state approval on the Select deal by the end of this year, and the Grassroots deal will probably be completed by the first quarter of 2020.

Kim Rivers, CEO of Trulieve, said the Florida-based cannabis firm plans to end the year with a total of 44 retail locations opened in its home state, with plans to enter the adult use marijuana market in Massachusetts by the beginning of next year. The executive said Trulieve is starting with the creation of a cultivation facility in the state and the launch of the company’s first wholesale strategy.

Retail expansion in Florida is also key for Columbia Care. David Hart, the chief operating officer for the company, said its goal is to have 50 dispensaries opened by the end of the year, with 20 of those locations allocated to the coastal state.

.@CanaccorGenuity's Matt Bottomley called @ColumbiaCare "one of the more underappreciated names in the space" ahead of the company's presentation.

Green Thumb Industries CEO Ben Kovler said the company is well positioned to develop its growth strategy in the US after grabbing capital earlier in the year before the slump hit the market, when investor sentiment was more positive.

When it comes to expansion plans outside of the US, Halo Labs CEO Kiran Sidhu mentioned the executives of the company are “believers” in establishing itself in Africa, especially in Lesotho. Sidhu called the country “the perfect place to grow marijuana” due to its temperate climate, adding the firm would see its first crop of cannabis from Lesotho in May 2020.

“We’re going to effectively grow biomass, and then have outtakes, which we’re negotiating right now with some European players, one or two Australian players, with potentially an Israeli player to take the (good agriculture collection practices) material,” said Sidhu.

Editor’s note: This story was updated to reflect a change in a quote from Halo Labs CEO Kiran Sidhu that previously stated the company was a “big believer.” It has now been changed to “believers.” There was a change in a quote from CEO of Acreage Holdings Kevin Murphy, as well, that originally said “My stocks have been lower” and now says “My stock’s never been lower.”

Editorial Disclosure: Haborside and Acreage Holdings are clients of the Investing News Network. This article is not paid-for content.

7 responses to “Notes from the Floor: Canaccord Genuity’s US Cannabis Symposium”