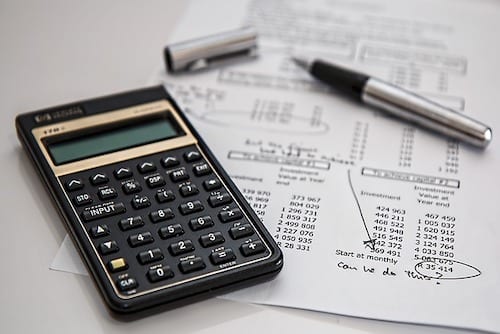 During the past trading week (November 11 to 15), a steady release of quarterly updates from cannabis companies caused a spike in volatility in the sector.

Also during the period, a critical acquisition deal in the US market was revealed to be moving forward with new terms, while a marijuana producer passed the blame for its poor sales to the provincial rollout of cannabis stores in Ontario.

The cannabis stock market faced a week of volatility as companies in the space presented reports on their most recent quarterly data and performance.

Some highlights of this earnings season include the increasing tension producers are feeling about the rollout of retail stores in Ontario. Companies like Canopy Growth (NYSE:CGC,TSX:WEED) have said the process has stunted the growth of the industry following legalization in Canada.

“We do not believe at this time that there will be sufficient points of retail sales in the near term to unlock the necessary Q4 demand,” Canopy Growth CEO Mark Zekulin said.

While Cronos celebrated the launch of its hemp-derived product brand in the US, the firm missed analyst targets in its most recent quarter.

Aleafia Health achieved new low prices for per gram cultivation, yet the open market was not too impressed with the firm’s steady results.

Just before releasing its quarterly results, The Green Organic Dutchman Holdings (TSX:TGOD,OTCQX:TGODF) obtained C$103 million in funding by way of separate brand new transactions. Similarly, The Supreme Cannabis Company (TSX:FIRE,OTCQX:SPRWF) announced alongside its quarterly results that it has secured a C$90 million senior secured credit facility, with the Bank of Montreal (NYSE:BMO,TSX:BMO) acting as lead arranger for a group of lenders.

These weren’t the only releases to come out over the past week. Investors were also treated to quarterly updates from Aurora Cannabis (NYSE:ACB,TSX:ACB), Halo Labs (NEO:HALO,OTCQX:AGEEF) and Jushi Holdings (NEO:JUSH.B,OTCQX:JUSHF).

Cresco Labs (CSE:CL,OTCQX:CRLBF) and Origin House (CSE:OH,OTCQX:ORHOF) have rearranged the terms of their proposed acquisition transaction.

As part of the new arrangement, which comes on the heels of the deal clearing its federal antitrust review period, Cresco will lower its offer to 0.7031 of its own shares for each Origin House share.

The California-based cannabis distributor is now being required to also complete a financing deal of over 9.7 million of its own common shares at C$4.08 per share, totaling C$39.6 million.

“The equity market environment has changed meaningfully since we first announced this proposed transaction. While this has presented challenges, it will also present opportunities for companies with quality assets and brands to quickly gain market share and build long-term shareholder value,” Marc Lustig, CEO of Origin House, said.

The deal was previously put on hold due to a federal antitrust review in the US, which Cresco CEO Charlie Bachtell referred to in August as a chance for the cannabis company to showcase the intricacy and maturity of the sector.

Organigram Holdings (NASDAQ:OGI,TSX:OGI) faced a week of declines after sharing new guidance. The company is now projecting a drop of C$8.5 million for its quarterly revenues.

Similar to many struggling companies in the sector, Organigram blamed a large portion of its woes on the lack of retail stores in Ontario — a key marijuana market.

“The lack of a sufficient retail network and slower than expected store openings in Ontario continued to impact sales in Q4 2019 and were further exacerbated by increased industry supply,” Organigram said in its statement on Monday (November 11).

Meanwhile, the provincial government in British Columbia plans to introduce a 20 percent tax on all retail sales of vape cannabis products as part of the second stage of legalization in the country.

The actual items in question to be taxed will include vaping devices, vaping substances, cartridges, parts of the devices and accessories. The new tax will come into effect in British Columbia on January 1, 2020. These products won’t become available throughout Canada until mid-December.

“It is imperiling the success of legalization,” Cannabis Council Vice Chair Cameron Bishop told Marijuana Business Daily. The agency, which is tasked with representing the interests of licensed producers, expressed its disappointment with the new tax.