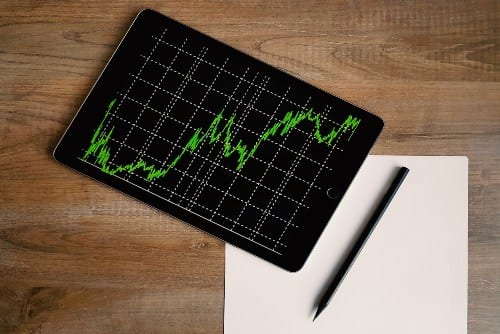 Both Cronos and Aleafia Health fell in the open market after posting results for the quarter ended on September 30, 2019.

Both Cronos Group (NASDAQ:CRON,TSX:CRON) and Aleafia Health (TSX:ALEF,OTCQX:ALEAF) fell in the open market after posting results for the quarter ended on September 30, 2019.

The company has attributed the growth to an increase in sales of dried cannabis and to its acquisition of Redwood Holding Group, which included the Lord Jones brand of cannabidiol (CBD) products.

The firm’s revenue missed the mark, though, according to analysts from data firm Refinitiv, who projected C$14.1 million in revenue for the period.

With the release of its quarterly reports, Cronos also unveiled PEACE+, the newest line of products to be added to its portfolio in the US.

The company said the brand, a hemp-derived CBD product line, will be sent to approximately 1,000 stores across the US in the next quarter, leveraging Altria Group’s (NYSE:MO) distribution network.

The cigarette maker first bought into Cronos in 2018 with a US$1.8 billion investment, and now holds a majority stake in the company with a 45 percent ownership interest.

During an earnings call, Cronos CEO Mike Gorenstein said the company is repurposing some of its cultivation operation space for research and development, as well as the production and manufacturing of derivative products. The updates should cost the company C$15 million.

Gorenstein said that though the industry is still ripe with opportunity, growth will be measured in the next quarters, inhibited by a lack of an efficient distribution network in Canada.

“No one can force the market to be open immediately, at full run rate, without using existing channels,” Gorenstein explained during the call. “Unlike the US hemp-derived CBD market where we can distribute through established infrastructure, in Canada we’re developing all new distribution channels and we can’t move faster than the channels open.”

Gorenstein added that the switch from the illegal market to the legal one will take time as consumers begin to adopt new products.

Fellow executive Jerry Barbato, CFO at Cronos, assured investors that though net product revenue from grams sold dropped 42 percent year-on-year in Q3, from C$6.44 to C$3.75, the company maintained a “healthy” total gross margin before fair value adjustments of 41 percent thanks to a lower cost of goods sold for wholesale cannabis.

Barbato noted an adjusted earnings before interest, tax, depreciation and amortization (EBITDA) loss of C$23.9 million, up 35 percent from Q2, and blamed the loss on increased operational costs associated with sales and research and development.

With lower yields from the Canadian market, Cronos appears to be refocusing its efforts on the US cannabis space. As of December 31, 2019, the Ontario-based firm will become a domestic issuer with the US Securities and Exchange Commission, said Barbato, voiding its position as a foreign private issuer.

That means Cronos will be releasing its Q4 results, and all other subsequent results, in US dollars and will be using US generally accepted accounting principles, the CFO added. Moving forward, Cronos will report from two new segments: “The United States” and “Rest of World.”

Aleafia Health, for its part, posted positive results for Q3, with CEO Geoff Benic calling it the “best quarter” in Aleafia’s history during a call with analysts.

The firm reported total revenue of C$5.3 million in Q3, up 34 percent quarter-over-quarter, as well as a 44 percent decrease in its EBITDA loss, which came in at C$2.5 million.

Aleafia also reported a cost per gram harvest of C$0.10 from its outdoor grow facility in Port Perry, Ontario, with a yield of 10,300 kilograms of cannabis. Expense costs dropped 30 percent to C$8.4 million from C$12.1 million in the second quarter.

Benic said the company continues to focus on widening margins after reporting C$15.11 in average net revenue per gram for medical cannabis sales.

As for recreational cannabis, the executive noted that the company is expecting an amended license for its facility in Paris, Ontario, that will allow the creation of products for the new “Cannabis 2.0” phase of the market, though Benic didn’t reveal what kind of products will be released.

The company plans to remain primarily focused on its core operations, according to CFO Benjamin Ferdinand, unlike companies that have poured capital into large-scale growing facilities.

“You’re seeing a lot of these players in the space with over-built infrastructure and massive investments in indoor (cultivating) realizing the error of their ways,” said Ferdinand.