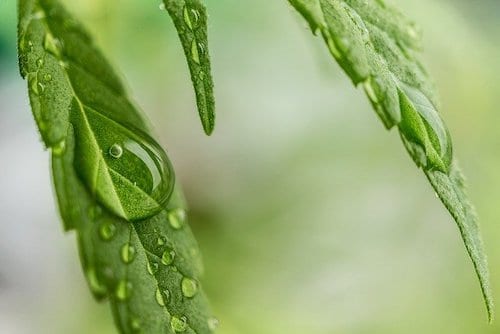 During the past trading week (December 2 to 6), a cannabinoid-based drug manufacturer in Canada obtained critical status for one of its candidates in the US.

An executive at a Canadian marijuana producer was forced to address the volatility surrounding his company after a new acquisition was confirmed, and Canopy Growth (NYSE:CGC,TSX:WEED) unveiled its lineup of edible and infused products, set to launch later this year.

Tetra Bio-Pharma (TSXV:TBP,OTCQB:TBPMF) secured a critical orphan drug designation from the US Food and Drug Administration (FDA) for its delta-9-tetrahydrocannabinol (THC) drug as a treatment for hepatocellular carcinoma.

“This second (orphan drug designation) for cannabinoids demonstrates our innovation and successful drug development program that will soon include hepatocellular carcinoma,” Guy Chamberland, CEO and chief regulatory officer of the company, said.

The executive explained that the company will now move forward with a modified formulation of its drug for hepatocellular carcinoma as part of a clinical trial in Q1 2020.

Over the past trading week, shares of the company jumped nearly 50 percent thanks in large part to the drug classification from the regulatory authority.

Canopy Growth held an event in Toronto to unveil its line of infused and edible products as part of the second wave of marijuana legalization in Canada.

“It’s the first time that the legal industry has had an opportunity to compete with the black market … while allowing us to create new products that we believe will disrupt not only the cannabis industry, but the beverage alcohol industry as well,” Canopy Growth President Rade Kovacevic said in a presentation.

The executive told the Investing News Network (INN) that the plan is for the company to launch 30 products as part of the official debut of these items in Canada, while 20 other products are being developed for launch in 2020.

For a full breakdown of the new products and closeup pictures of the actual packages, click here to read INN’s full dispatch.

Brazil is inching closer to opening up its medical cannabis market. This past week, the country’s National Sanitary Surveillance Agency (Anvisa) unveiled its regulation model for this proposed market.

“Until now, the rules to access medical cannabis in Brazil were very restrictive, and this … has the objective to ease access,” Alfredo Pascual, an international analyst at Marijuana Business Daily, told INN.

“We expanded Medical Cannabis by Shoppers nationally to provide enhanced service to more patients so they can feel empowered to access medical cannabis through the medical market with the guidance of healthcare professionals,” said Jeff Leger, president of Shoppers Drug Mart.

After announcing a brand new acquisition, shares of WeedMD (TSXV:WMD,OTCQX:WDDMF) went down a tumultuous path. In response to the volatility, CEO Keith Merker wrote a letter to shareholders in an attempt to clarify the situation at the company before and after the transaction was made public.

“Capital has become scarce and expensive, and the adult-use market has been slower to ramp and at thinner margins for licensed producers than many originally anticipated,” Merker wrote to investors in his letter. “These market pressures have forced us, like many others, to reevaluate our business.”

WeedMD is pursuing a C$78 million all-share deal for Starseed Holdings, a fellow cannabis producer in Canada. The deal also includes a C$25 million investment into the resulting company from Starseed’s largest backer.