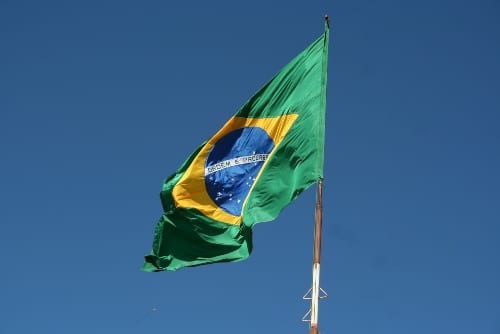 Brazil’s pharmaceutical regulator approved regulations to allow the sale of medical cannabis-based products through pharmacies in the country.

Brazil has become the most recent South American country to open its medical cannabis market.

Domestic cultivation of cannabis was rejected in a separate vote, however, after Anvisa’s proposal for the national production of marijuana for medicinal and scientific purposes was shot down.

Anvisa said the regulation will be made available in Brazil’s federal gazette in the next few days and the legislation will come into effect 90 days after its publication.

The framework lays out the policies for granting authorization for manufacturing and importing the new class of products, Anvisa said, as well as the rules for marketing and selling cannabis-based medicines.

Once the legislation is in place, patients will only be able to access medical marijuana products from pharmacies with a prescription from a qualified medical professional.

With no domestic cannabis cultivation to speak of in Brazil, medical marijuana in the country will be imported through a limited set of entry points, Anvisa noted.

Along with possibly starting a race to lock down export permits to Brazil, one expert says this could prove to be an important development for the growth of the country’s domestic cannabis market.

Alfredo Pascual, an international analyst at Marijuana Business Daily, told the Investing News Network (INN) patients will now have a much easier time getting their hands on cannabis-based medicine.

“Until now, the rules to access medical cannabis in Brazil were very restrictive, and this … has the objective to ease access,” he said, adding that the new rules allow for bulk importation which will cause prices to drop.

He told INN that during the voting of the bill, it was decided that only companies with an Anvisa certification of good manufacturing practice (GMP) or an equivalent status would be able to import product into Brazil, meaning that companies with EU-GMP certification could possibly begin selling product immediately, though the final say on the import rules won’t be laid out until the legislation is released.

Pascual said it’s difficult to make predictions on the scope on the effect of the regulations without having a thorough breakdown of the legislation, especially with regards to the heavy restrictions on labeling that prohibits the use of words like “medicine”, “supplement” and “natural” on the packaging.

The medical marijuana market in Brazil could be worth US$229.1 million by 2028, according to a 2018 report from Prohibition Partners.

The cannabis research firm also noted that Brazil, with a population of over 210 million people, could potentially have one of the continent’s highest medical cannabis patient counts.

Brazil’s ruling for medical cannabis follows in the footsteps of recent developments for the country signaling a gradual softening towards the drug.

In 2015, Brazil legalized the import of hemp cannabidiol (CBD)-based medicines for medical treatments while in 2017, Prohibitions Partners said Anvisa allowed for laboratories, companies and universities to grow medical cannabis for research purposes.

Brazil will join other South American countries like Colombia and Uruguay in moving forward with medical cannabis legalization. Uruguay made history when it became the first country in the world to legalize recreational cannabis in 2013.