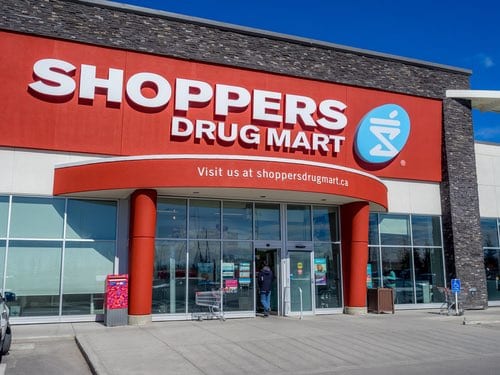 The Canadian pharmacy expanded its program of selling medical cannabis online to include seven additional provinces in Canada.

Shoppers Drug Mart confirmed it has increased the range of its medical cannabis sales online tool for patients in Canada to include seven additional provinces in Canada.

The pharmacy, a Loblaw Companies (TSX:L,OTC Pink:LBLCF) division, made its announcement on Tuesday (December 3) with separate statements for each province. The drug store added there still is work to be done with educating patients using medical cannabis in Canada. In particular, it cited misconceptions that it sees in the market today.

“Canadians continue to use cannabis for medical purposes but many have been left behind by traditional models,” said Jeff Leger, president of Shoppers Drug Mart.

Patients can either enroll online or directly at a Shoppers Drug Mart location following a review and obtaining approval and guidance on strain selection.

The program originally made its debut in Ontario and later expanded to Alberta. Now, British Columbia, Prince Edward Island, New Brunswick, Manitoba, Saskatchewan, Nova Scotia and Newfoundland and Labrador will get the service.

“We expanded Medical Cannabis by Shoppers nationally to provide enhanced service to more patients so they can feel empowered to access medical cannabis through the medical market with the guidance of healthcare professionals,” Leger said.

Editorial Disclosure: The Flowr Corporation and Harvest One are clients of the Investing News Network. This article is not paid-for content.