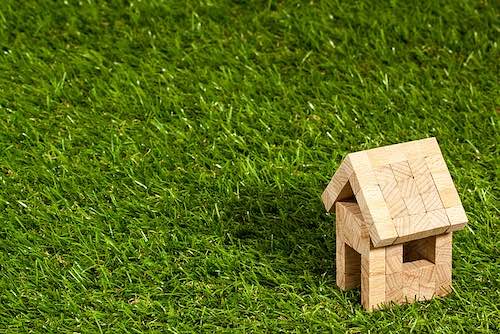 Thanks to the maturation of the entire cannabis sector, novelty plays in the real estate market are getting attention from companies in the space.

A real estate investment trust (REIT) is a company offering investors exposure to a portfolio of real estate properties.

Innovative Industrial Properties (IIP) (NYSE:IIPR) signs property lease deals with companies for the long-term use of medical cannabis facilities in the US only. The firm does not gain a stake in the leasing company using the facility.

The company signs 15 to 20 year leases with tenants, exclusively medical cannabis companies, at an annual escalation rate of 3 to 4 percent, which gives the company an approximate 15 percent annual return based on the rent.

Currently, IIP holds 18 properties in 11 states. On Tuesday (April 16), the company confirmed the acquisition and immediate lease agreement for an industrial facility in California, its second investment in the state. The facility will be occupied by an undisclosed licensed operator that will use the space for cultivation, manufacturing, processing and distribution.

Given IIP’s focus, investors in the firm gain market coverage for facilities used by medical marijuana companies in the US.

The company wants to remain a real estate owner and doesn’t include any ownership demands for the companies it leases to in its contracts, according to Paul Smithers, IIP’s president, director and CEO.

That is done so that IIP can retain its New York Stock Exchange (NYSE) listing, an honor unique to the company since no other US-based marijuana companies are listed on the senior exchange.

The NYSE has, however, seen multiple uplistings from Canadian cannabis producers. While marijuana exposure has also increased on the exchange, currently no cannabis plays listed on the NYSE are focused exclusively on the US market due to the partnerships between established firms and Canadian cannabis companies.

The security from the NYSE listing, accompanied by a better of understanding of its play, are the main factors Smithers credits for the company’s run so far this year.

Over a year-to-date period, shares of the company have catapulted 78.04 percent. The company now nears an US$800 million dollar valuation.

“We’re strictly a real estate company and I think there’s a certain group of investors that like that. It’s a little more stability than a company that is perhaps growing,” Smithers told the Investing News Network (INN).

MedMen will spin out real estate holdings and then use the capital for operations and expansions, according to Adam Bierman, CEO of MedMen.

The firm announced that Treehouse will have a three year right of first offer for other MedMen-owned facilities and development projects.

“These proceeds will be deployed into more accretive growth opportunities as we operationalize our national footprint,” Bierman said in a press release that confirmed the first completed sale to Treehouse.

In February, Bloomberg reported that Canadian cannabis producer Canopy Growth (NYSE:CGC,TSX:WEED) is considering diversifying the use of its properties. Canopy is looking for a more effective way to monetize its vast portfolio of assets, according to the report.

“It could be anything from a bond to a mortgage to an REIT,” Bruce Linton, co-CEO of Canopy, told Bloomberg. “I’d like to use that money to build in five more countries rather than look at it and go, ‘Yep, that’s all ours, we own it.”’

When asked about the challenges of emerging competition into the REIT market, Smithers recognized competition is coming.

“We’re enjoying that exclusivity but it’s not going to last forever,” said Smithers. “We definitely expect some competition, but to date, the only real challenge we see for some of our programs is still the private equity money that some growers will go to.”

The executive said he expects to see competition from other institutions, hedge funds and even some private REITs.

“With our last two capital raises, we’ve really seen very active participation by institutional investors that two years ago wouldn’t have even taken a meeting,” he said.

Nawan Butt, portfolio manager with Purpose Investments, previously told the INN that, while he has noticed a lot more support from institutional money into the cannabis space, serious players won’t get involved until regulation changes in the US.

Given the current regulation changes in the US for marijuana, Smithers doesn’t expect to see any sweeping policy that unlocks the entire sector federally.

Instead, Smithers said, the attention will go to the passing of critical bills that offer protections at the state level for marijuana companies.

“I think that the reform we are going to see is going to come in the form of individual statutes passed by Congress and signed by the president, such as the SAFE Banking Act and the STATES Act,” the executive said.

Smithers said a broad legalization effort would end up hurting the states that have legalized marijuana in some form. These states want to prevent interstate commerce from hindering the already established cannabis programs.

“There’s big states, there’s small states, medium size states that all have programs now … Each one has a vested interest in maintaining the integrity of their programs and the tax revenues,” he said.

Another benefit of the STATES Act, according to the executive, is that it gives states the option to opt in to the industry or remain on the sidelines.

The stock performance of IIP highlights the maturity of cannabis investors recognizing novel plays that don’t have to involve pure growers.

As the cannabis space continues to grow, more businesses that are heavily focused on asset management and land operation may appear, thanks to the rise of ancillary operations alongside the overall industry.