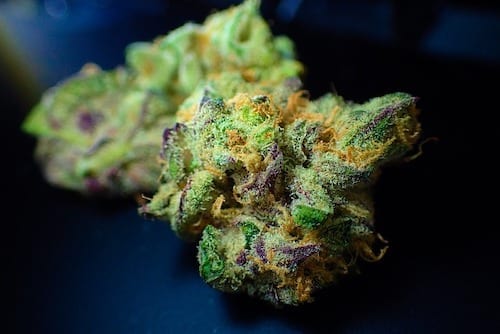 Experts share their views on the possibility of institutional investors taking over from retail investors in the cannabis space.

As the cannabis industry continues its growth path, a new question about the type of investor for the marketplace has appeared.

The marijuana public sector has been lifted thanks in part to the bets from retail investors who are sure their exposure would pay off in the long or short term.

The promise of institutional money coming into the sector has executives and observers of the industry excited for the size of investors looking to enter this area.

Institutional investors are categorized as associations representing a larger group of investors to gain exposure and place bets in more secure industries that will guarantee returns for investors.

The idea of institutional investors entering the cannabis space has been discussed in the past but, as the industry seems to be reaching new heights of legitimacy, the potential for this is becoming reality.

During a televised interview in September Bruce Linton, co-CEO of Canopy Growth (NYSE:CGC,TSX:WEED), said he thinks there is lot more interest from the institutional side coming.

At the time, Linton was being asked about the volatility from Tilray’s (NASDAQ:TLRY) stock and its effect on the rest of the pot stock space.

“A big indication of the marijuana stocks two years ago and a year ago was it was all retail and now we are at a quarter or more institutional,” Linton said.

The executive used the example of new listing Curaleaf Holdings (CSE:CURA), a US-focussed multi-state operator of cannabis assets, which raised C$520 million for its public launch.

“If we’re talking about the upper reaches of the US market, that’s still maybe not an enormous number but it’s hard to raise C$520 million dollars from a retail audience,” Carleton said.

Curaleaf made its debut on the CSE in October after closing its deal with financial institutions adept in cannabis investing.

Carleton said the CSE was informed Curaleaf’s offering involved over 100 institutions in the financing.

“If I had to hazard a guess the investment performance of course, of the sector over the last couple of years has probably been a big factor in changing people’s minds,” Carleton said.

Some experts disagree with the imminent arrival of these bigger investors into the cannabis scene.

When asked if more institutional money will be moving into the marijuana scene as a whole Troy Dayton, CEO of the Arcview Investor Group, said calling the current sizeable investor-base of the sector institutional is a bit of a stretch.

“The big pension funds and big multi-billion dollar funds are not getting into the space yet,” Dayton told INN during the Arcview Investor Forum in Las Vegas, a retreat for cannabis investors.

The executive admitted there has been an increase in the size of the people getting in and “size of the cheques that they are writing.” But, he warned the industry has seen nothing yet.

Following her panel at the MJBizCon in Las Vegas Codie Sanchez an investor and partner with CS Ventures, told INN she has a hard time understanding why institutional investors haven’t fully entered the space yet.

Sanchez has a background of working with institutions on investment decisions and the overall market approach.

She said private players, such as venture capital and private equity firms, might make more of a move on the US focussed cannabis space within the next two to three years.

3 responses to “Is Institutional Money Heading to the Cannabis Space?”