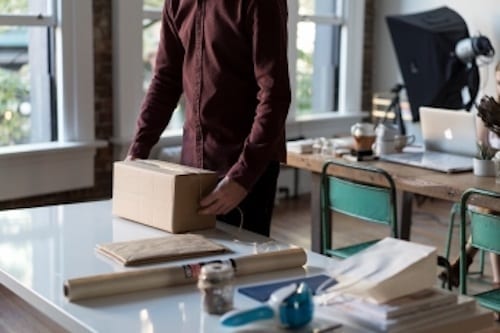 The cannabis industry has been left reeling recently after major players in the space announced large workforce reductions.

The layoffs came amid slow retail rollouts, industry scandals and poor quarterly results, which have weighed down the beleaguered sector.

HEXO’s announcement notes that the company has eliminated approximately 200 positions across all departments and locations, including losses at the executive level with the resignation of former Chief Manufacturing Officer Arno Groll and former Chief Marketing Officer Nick Davies.

The two executives join former CFO Michael Monahan, who resigned from the firm earlier this month due to the time and location restrictions accompanying the role.

Quickly changing market and regulatory environments were part of the decision to downsize, HEXO told investors, noting that the company is now focused on profitability and long-term stability.

Sebastien St-Louis, HEXO’s CEO, said in a statement that the downsize will help the company achieve its expected 2020 revenue.

“Compressed margins, lower Quebec market share (and a less attractive Quebec contract), management credibility issues, and a capital raise all serve as reasons to believe that both operations and sentiment could worsen from here,” Zamparo wrote.

The analyst downgraded HEXO to “underperformer” status from “neutral” and dropped his price target for the company to C$3 from C$4.

The downsize comes shortly after the Quebec-based cannabis firm walked back its 2020 market outlook due to stifling retail and regulatory conditions and weak fourth quarter results.

Earlier in the year, HEXO completed its acquisition of then-public firm Newstrike Brands.

CannTrust also dipped on the Toronto Stock Exchange last week, dropping almost 7 percent from Thursday’s close to the end of Friday (October 25) following the news of its own resizing plan.

The Ontario-based company told investors that as much as a quarter of the company’s employees, about 140 people, will be laid off by the end of the calendar year.

CannTrust said the layoffs will rake in C$400,000 a month in savings, but could result in about C$800,000 in severance pay if the employees aren’t called back within nine months.

“Reducing the company’s current operating expenses supports our financial sustainability, and places us in the best position to fully resume production upon the reinstatement of our licenses,” said CannTrust Interim CEO Robert Marcovitch in a statement.

The move comes after CannTrust had its cannabis production and sales licenses suspended by Health Canada in September following a tumultuous summer for the firm that started with the discovery of illegal growing operations in unlicensed rooms at one of its facilities in Ontario.

CannTrust’s share price has plummeted nearly 70 percent since news broke about the illicit growing. The ensuing scandal led to the firing of former CEO Peter Aceto and the resignation of former Chairman Eric Paul after it was found the two executives knew of the illegal operations.

Another California cannabis company, marijuana advertising firm Weedmaps, similarly laid off a quarter of its staff earlier this month in the face of a slowly growing legal retail market in its home state.

“It is disheartening to see 75% of cities and counties not allow cannabis retail sales and California lag behind other legalized states,” Weedmaps said in a statement.