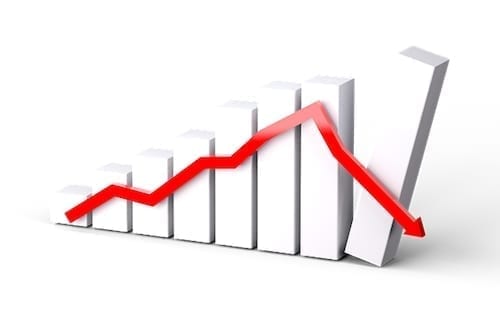 Bank of America Merrill Lynch issued a downgrade for the Canadian cannabis producer after the abrupt departure of its CFO.

Quebec-based cannabis firm HEXO (TSX:HEXO,NYSE:HEXO) announced that CFO Michael Monahan stepped down from his executive role on Friday (October 4) after taking the position in May.

In a statement released shortly after trading hours on Friday, the former HEXO executive said he decided to leave the firm for family reasons, but will stay on as a consultant during the transition period.

“It has become apparent that this job requires me to spend the majority of my time in Gatineau and in Ottawa,” said Monahan. “This isn’t possible for me at this time given my family’s needs, and so I have decided to resign.”

In late May, Monahan’s appointment as CFO also came along with the establishment of HEXO USA in Delaware to help formalize the company’s presence in the US.

Monahan has been succeeded by Stephen Burwash, former vice president of strategic finance at HEXO. Burwash previously held the role of interim CFO prior to Monahan’s appointment after HEXO’s then-CFO Ed Chaplin confirmed he would also be transitioning out of the company.

The abrupt departure of Monahan raised some questions in the market about what’s happening behind the scenes at the marijuana producer.

According to Bloomberg, Merrill Lynch analyst Christopher Carey wrote in a note to investors that there is no real way to know the expectations Monahan faced when he came into the role; nevertheless, his hasty resignation is a “concerning” marker of the inner workings of the company.

“We think it’s reasonable to assume the corporate finance organization was less developed than what Monahan had realized, perhaps indicating there remains much work to professionalizing said organization than what he (or the Street) fully appreciated,” wrote Carey.

The company saw another drop after the June release of its third quarter results, which missed the mark for some analysts.

HEXO reported C$13 million in net revenue for the period, up significantly from C$1.2 million in the same quarter last year, but BNN Bloomberg said that analysts expected revenues of C$14 million.

In a note to clients, RBC Capital Markets analyst Douglas Miehm said HEXO’s results were “a little light” when compared to estimates. Miehm did go on to note that the variance between RBC’s estimate and HEXO’s quarterly report was driven by the company’s performance in the medical business; adult-use segment results were in line with the RBC’s expectations.

Analyst consensus on TipRanks has the stock listed as a “moderate sell” with a price target of C$6.42, representing about a 26 percent upside over the current share price.