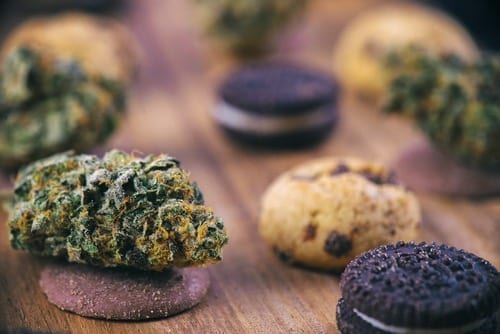 INN caught up with the new CEO of Auxly Cannabis to discuss the direction of the company under a new watch and how critical the entry of edibles in Canada will be for the company.

In the lead up to the Canadian legalization of cannabis edibles, Auxly Cannabis Group (TSXV:XLY,OTCQX:CBWTF) has elected to shift its management team by elevating Hugo Alves to the position of CEO.

Alves told the Investing News Network (INN) about the way the company plans to approach its biggest upcoming market development: the legalization of edibles and infused products in Canada.

Alves is replacing Chuck Rifici as CEO. Rifici, one of the co-founders of Canopy Growth (NYSE:CGC,TSX:WEED) and chairman of Auxly, will now have time to act entirely as an ambassador for the cannabis company and make sure Auxly’s partnerships are working correctly, according to Alves.

While a new top executive might lead to expectations of a new strategy for the company, Alves has been a steady presence with Auxly since the start; he said the plans for the company remain the same.

When it comes to the focus of the company, Alves knows October 17 represents a significant date for Auxly with the introduction of edibles and infused products in Canada.

The second stage of legalization, more commonly referred to as cannabis 2.0 or legalization 2.0, will allow all producers in the country to sell novelty items, such as vape pens and edible gummies.

All of these products are expected to produce returns of C$2.7 billion per year, according to Deloitte.

“We’re focused on bringing branded derivative products to consumers, to the cannabis 2.0 market. We’ve been focused on that now for probably well over a year,” Alves told INN.

The new CEO also identified this new legalization phase as a reset for the entire Canadian industry, which has struggled in the investment market as the rollout of adult-use products continues in Canada.

In July, Alves and Michael Lickver, senior vice president of strategy at Auxly, left their positions on the board of Dixie Brands (CSE:DIXI.U,OTCQX:DXBRF), an established partner of Auxly. Alves explained that this decision was planned ahead of his succession as Auxly’s CEO.

However, he confirmed there will be no change in direction between the two firms. Auxly holds the rights to Dixie products and it fully intends to bring those up north at the launch of legalization 2.0.

“We’ve got to make sure that the same Dixie product you buy in Denver, if you buy it in Canada it tastes the same (and) it feels the same,” Alves explained. He added that these products must still follow the regulatory guidelines of Canada compared to other US state-level markets.

Alves told INN the Dixie-branded products will not represent the bulk of edible and infused offerings the company plans to sell once these products become available in Canada.

“Dixie is another brand there and we will have a variety of SKUs for the Dixie brand. But in terms of us relying on the Dixie brand as our primary brand under which we offer derivative products, that won’t be the case,” he said.

In a previous interview with INN, Chuck Smith, CEO of Dixie, said it’s still too early to pinpoint which specific products will be initially available in Canada. However, the company wants all its products and brands to be available eventually.

In July, Auxly joined a select group of public marijuana firms when it confirmed a partnership with Imperial Brands (OTCQX:IMBBF,LSE:IMB), an established tobacco company with vast vaping technology.

The investment consists of a total deal worth C$123 million by way of a debenture structured in a three year term with a fixed annual interest rate of 4 percent.

Alves said this investment arrived at the perfect time for his company. He sees the transaction as more than an investment in Imperial Brands. The two firms will collaborate through Imperial’s vaping technology subsidiary, Nerudia, to expand the capabilities of Auxly in the Canadian market.

“I think it’s a huge validation for our vision, our assets and capabilities and strategy to execute on that vision,” said Alves. “And I think for the broader industry it really validates the tremendous growth opportunity that cannabis presents.”