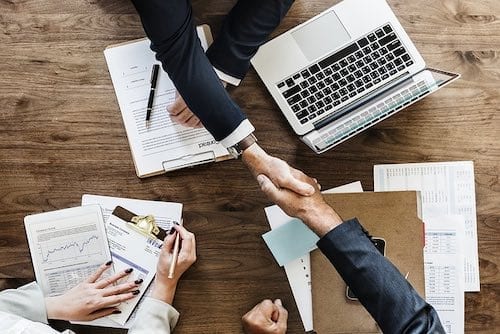 The price per share was set at C$0.81 for the transaction, which represents an 11 percent premium on Auxly’s closing price on Wednesday.

Imperial will obtain a 19.9 percent stake in the company since the deal is structured as debenture. The price per share was set at C$0.81 for the transaction, which represents an 11 percent premium for Auxly’s closing price on Wednesday (July 24).

We’ve selected @AuxlyGroup as our partner of choice in the legal Canadian cannabis market because of the high calibre of its assets, people and capabilities: https://t.co/D9WXAO2S7t #ImperialBrands

The transaction will be set in a three year term with a fixed annual interest rate of 4 percent. With this investment, Imperial also secured itself one of the five director seats in the Auxly board.

Auxly operates as a cannabis investment firm looking for partnerships in the space to add to its portfolio. The company is an active investment participant in nine cannabis cultivation operations in Canada.

Shares of the Canadian cannabis company rocketed over 20 percent in value following confirmation of the investment deal at the opening bell. Auxly shares closed at a price of C$0.91 on Thursday, representing a boost of 24.66 percent in value. 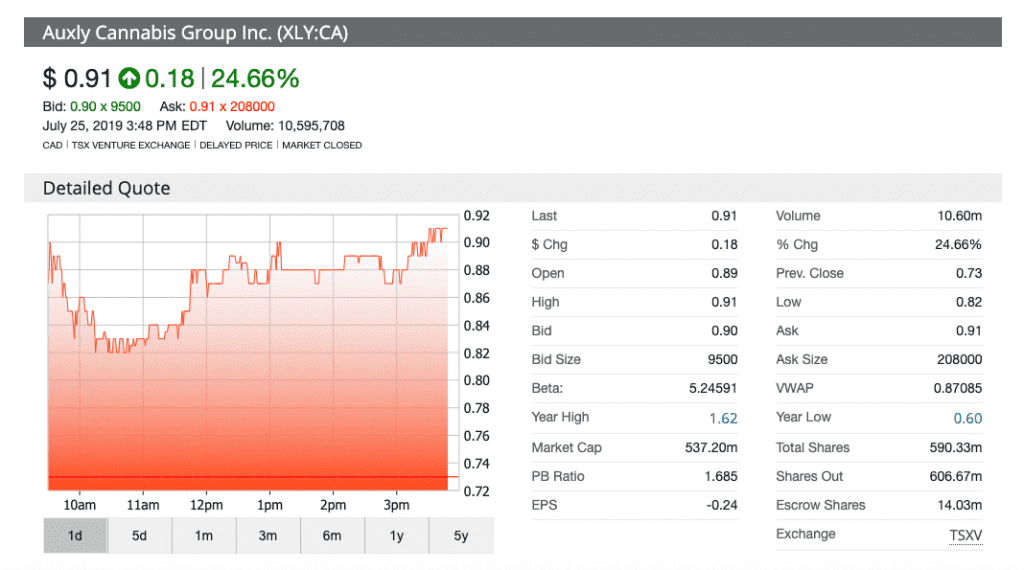 Chuck Rifici, chairman and CEO of Auxly, said in a press release that his company had been selected after Imperial completed an evaluation of the Canadian cannabis market.

As part of the deal, Auxly will gain immediate access to licenses for Imperial’s lineup of vape technology through subsidiary Nerudia.

According to Auxly, the cannabis firm will gain exclusivity with Imperial as the only partner for the entire development cycle for all types of cannabis products across the world.

“We are particularly excited to partner with Imperial Brands on current and future intellectual property and product development,” Rifici said.

Nerudia is a vaporizer developer working on the design and production of next generation vaping products.

Cannabis edibles and extracts are set to become legal in Canada starting on October 17. Health Canada, the regulatory body overseeing the marijuana industry, estimates these products will hit the market for sale sometime in mid-December.

In response to the collaboration for vaporizer technology, Imperial further explained: “The shared ability to rapidly innovate as the Canadian market evolves is key to future growth and Auxly will work closely with a small dedicated team from Nerudia in developing a portfolio of new and enhanced brands and products.”

This deal isn’t the first time Imperial has invested in the marijuana industry in some capacity. In June 2018, Imperial gained a stake in British biotech research company Oxford Cannabinoid Technologies.

Before the investment announcement was made, Auxly’s shares slumped throughout 2019, dropping 23.96 percent in value.

Similarly, the British tobacco company hasn’t fared all too well in the trading market, taking in a decline of 10.35 percent in 2019 as of Wednesday’s close.