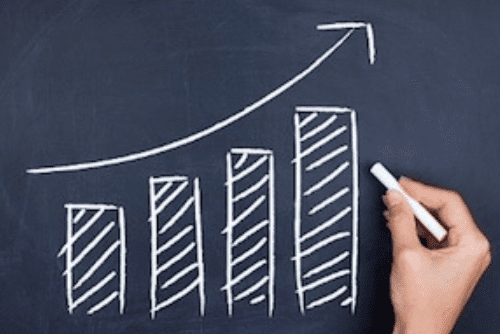 There are many big Australian gold stocks, but these are the five top companies in the sector by market cap.

While iron ore and coal remain two of Australia’s biggest exports, major miners are still on the hunt for precious metals down under.

As mining companies scour the country from corner to corner looking for gold, a few of the ASX’s top contenders are global icons. Others, however, have sown and grown their roots in the country, with market caps that reflect their homegrown insight.

Below are the five top Australian gold companies by market cap. All market cap and share price information was obtained on September 10, 2018 from TradingView.

Newcrest Mining has been in business since 1966 and is one of the world’s largest gold companies. Its first major project was the Telfer open-pit mine in Western Australia, which began development in 1975 as a joint venture between Newcrest — then called Newmont Holdings — and BHP Gold, a subsidiary of BHP Billiton (ASX:BHP,LSE:BLT,NYSE:BHP).

The company’s current operations span Australia, Papua New Guinea and Indonesia, and include the aforementioned Telfer gold-copper mine, which is still up and running. Newcrest primarily develops and operates gold-copper mines, and has steered its portfolio towards low-cost, long-life mines.

Founded in 2000, Northern Star Resources became a force to reckon with in 2010, when it acquired the high-grade, low-cost Paulsens gold mine in Western Australia. The company has since expanded its repertoire to include the Kanowna Belle mine, the Jundee mine and the East Kundana joint venture (where it has a 51-percent stake). All are gold mines in Western Australia.

According to the company, its assets have produced 20 million ounces of gold to date, with part of its strategy being to maintain a production rate of more than 525,000 ounces per year. Northern Star’s most recent acquisition came in 2015, when it picked up a 25-percent interest in the Central Tanami project in the Northern Territory. It is currently on its way to reaching commercial production.

With five gold operations scattered across three Australian states, Evolution Mining has been quickly and continuously ramping up its operations since its creation in 2011. Formed through a merger between Catalpa Resources and Conquest Mining, Evolution’s foundation came from the acquisition of Newcrest Mining’s interests in the Cracow and Mount Rawdon gold mines.

Across its assets, Evolution’s global ore reserves stand at 7.05 million ounces of gold, with 14.24 million ounces in mineral resources. The company’s group gold production totaled 844,124 ounces in 2017 at an all-in sustaining cost of AU$907 per ounce. Aside from its wholly owned projects, Evolution also has an economic interest in Glencore’s (LSE:GLEN) Ernest Henry iron oxide copper gold operation.

Headquartered in South Africa, AngloGold Ashanti was formed in 2004 through a merger between AngloGold and Ashanti Goldfields. The third-largest gold mining company in the world on a production scale, AngloGold had 14 mines and three projects throughout 10 countries as of March 1, 2018.

Rounding out this list of Australian gold stocks is OceanaGold, which has four operational assets across the US, the Philippines and New Zealand; all four are gold mines, except the Didipio mine on Luzon Island in the Philippines, which also contains copper. The company was founded in 1989, when it acquired full ownership of Macraes Mining Company tenements from Golden Point Mining and BHP Gold — it officially incorporated as OceanaGold in 2003.

2015 saw significant growth for OceanaGold as it acquired both the Waihi gold mine in New Zealand and the Haile gold mine in the US, the latter through an acquisition of Romarco Minerals. The company also has strategic investments in several exploration companies and projects, such as Locrian Resources, a private Canadian company focused on exploration in Laos and Myanmar.