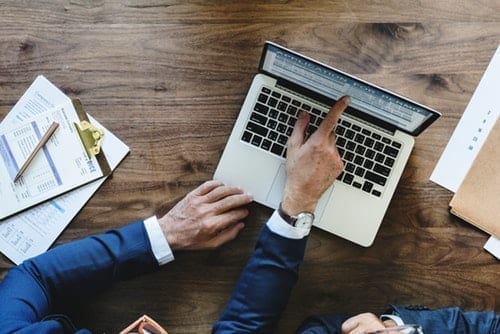 Read on to learn more about the three top rare earth stocks on the ASX by market cap and what they’ve been up to this year.

It’s been an exciting year for rare earth mining companies and the sector, with record-setting demand spurring increased production.

Speculation that top producer China may implement rare earth export quotas on the US has helped rare earth prices reach four year highs. While these concerns over China limiting supply have caused turmoil, they are also reinvigorating the rare earths mining and exploration sector.

Rare earth elements are key metals for high-tech applications, including permanent magnets, which have widespread potential, especially in the technology and electric vehicle sectors.

For those interested in jumping into the market, we’ve outlined the three largest ASX-listed rare earth stocks by market cap. Read on to learn more about these mining companies and what they’ve been up to this year. Data for this article was gathered via TradingView on May 31, 2019.

Lynas is the largest rare earth developer in Australia with a market cap of AU$1.82 billion. Focused on integrated delivery, Lynas is a miner and supplier of high-grade rare earths. According to the company, its Mount Weld project in Western Australia is one of the highest-grade rare earth mines in the world.

In 2011, Lynas commissioned its Mount Weld concentration plant, located just under 2 kilometers from the Mount Weld mine. Subsequently, in 2014, the critical metals miner established the Lynas Advanced Materials Plant (LAMP), an integrated manufacturing facility near the Port of Kuantan in Malaysia. The LAMP was designed for the separating and processing of rare earth materials.

Lynas recently announced plans to spend AU$500 million by 2025 to build up its operations in Western Australia and Malaysia. It also signed a memorandum of understanding for a joint venture with Texas-based Blue Line to develop rare earths separation capacity in the US. Mountain Pass in California is currently the only operational rare earths mine in the US.

Diversified explorer and miner Alkane Resources has a number of ongoing projects targeting a variety of metals and materials, including zirconium, hafnium, niobium, rare earth elements, gold and copper. Alkane’s projects and operations are located in Central-Western New South Wales.

The multifaceted mining company has been working on the construction-ready Dubbo project, where a large in-ground resource of zirconium, hafnium, niobium and rare earth elements is located. Alkane estimates the Dubbo project could generate AU$4.7 billion in free cash flow over 20 years.

In its most recent quarterly report, Alkane offered the following update for Dubbo: “Offtake discussions continue to be held with third parties, with commitment dependent on customers, particularly their view of supply risk from within China.”

Greenland Minerals is developing the Kvanefjeld rare earth project in Southwest Greenland. While the primary resource produced at Kvanefjeld will be rare earths, it also hosts uranium and zinc.

The critical metals company plans to construct a mine, a concentrator and refinery at the site. The concentrator will produce a mineral concentrate containing 20 to 25 percent rare earth oxide, zinc concentrate and fluorspar, and the refinery circuit will create high-purity intermediate rare earth products and uranium as a by-product.

“Recoveries and operating costs have now been finalized for the optimized Kvanefjeld feasibility study, and the results are exceptional,” said managing director John Mair. “The low operating costs reflect the large output and simple, highly efficient processing that are key project advantages.”

2 responses to “3 Top Rare Earth Stocks on the ASX”