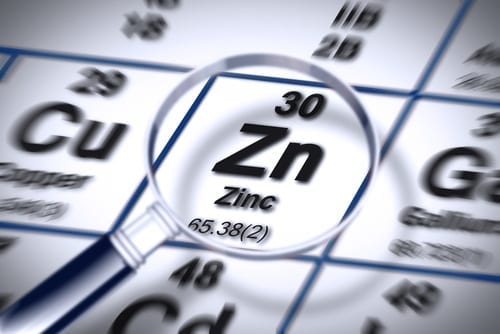 The zinc supply and demand forecast is pointing to opportunities for zinc exploration and production companies.

While zinc prices have taken a downfall of late, a promising zinc supply and demand forecast will ensure stability for zinc mining companies.

It’s going to take more than a trade war to keep a resource as fundamental as zinc down in the long run. The fourth quarter of 2018 has not been kind to the base metals market, and none has been hit worse than zinc. However, demand for the metal has remained steady and will only continue to grow. At the same time, supply is dwindling. These strong market fundamentals ensure that even as outside political factors interfere with this market, driving prices down throughout 2018 and into 2019, zinc will recover in the long term.

As an important part of the process of galvanizing steel, zinc is essential to the manufacturing and construction industries. Whenever steel is used in a context where it could be exposed to corrosion, zinc is used as a layer of protection. In 2017 alone, tens of thousands of tonnes of zinc were consumed with the vast majority going to steel galvanization.

The single most impactful event on the price of resources in 2018 has been the ongoing trade war between the United States and several other nations. Most notably for base metals is the ongoing back and forth with China. The bitter dispute between China and the US began in earnest in July 2018 when US President Donald Trump followed through on months of threatening to impose sweeping tariffs on China. Thus far, the US has imposed three rounds of tariffs on Chinese goods on a total of $250 billion worth of product with threats of imposing another $267 billion in tariffs. China has responded by putting $110 billion worth of tariffs on US goods.

Base metals are particularly sensitive to economic disruptions because as economic uncertainty sets in, development slows and demand lowers. Up until early summer 2018, zinc prices were rallying amid a strong US dollar and significant global development. Fortunes changed amid the beginning of the trade war. In September 2018, amongst the second wave of US tariffs on Chinese goods, zinc dropped 0.6 percent to $2,320 per ton, bringing the base metal down to 32 percent year-to-date. Cormark Securities mining analyst Stefan Ioannou told INN in September that the trade war has created a ‘call me when things get better’ attitude in the markets in regard to base metal commodities. “They’re all trading down, copper being just as notable,” Ioannou said.

Zinc supply and demand forecast for 2019

There’s no ignoring that the past few months have been grim for zinc, but underneath this trade war negativity is a growing supply crunch that’s likely to cut through the concerns in the long run. The past few years have seen several large zinc mine closures due to depleted reserves. According to Ioannou, the global zinc market has lost somewhere in the neighborhood of 10 to fifteen percent of its supply in recent years. There has been little in the way of new zinc development or discoveries to balance out that loss of supply. Zinc inventories in London and Shanghai show supply dropping by 2,000 to 3,000 tonnes per day, signaling the likelihood of a future spike in value.

Contributing significantly to zinc supply issues is an ongoing environmental crackdown in China. In recent years, the Chinese state has been taking active measures to combat the rampant pollution problem that plagues the country. These measures have included strict regulations on mining operations, with many operations forced to shut down if they can’t afford to meet the new standards. Eleven Chinese zinc producers were forced to close down in 2016 with more still in 2017 and continuing into 2018. This was due in part to zinc’s short-term downslide, as well as the Chinese state thus far holding firm on its newfound environmental mindset.

Despite appearances, demand for the base metal has not gone anywhere, and won’t go anywhere in the foreseeable future. According to FocusEconomics’ September consensus report, resilient demand and healthy activity in the manufacturing and construction sectors will likely keep zinc prices afloat going forward in the near term. Steel galvanization, the traditional source of zinc demand, has not been slowed by the trade war. Additionally, new sources of zinc demand have taken hold in recent years. The ongoing shift to electric vehicles and other market trends involving lithium-ion batteries are causing battery demand to skyrocket. This is a trend that will only gain more momentum in the coming years, driving demand for a range of battery and base metals involved in the batteries’ construction including zinc. There is also new demand emerging from the agricultural sector as zinc is also used as an additive in fertilizer.

“Companies developing and exploring for zinc deposits today are well positioned to benefit from the potential growth of zinc demand through consumption related to fertilizer and batteries, primarily,” Bill Williams, interim CEO at Zinc One Resources (TSXV:Z,FWB:RH33,OTCMKTS:ZZZOF), told INN. “First movers in this space are likely to be rewarded.”

The primary demand driving the zinc market, however, will always be urban development, and that development is definitely not slowing. Cities around the globe are rapidly expanding, especially in the developing world. Places that were once relatively agrarian population centers are quickly urbanizing. This means the construction of buildings, transportation infrastructure, electrical grids and more. All of these developments require tons upon tons of steel and all of that steel would be worthless within months of installation without galvanization with zinc.

While external political factors have made the latter half of 2018 extremely tough on zinc, the base metal is simply too essential for the market to stay down for long. Zinc demand will stay reliably strong as urbanization continues to expand, battery metal demand grows and new sources of demand have a greater market impact. A zinc supply shortage will become increasingly likely as recently lost producers fail to be replaced. Meanwhile, zinc mining companies will reap the benefit.