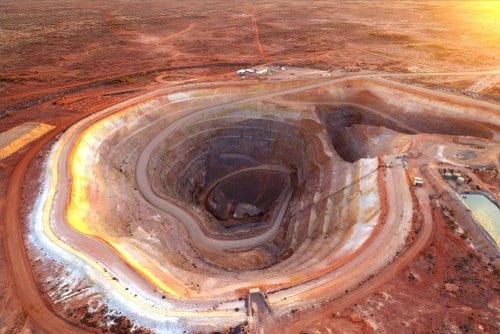 Projects are advancing on the road to production in Western Australia’s Pilbara gold rush.

In pursuit of this opportunity, Novo Resources recently increased its measured and indicated resources while acquiring a key mining lease for its Beatons Creek conglomerate gold project. “All necessary tenure, Native Title agreements, environmental studies and mining plans are now in place for Novo to kick start gold production in Australia,” reported The West Australian. The company’s 2019 field exploration season is now underway across its vast holdings in the Pilbara region.

Monterey Minerals Inc. (CSE:MREY, FWB:2DK) is a mineral exploration company with properties in Western Australia and British Columbia, Canada.Send me an Investor Kit

Western Australia ranks second among the top mining jurisdictions in the world, as per the Fraser Institute, attracting major miners like Rio Tinto (ASX:RIO,LSE:RIO,NYSE:RIO) and BHP (ASX:BHP,NYSE:BHP,LSE:BLT) to the region. Covering more than half a million square kilometers, Western Australia’s Pilbara is one of the most resource-rich regions in the state. According to a 2014 report from Regional Development Australia, approximately 95 percent of the country’s iron output is produced there. BHP has mined iron ore deposits in Pilbara for more than 65 years, while Rio Tinto has 17 iron ore mines in the region.

Western Australia’s government is also heavily committed to further infrastructure development in the region, launching the AU$1.7 billion Pilbara Cities program in 2009, which is aimed at achieving long-term growth and sustainability in the area. The program includes economic diversification and infrastructure coordination with the stated goal of “(transforming) Pilbara mining communities into modern cities and towns.”

Pilbara is also home to many deposits of cobalt, nickel, copper, zinc, gold and platinum–group metals at surface. Pilbara’s plethora of shallow mineral wealth has translated into limited exploration at depth, meaning there is still lots of blue sky potential to be had for other commodities in the region, especially gold. Australia ranks as the second largest gold producer in the world. Western Australia itself is already known for gold production, representing nearly 70 percent of the country’s total gold output.

While the region is known to host orogenic gold deposits, in the last few years the Pilbara has become a growing hotspot for high-grade conglomerate gold exploration. Some geologists have compared the geology of the Pilbara Craton with South Africa’s Kaapvaal Craton and Witwatersrand Basin. Witwatersrand is home to the Earth’s largest known gold reserves and is responsible for over 40 percent of worldwide gold production. Both the Pilbara and Witwatersrand are similar in age and composition, sitting on top of the Archean granite-greenstone basement. The Pilbara area hosts numerous small mesothermal gold deposits containing conglomerate gold — mineralization known to hold large, high-grade gold nuggets.

The presence of major companies like Rio Tinto and BHP has led to serious investments in mining infrastructure in Pilbara. In July 2017, Artemis Resources and Novo Resources discovered near-surface conglomerate-hosted gold nuggets over impressive strike lengths at Purdy’s Reward, a part of the Karratha project in Pilbara. The discovery sparked a staking rush, and since then several gold exploration companies have moved into Pilbara in the hopes of hitting pay dirt, including De Grey Mining (ASX:DEG), NxGold (TSXV:NXN), Kairos Minerals (ASX:KAI), Pacton Gold (TSXV:PAC,OTC Pink:PACXF) and Monterey Minerals (CSE:MREY,FWB:2DK).

Major mining companies like Kirkland Lake Gold (TSX:KL,ASX:KLA) have also invested in the region, committing C$56 million into Novo Resources. Kirkland Chairman Eric Sprott is a well-known resource investor who owns shares in Novo as well as several other companies in the Pilbara region.

Novo Resources is planning a work program to include the extraction of up to 100,000 tonnes of bulk samples across the Karratha project area. A similar bulk sampling program is planned for the company’s Egina project, which also contains conglomerate gold. “I am very pleased with the progress made to date at the Karratha gold project. To their credit, the Novo team has managed to overcome significant technical challenges presented by this unique nuggety gold system with a combination of innovative thinking and sheer hard work,” said Novo CEO and Director Rob Humphryson.

De Grey Mining is similarly working to expand the development study for its Pilbara gold project after an increase in the resources outlined in a previous 2017 scoping study. Recent exploration of the project resulted in the growth of the resource estimate from 1 million to 1.4 million ounces. Metallurgical work has also improved gold recoveries from 90 to 94 percent.

Monterey Minerals holds nearly 1,000 square kilometers of land in Pilbara, either adjacent to or surrounded by properties held by major players in the region, including De Grey Mining, Novo Resources, Kairos Minerals and Pacton Gold. “The major factor that led Monterey to take an interest in the Pilbara region is the potential of an investment-friendly area that hosts both conglomerate gold deposits and more conventional orogenic gold deposits,” President and CEO James Macintosh told the Investing News Network.

Western Australia’s long mining history is a clear indication that the region has both the infrastructure and government support in place to capitalize on future gold discoveries. The state’s immense geological wealth, well-established mining industry and pro-mining government are expected to help maintain the area’s reputation as an attractive destination for resource exploration investment. Thanks to recent exploration developments, the Pilbara region is becoming increasingly attractive for gold exploration with the potential to become known for much more than its iron production.

The information contained here is for information purposes only and is not to be construed as an offer or solicitation for the sale or purchase of securities. Readers should conduct their own research for all information publicly available concerning the company. Prior to making any investment decision, it is recommended that readers consult directly with Monterey Minerals and seek advice from a qualified investment advisor.

Comments are closed.
See our exclusive index of Gold companies on the move
EXPLORE