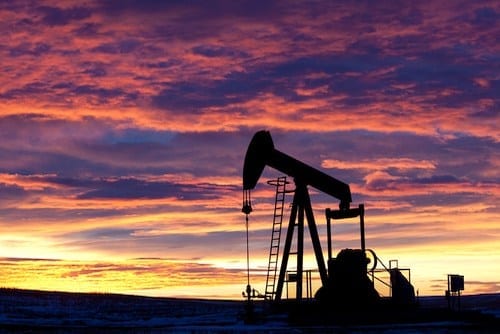 Known as petrolithium, lithium extraction from oil brines is made possible by recent technological advancements that may lower the costs and speed production time.

Global lithium resources occur in several different types of mineralization. The two main types of economic lithium deposits are hard rock (e.g. pegmatite deposits in Australia) and brine (e.g. salars in South America’s Lithium Triangle). Yet, rising demand from the electric vehicle (EVs) and renewable energy markets will soon eclipse production levels from these current sources and new sources are expected to be slow to market.

There are numerous sources oilfield brines in North America and beyond with the potential to contain commercial concentrations of lithium to supply the booming battery market and help the green revolution realize its potential. New technological advancements can open the economic potential of this third source that could rival both hard rock and traditional brine in terms of capital and operating costs, time-to-market and have a positive impact on the environmental concerns that surround the current industry.

EVs and the global lithium market

In 2019 the global battery market will reach $120 billion, according to Deutsche Bank, with the lithium sector expected to reach $1.7 billion. By the end of 2019, GlobalData expects global sales of EVs will surpass 3 million, up from 1.1 million in 2017.

Lithium demand is expected to triple by 2025 as more of the world turns to EVs and renewable energy storage systems. With annual global electric vehicle sales forecast to hit 24.4 million by 2030, the battery industry will need more supply sources, according to Bloomberg. “There is plenty in the ground to meet the needs of an electric car future, but not enough mines.”

There has been a marked increase in strategic investment and supply deals between battery manufacturers and lithium producers in 2018. Nemaska Lithium (TSX:NMX) inked a deal with Korean battery maker LG Chem (KRX:051910) to supply 7,000 tonnes per year of lithium hydroxide. Ganfeng Lithium (SZSE:002460) has been especially busy strengthening its position in the global lithium market. The Chinese lithium producer signed a 2-year deal with Tesla (NASDAQ:TSLA) that can be extended by three years; finalized a deal with BMW (ETR:BMW) to supply the German automaker’s lithium needs for 5 years; and signed a deal with Korean battery maker LG Chem to nearly double its battery materials supplies over the next six years.

Battery manufacturers know the key to growing the market further requires keeping materials costs low. This need will prompt further investment in not only mine expansions but also new technological developments for low-cost lithium extraction.

The primary sources of the world’s lithium supply come from hard rock and brine deposits; however, with recent advancements in extraction technology there may be a third economic source emerging: oilfield brines.

Oil production can be a water-intensive process. As petroleum is drilled out of a well, it’s replaced by a saltwater brine. Considered wastewater, the brine is often sent back down the well. In North America alone, estimates show that for every unit of oil and gas produced, four to five units of brine are pumped. The brine contains less than 1 percent petroleum, but has a concentration of lithium carbonate that’s 95 percent or greater, giving rise to what’s known as petrolithium.

Technological breakthroughs in wastewater treatment and brine extraction are making it possible to produce petrolithium from drill holes associated with the global oil and gas industry in a process with a low carbon footprint and extremely low fresh water use.

“[T]he demand side [for lithium] is high, and the supply side is limited because [there are] only a few large companies … and really only three resources that are being drawn on,” said Dr. John Burba, CEO of International Battery Metals (CSE:IBAT), in an interview with Investing News Network. “So the industry today is under a lot of stress. These guys are doing the best they can to supply more, but it’s very time consuming, expensive and not environmentally friendly. That is what is causing this very, very high price situation that is continuing to go up.”

International Battery Metals has selected IMPACT Technology Development to conduct Stage 2 and Stage 3 engineering. The company’s system is designed to be a low-cost, environmentally-friendly solution to more rapid market delivery through the extraction of lithium from oilfield brines. Upon completion of engineering, the company plans to construct its proprietary mobile lithium extraction units that can be quickly deployed and assembled at the site of petrolithium brine wells. The units are based on IBAT’s third generation patent pending technology that can also be used to extract lithium brine from the salars of South America. Once extracted, the product can then be shipped to a central plant for processing into lithium carbonate and then distributed to the market. Phase 2 engineering has been completed and the company is on track to place its first extraction system into operation in 2019.

Another company developing petrolithium technology is MGX Minerals (CSE:XMG) which has partnered with PurLucid to exclusively license and patent nanoflotation technology for petrolithium extraction as a low-cost means to solve the oil and gas industry’s wastewater problem.

The time-to-market and economic contrasts involved in hard rock vs. lithium brine extraction is a common topic in the industry. Hardrock deposits, also known as pegmatite, are course-grained intrusive igneous rock formed from crystallized magma below the Earth’s crust. Lithium in pegmatite deposits is most commonly hosted in the mineral spodumene and accounts for one-quarter of global lithium production. Brine deposits account for 66 percent of the world’s lithium reserves, occurring in continental saline desert basins known as salars — salt flats associated with areas of geothermal activity and made up accumulations of saline groundwater with a high concentration of dissolved lithium leached from the surrounding rock.

While a majority of lithium exploration companies focus their efforts on hardrock deposits, some of the world’s most profitable lithium mining operations are from brine deposits such as the salars of Chile. Lithium brine extraction has proven to be 50 percent cheaper both in terms of exploration capital to operating expenses for a variety of reasons, including logistics, topography and climate. Brine extraction also has a much lower carbon footprint than hardrock mining as it targets elements already in a solution, and does not require a mine, ore processing, tailings pond nor extensive logistics.

Despite all these benefits, lithium production from evaporating pools is a time-consuming process (it takes at least 4 years for a lithium brine mine to even come online) further widening the gap between growing EV market demand and available lithium supplies.

With advancing technology, petrolithium extraction projects may beat both hard rock and traditional brine extraction in cost-efficiency, ease of production, and time-to-market while still producing high-quality, commercial grade lithium. The environmental footprint for lithium extraction from oilfield brine is small, making permitting simpler. In contrast to the open pit hardrock mines and the acres of evaporation ponds, extracting petrolithium involves piping up brine from the ground, taking it through a one-pass process and then returning to the well — cleaner than when it left. The drill holes have already been made via the oil extraction process representing lower development costs. Portable containerized lithium extraction units can be easily mobilized from one existing drill well site to another in order to quickly exploit the petrolithium resource in a given oilfield, further reducing the cost of construction and production.

The earth’s lithium resources are sufficient enough to help the world wean itself from our oil dependency; however, the current time-to-market for existing lithium resources from hardrock and brine deposits is too slow to keep up with demand growth. Lithium extraction from oilfield brines represents a promising solution to rapidly meeting the rising demand for lithium carbonate from the growing global EV battery market.