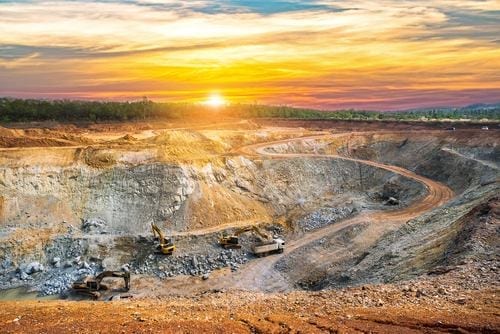 The Guyana Shield contains gold deposits comparable to those of West Africa.

The small South American nation is home to some of the most underexplored opportunities in the precious metals space, but Guyana gold is no longer a secret.

The country sits on the Guyana Shield, a geographical region that shares continuity with the famed gold districts of West Africa, and yet the country has been historically underexplored compared to its counterpart on the other side of the globe. Now, with gold values nearing a six year high as of June 2019, miners in the Co-operative Republic of Guyana have an opportunity to unlock significant value in this highly prospective region.

From the earliest days of European exploration of the Americas, Guyana was recognized for its gold mining potential. Voyages by Spanish and English explorers led to accounts that the region that would become Guyana was home to the mythical city of gold, El Dorado. The area was previously a hotbed of alluvial gold production during Guyana’s colonial period.

From the moment the country achieved independence from British rule, the Guyana government has maintained tight control over the country’s natural resources. The country’s mining sector remained off limits to foreign investment and mineral exploration until 2004, when the country was finally opened up to the international mining industry under the Land Tenure Act. Despite the country’s long history of alluvial gold production, Guyana remains largely underexplored using modern exploration techniques.

Recently, Guyana’s gold production has been on the rise. In 2016, the total gold declaration in the country increased by 58.1 percent to reach 712,706 ounces. The Guyana government attributes the sharp rise of its mining sector to the contributions of small to medium-sized international mining companies opening operations in the country in recent years. Additionally, the country is home to numerous artisanal operations mining gold from alluvial sources.

The Guyana Shield covers nearly 1 million square kilometers of surface area on the northern end of South America. The shield was formed during the Proterozoic age, and, before the formation of the Atlantic Ocean, it was contiguous with West Africa’s Leo Mann Shield. Both the Guyana and Leo Mann shields host corridors of low-grade metamorphic rocks that contain significant gold deposits. There are currently two large gold mines active in the Guyana Shield: the Aurora mine, operated by Guyana Goldfields (TSX:GUY), and the Karouni mine, operated by Troy Resources (ASX:TRY). In total, the Guyana Shield is estimated to be home to approximately 110 million ounces of gold.

The Guyana government has been highly supportive of mining operations since opening its doors to international companies in 2004. The country’s Geology and Mines Commission provides well-established rules and regulations for miners. Guyana is politically and socially stable, with a strong rule of law ensuring a safe operating environment for mining investment. The country is home to a population of approximately 770,000 people and has a high standard of living, ensuring that mining companies have access to an educated and qualified workforce.

The Guyana Shield is home to world-class mineral wealth that was previously off limits to modern mining exploration. Now that the doors are open and the Guyana government is welcoming foreign mining investment, the region offers a rare opportunity for early stage exploration and development.

One of the companies looking to take advantage of the Guyana opportunity is Guyana Goldstrike (TSXV:GYA,OTC Pink:GYNAF,FWB:1ZT). Guyana Goldstrike holds an 18 year mining license on its 13,500 hectare Marudi gold project in Southwest Guyana. The Marudi gold project has had 42,000 meters of diamond drilling (141 holes) in historic exploration since 1985 by prior operators.

The Marudi gold project has all-season road access and infrastructure in place, with an established camp serviced by employees, service buildings and a full-time camp manager. The property has three known gold-bearing areas: the alluvial areas, the saprolite and the underlying quartzite metachert hard rock.

“With the full support of the Guyanese government and the local communities, Marudi is well positioned to become a premier project for the country and its economy, benefiting its people,” said Guyana Goldstrike CEO Peter Berdusco.

In 2018, Guyana Goldstrike focused its efforts on a discovery target within the 1.75 kilometer Toucan Ridge area, for which trenching has returned values of up to 23.5 g/t gold. Thus far, only 15 percent of Guyana Goldstrike’s property has been explored. The company has already made a second discovery area about 2.3 kilometers northeast of Toucan Ridge. The company plans to drill the Marudi project and is expected to continue exploration efforts in search of additional zones of mineralization.

“The company’s 2018 exploration program greatly advanced our understanding of the controls on gold mineralization on the Marudi gold project and identified priority targets to both expand the known mineral resource and discover new occurrences. With only 15 percent of the 13,500 hectares explored, we truly have only scratched the surface of Marudi’s potential,” said Berdusco.

The growth in Guyana’s mining sector thus far has been due to the contributions of small and medium-sized miners, but the region has now captured the attention of the industry’s titans. In February 2019, the world’s largest gold company, Barrick Gold (TSX:ABX,NYSE:GOLD), acquired a 15 percent stake in Reunion Gold (TSXV:RGD), a company already actively exploring the Guyana Shield. The goal of the partnership is to identify and acquire properties that have the potential to yield discoveries that fit the company’s definition of a tier one mine.

“The (agreement) expands Barrick’s exploration footprint in the Guyana Shield, a significantly underexplored region and one of the most prospective in the world for large scale gold discoveries,” Mark Bristow, president and CEO of Barrick, said in the company’s release.