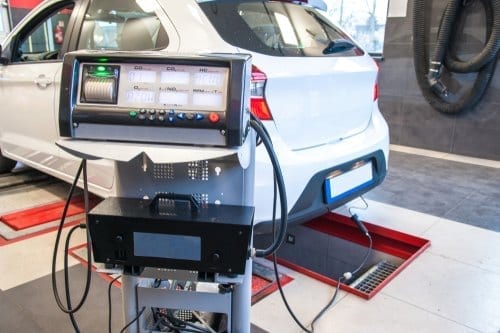 The mounting environmental and public health concerns associated with diesel engines have led governments around the world to legislate stricter emissions regulations. This has created opportunities for advanced emissions control technologies to create more environmentally friendly operations. On top of that, the push toward the electrification of commercial and municipal transport fleets has faced logistical and infrastructural roadblocks that could exacerbate the need for cleaner diesel engine systems essential during that transition.

Diesel engine’s fuel efficiency not without a cost

Like the gasoline engine, the diesel engine is an internal combustion engine that converts the chemical energy in fuel into the mechanical energy needed to put vehicles in motion through combustion. Both gasoline and diesel fuel are a mixture of hydrocarbons. The difference between the two engines is mainly in how the fuel is combusted, i.e. ignited. Gasoline engines use spark plugs for ignition, while diesel uses air compression, which heats the air enough to ignite the fuel.

Diesel engines use fuel more efficiently than gasoline engines. They are often preferred over gasoline engines for commercial operations that require traveling long distances and carrying heavier loads, such as long-haul trucking fleets, marine cargo shipping and mining-related operations. In the past, diesel engines were touted as better for the environment than gasoline because of their higher efficiency, which translated to lower fuel consumption.

Yet there is still a heavy environmental and public health cost to diesel engine use. While diesel engine use may result in lower CO₂ emissions and climate impacts than gasoline engine use, there are still risks to human health and the environment. According to a BBC report, “A diesel engine should, in principle, use less fuel and produce less carbon dioxide than a petrol engine with the same power output. However, this superior efficiency comes at a price. Diesel engines produce higher levels of particulates, microscopic bits of soot left over from the combustion process.”

Diesel emissions can contain pollutants such as unburned hydrocarbons, carbon monoxide, nitrogen oxides and particulate matter. This particulate matter is known to cause health issues, including higher rates of asthma and other serious respiratory conditions. Nitrous oxide has a global warming potential of 300 times more than that of carbon dioxide on a 100-year time scale and also causes serious health issues. This powerful gas represents 6 percent of the man-made global greenhouse gas emissions.

The global market for emission control technologies hit an estimated US$3 billion in 2018. That figure is projected to reach more than US$5 billion by 2024 on increasing government regulations aimed at reducing harmful emissions from engine exhaust, especially in the industrial sector.

“One-fifth of the man-made global greenhouse gas emissions originate from the industrial sector.  It makes sense that any impactful change that can be made with advanced emissions control technologies should be focused on that sector,” Jim Payne, CEO of dynaCERT (TSXV:DYA,OTCQB:DYFSF,FRA:DMJ), told the Investing News Network. “That includes not only targeting manufacturing facilities but also the transportation systems that move raw materials and end-products around the world, whether by trucking, freight or cargo ship. It also means finding solutions to control emissions at mining sites where those raw materials are extracted.”

DynaCERT has developed a computerized after-market technology known as the HydraGEN™system for diesel engines. The patented system has been proven to reduce fuel consumption and carbon emissions, including harmful nitrogen oxides, by introducing minute amounts of hydrogen into the air intake of diesel engines, which allows for more efficient combustion at a lower overall temperature. HydraGEN is currently used in North America and Europe on diesel-powered transport trucks, diesel generator stations and trucks and equipment used in the mining sector. The company has also developed smaller units for refrigerated trailers and is planning to expand into the diesel passenger car market and make much larger units in the future for trains and cargo ships.

The technology has earned dynaCERT several recent awards, including the Top Gold Award at the 2018 Edison Awards for Vehicle Advancements and recognition at the 2019 German Innovation Awards for Energy Solutions. The company also received the 2019 Gold Certificate Award from the European Society for Quality Research as well as first prize at the 2019 Mining Cleantech Challenge in Colorado. In October 2019, HydraGEN Technology was approved for underground mobile mining applications in Canada.

In the fight against climate change and air pollution, the world is looking far beyond merely regulating emissions generated by internal combustion engines. Policymakers in key markets are pushing for batteries to replace carbon fuel as the main power source for personal and commercial vehicles. According to the International Energy Agency, “Electric mobility is expanding at a rapid pace. In 2018, the global electric car fleet exceeded 5.1 million, up 2 million from the previous year and almost doubling the number of new electric car sales. The People’s Republic of China remains the world’s largest electric car market, followed by Europe and the United States.”

Despite the push for sustainable transportation options, the global adoption of electric vehicles (EVs) is not happening fast enough in the transportation industry, which has a bigger impact on the environment than personal vehicles. Battery range is one of the biggest concerns. “A typical run to the ports and back is about 108 miles,” said Bill Bliem, senior vice president of fleet services at NFI. His company operates a fleet of 45 trucks that travel between Chino, California and the ports of Los Angeles and Long Beach. Only one truck is electric. “Most of the diesel trucks make two or three trips a day, but the electric truck doesn’t have the range to get to Chino and back. It’s running locally around the ports.”

Electric trucks also lack the necessary charging infrastructure to remain in service for an optimal period of time. “Based on the estimation that we’ll need 2.3 kilowatt-hours per mile to run a Class-8 electric tractor, we’ll get one day of work out of one month’s energy consumption for a typical household,” said Bliem. “When you multiply that by 15 tractors, which we hope to have by the end of the year, we’ll need to have 15 households’ worth of energy every day.” Most local utility grids will need major overhauls to support such high levels of energy demand, and employees skilled at managing diesel fleets may need to be retrained with a new skill set aimed at managing an all-electric fleet.

Transitioning commercial and government fleets to battery-powered EVs will take time, which isn’t all that compatible with many government’s climate change goals. Technologies that can reduce diesel emissions and optimize fuel consumption, such as dynaCERT’s HydraGEN Technology, offer a potential solution to meet those goals.

“The move away from the internal combustion engine to electric will not be a seamless one. Battery-powered EVs are a long-term solution to reducing carbon emissions. More immediate solutions to carbon emissions reduction can be achieved now with technology aimed at transportation fleets,” said Payne, whose company dynaCERT has recently completed field trial tests on its smaller HG2 HydraGEN units on Taylor-brand school buses with diesel engines. The results of the two-month trial showed a reduction in fuel consumption of between 13.8 and 15.5 percent and a reduction of nitrogen oxide levels of between 48 and 52 percent.

The electric vehicle revolution is coming. As the world transitions towards more sustainable energy sources, major industries are beginning to reconsider the traditional fuel sources required to power combustion engines. With the help of existing advanced emissions control technologies such as dynaCERT’s HydraGEN technology, commercial and municipal transport fleets can reap the benefits of cleaner diesel engine output as major industries move towards the electrification of industrial vehicles.

This article was originally published by the Investing News Network in December 2019.

The information contained here is for information purposes only and is not to be construed as an offer or solicitation for the sale or purchase of securities. Readers should conduct their own research for all information publicly available concerning the company. Prior to making any investment decision, it is recommended that readers consult directly with dynaCERT and seek advice from a qualified investment advisor.