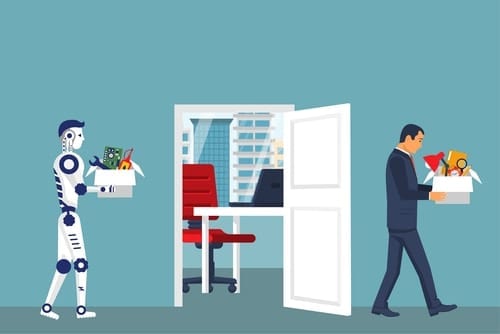 It is estimated that 800 million individuals will be displaced by 2025, with robotics playing a key part in disrupting several sectors.

A variety of technology firms, executives and entrepreneurs have predicted that artificial intelligence (AI) and robotics will be an integral part of our daily lives in the near future.

While the topic of AI is broad, AI in robotics can be classified as the crucial component as it is said to “give companies new opportunities to increase productivity and to make work safer.”

Robotics and automation have often been used interchangeably, but these terms certainly have differences. Robotics is the branch of technology that deals with design, construction, operation and application of robots and is tipped to disrupt several industries in the next decade. 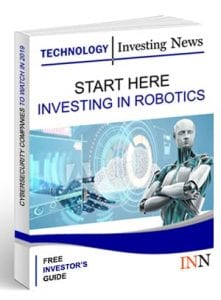 On the other hand, automation can be defined as the process of using technology to carry out specific tasks.

With that in mind, here’s a look at the five major industries robotics will disrupt with innovation by 2025. The industries were picked from a combination of reports from various research firms that predict the growth of robotics. The industries mentioned below are listed on the basis of their growth during the forecast period.

A report from Markets and Markets suggests that the agricultural robots market is expected to reach US$12.80 billion by 2022, growing at a compound annual growth rate (CAGR) of 20.71 percent between 2017 and 2022.

The firm said that hardware components will hold the largest share of agricultural robots segment with automation and control systems along with sensing and monitoring systems leading the way.

Agriculture was also mentioned by other firms as one of the areas where robotics and automation will have an real impact in changing the industry. Robotiq noted 10 ways robotics is transforming agriculture, which included nursery planting, crop seeding, crop monitoring, fertilizing and irrigation.

“Traditional farming methods struggle to keep up with the efficiencies required by the market. Farmers in developed countries are suffering from a lack of workforce,” Robotiq explained. “The rise of automated farming is an attempt to solve these problems by using robotics and advanced sensing.”

In October 2018, IFR published a report for service robots, highlighting that medical robots have a total value of US$1.9 billion in sales and accounts for 29 percent of total sales value of professional robots.

It was said that the robotic applications in the medical field relate to robot assisted surgery or therapy.

A Markets and Markets report said the medical robots market is expected to reach US$16.74 billion by 2023, up from an estimated value of US$6.46 billion in 2018 and growing at a CAGR of 21 percent.

The firm suggested the neurosurgery segment will register the fastest growth during the period, while the therapeutic robotics segment has the highest projected CAGR during the forecast period.

“Increasing precision and improved quality” of medical robots were picked as the driving factors behind the growth of this segment.

While robots are largely designed and manufactured for improving human work, robots also play a part in entertainment.

Market Research Future said that technological advancements for entertainment robots with higher AI will be a crucial factor as this market is tipped to reach US$20 billion by 2023, growing at a CAGR of 21 percent.

The firm said that the animatronic robots will entertain people at festivals and parks while robots are also developed with microphones and are designed to identify faces and obstacles.

Entertainment robots are further classified as either a robotic toy, educational robots and companion pets. Specifically, the educational robots have been pre-programmed to answer and to perform specific questions while users could also further program it for specific tasks like dance moves.

A crucial element of robotic systems is the use of robots in the military space. Research and Markets said that the rising number of terrorist activities across the globe has paved the way for unmanned military systems.

It has been said that the mine clearance application where unmanned devices are used to detect mines is expected to witness the highest growth between 2017 to 2022.

In January, Research Nester published a report that said that the global market of military robots is expected to reach US$25 billion in 2024 at a CAGR of 9 percent.

In October 2018, International Federation of Robotics (IFR) noted that global industrial robot sales doubled over a five-year period between 2013 an 2017. The report said that over 381,000 units were shipped in 2017, representing a 30 percent increase when compared to the previous year.

In the five-year period ending 2017, the volume represented a staggering 114 percent increase while the value of robots increased 21 percent when compared to its 2016 levels.

While global industrial robot sales doubled in the five year period, IFR noted three major industries where robotics made a real impact in the industrials sector, which highlighted the automotive industry being the largest adopter of robots.

The firm noted that the automotive sector holds 33 percent of the total robot supply from 2017, owing to the fact that the manufacturing of passenger cars has become complex.

With a 33 percent increase in sales, the electrical/electronics industry is said to be catching up on the automotive industry as it now holds 32 percent of the total supply robots in 2017. IFR said that the rising demand for electronics has been driving the use of the robots in the space.

The last industrial sector noted by IFR is the metals industry, which had a market share of 10 percent of total supply for 2017. The growth in demand for metals in 2018 especially for the ongoing surge in cobalt and lithium could fuel further adoption of robotics as part of the industry 4.0 automation strategies.

According to the Zion Market Research, the global industrial robotics market is set to reach US$62 billion growing at a CAGR of 9.40 percent between 2018 and 2024.

By 2030, it is estimated that 800 million human jobs will be displaced by automation across the world. The worldwide robotics market is set to exceed US$147.26 billion in revenue by the end of 2025, growing at a CAGR of 17.4 percent between the forecast period of 2017 to 2025.

A Transparency Market Research report highlights that the future driving force of the robotics market is the absence of a skilled workforce. With so much growth guaranteed across multiple sectors, robotics presents a compelling case for investors with a variety of investment opportunities.

One response to “5 Industries Robotics Will Disrupt”