By Dave Brown – Exclusive to ResourceInvesting News The major economic news flow on Friday was the reenergized dollar and its impact on the commodity markets.   Many observers still believe the continued outlook for the US economy for the second half of FY2008 will be even weaker than the first half.  Households have been putting tax rebates … Continued 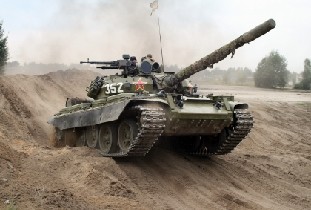 The major economic news flow on Friday was the reenergized dollar and its impact on the commodity markets.

Many observers still believe the continued outlook for the US economy for the second half of FY2008 will be even weaker than the first half.  Households have been putting tax rebates into savings and for paying debts, instead of spending those funds immediately in stores.  The combined issues of labour surpluses, stagnant wages, falling home values and tighter credit have weighed heavily on consumer perception and confidence levels, and US retailers are showing soft earnings results for second quarter of FY2008.

With escalated geo-political tensions, and conflict breaking out between Georgia and Russia over the weekend, some observers believe that the fighting would disrupt energy exports from the Caspian region.  Senior Bush administration officials, however, stressed that the US is focused on diplomacy to facilitate an end to the hostilities, although officials have described the Russian offensive as a regional crisis that would not  require outside intervention. This evolving development should be a primary catalyst for futures contract prices in the coming week.

Copper prices are primarily determined by demand from China and the United States, the two largest consumers. The housing and construction woes of the US are widely understood; however, there is considerable speculation that even China is performing below expectations.   Calculations on current Chinese consumption indicate that it is about 4.8 per cent, well short of the estimated 10 per cent forecast.  Consumption measures domestic production plus imports, but does not take into account restocking or destocking.   If China is currently destocking by drawing on its reserves, this number would be artificially low, and the true consumption could actually be right on track.

The price of lead is currently situated around $0.94 per pound, which is up over $0.20 from last month, but down about $0.46 from the corresponding period last year.

High demand for molybdenum coupled with concerns of shrinking global supply and a strong growth in increased applications, have contributed to relatively stable prices.  Recently, Thompson Creek Molybdenum (TSX: TCM) share prices slipped on reports of a decline in sales as a result of a build-up of inventory caused by a planned maintenance shutdown of its Pittsburgh facility.  Although the company looks on target in meeting its 2008 production expectations, and profits are up; the increase was lower than anticipated.

A recent rise in the price of NYMEX oil futures has been fueled by two events: a fire that damaged a section of a BP (NYSE:BP) operated pipeline, imposing a temporary shutdown and threatening global supply; and the potential of a fresh round of United Nations imposed sanctions on Iran. The last sanctions, established in United Nations Security Council resolution 1737 and supplemented by resolutions 1747 and 1803, have not convinced the country to abandon its uranium enrichment activities. Accordingly, the US administration is attempting to orchestrate more stringent restrictions on trade. Although France and Britain appear to agree, convincing Russia and China will be considerably more difficult. Regardless, the mutual distrust between Iran and oil consuming nations will continue to act as a support to high barrel prices.

Iron: A game of Monopoly

An ongoing hostile takeover bid between BHP Billiton Ltd. (ASX: BLT) and Rio Tinto (LSE: RIO, ASX: RIO) may be over by the year-end.  The European Commission is set to rule on the takeover on December 9, and many believe the Commission may oppose the transaction that would not only give BHP a monopoly on the world’s iron ore, but a 25 per cent market share in mined uranium and 24 per cent of copper concentrate and seaborne coking coal.  Anti-trust regulators in the 27-nation European Union have been conducting a probe of the BHP plan and have said they hold “serious doubts” about a transaction that would enable one company to control more than 33 per cent of the world’s iron ore supply.