What did Rick Rule, Ross Beaty, Brent Cook and more say at the Vancouver Resource Investment Conference? Find out here.

The 2016 Vancouver Resource Investment Conference (VRIC) came to an end on Monday, and the consensus seems to be that the event went well. Many panelists and exhibitors were pleasantly surprised at the turnout, and attendees appeared to enjoy the conference’s emphasis on panel discussions.
For those that couldn’t make it, the Investing News Network has put together an overview of some of the day’s highlights. Read on to see what happened on Monday, and don’t forget to check out Sunday’s key events.
The day kicked off in full force with a Q&A with Rick Rule led by Marin Katusa of Katusa Research. Rule is CEO of Sprott US Holdings, and a mainstay at conferences in the resource space. Here’s one idea he presented:

Rick Rule: How to get rid of zombie companies? Suspend those with neg working capital? #VRIC2016

Phillips S. Baker, Jr.: no one knows where the #silver price will go, but we “already are past the bottom” #VRIC16 — Resource Investing (@INN_Resource) January 25, 2016

Keith Neumeyer: the gold/silver ratio is currently at 80:1, but a ratio of 10:1 is not unattainable #VRIC16

Midday features included a panel on Canada’s capital markets (stay tuned for a video interview with TSX Venture Exchange President John McCoach, one of the participants), as well as a Q&A with Brent Cook and Joe Mazumdar, both of Exploration Insights. Cook in particular was talkative about his favorite stocks:

Gianni Kovacevic, author of “My Electrician Drives a Porsche?” was a presenter in the afternoon, and his Tesla Model S was definitely an attraction at VRIC. Kovacevic will be touring in support of his book starting in February, traveling in the car from Toronto to Tesla Motors’ (NASDAQ:TSLA) headquarters in Palo Alto.

Our @TeslaMotors is set for #VRIC16 Thx to @VisualCap for the cool graphic about the #Gigafactory @benchmarkmin pic.twitter.com/pj1ZyZPw8q — Gianni Kovacevic (@RealisticEnviro) January 24, 2016

The day ended with more panels, including one on resources in the Pacific Northwest and one featuring “the next generation of resource superstars.” Again moderated by Katusa, the “superstars” panel included Matthew Hornor of Kaizen Discovery (TSXV:KZD); Ivan Bebeck of Auryn Resources (TSXV:AUG); Amir Adnani of Uranium Energy (NYSEMKT:UEC); and Jordan Trimble of Skyharbour Resources (TSXV:SYH).
While all of those events — and more — were certainly exciting, one major event at VRIC actually happened after the conference was over. At Yukon Night, held after VRIC by the Yukon Mining Alliance, Yukon Premier Darrell Pasloski announced that the Yukon government and the Kaska Nation have signed a “milestone” agreement that lays out the framework for economic development in Southeast Yukon.
Pasloski also made a number of other key announcements:

#Yukon has applied for Federal funding for a road from Carmacks to Dawson city — Resource Investing (@INN_Resource) January 26, 2016

Stay tuned for the Investing News Network’s video interviews from VRIC, plus more in-depth coverage of select talks. And of course, let the bull run! 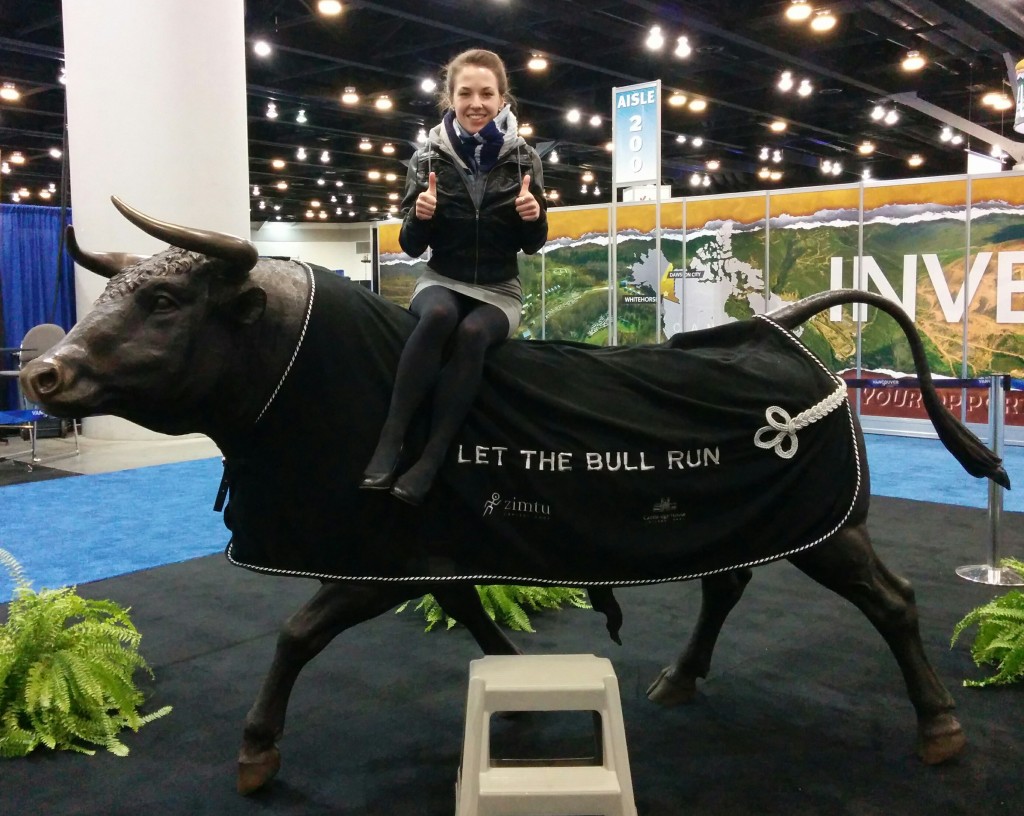 Securities Disclosure: I, Charlotte McLeod, hold no direct investment interest in any company mentioned in this article.
Related reading:
VRIC 2016, Day 1: Notes from the Floor