The top gainer on the TSX this past week was Marathon Gold. It was followed by Meadow Bay Gold, Silver Bull Resources, Coalspur Mines and General Moly. Here’s what moved those companies’ share prices during the period. 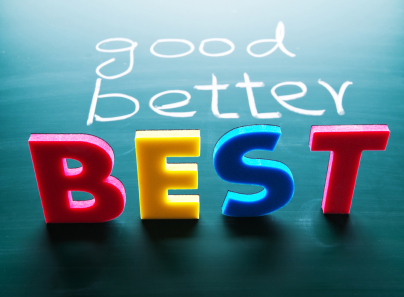 The S&P/TSX Composite index (INDEXTSI:OSPTX) lost 62.23 points to close at 14,957.16 points on Friday. According to The Canadian Press, the fall came after a day of “choppy trading” caused by the release of strong US jobs data.

Despite that fall, a number of companies managed to post impressive gains this past week. Marathon Gold (TSX:MOZ) took the lead, and it was followed by Meadow Bay Gold (TSX:MAY), Silver Bull Resources (TSX:SVB,NYSEMKT:SVBL), Coalspur Mines (TSX:CPT,ASX:CPL) and General Moly (TSX:GMO,NYSEMKT:GMO).

Here’s a look at what moved those companies’ share prices.

Meadow Bay Gold’s share price jumped 20.45 percent this week to close at $0.27. Like Marathon, Meadow Bay did not release any news during the period.

The company continues to explore production options for its Atlanta gold project in Nevada. It boasts a past open-pit production capacity of more than 110,000 ounces of gold and 800,000 ounces of silver, and is located in a favorable mining jurisdiction. Meadow Bay hopes to add to the existing resource in the Atlanta Fault zone moving forward.

Silver Bull Resources is currently exploring and developing its Sierra Mojada project in Coahuila, Mexico. The Canada-based mineral exploration company owns and operates the project, which is located in a high-grade silver, lead and zinc district.

At the end of the day on Friday, Silver Bull announced that it will voluntarily delist its common stock from the NYSE MKT in a move to cut costs. It has applied to have its shares traded on the OTCQX, but did not mention what will happen with its TSX listing.

The company’s share price rose 16 percent on the news, reaching a final price of $0.15.

Coalspur Mines released a shareholder update on May 28, indicating that it is currently in the midst of being acquired by the privately held KC Euroholdings by way of an Australian scheme. Per the agreement, previous Coalspur and Ridley Terminals port agreements have been canceled and amended to the satisfaction of KC Euroholdings.

Rounding out the five top gainers, General Moly closed at $0.95 for a week-over-week gain of 11.76 percent.

The company filed a proxy statement on May 28 informing shareholders of upcoming plans, including the formation of a partnership with AMER International Group, a privately held China-based multinational company. Additionally, General Moly is progressing toward its financing goals for the Mount Hope project, in which it owns an 80-percent interest.