TFSAs are savings accounts Canadians can use to build wealth without paying taxes. Canadians can deposit up to $5,500 per year into a TFSA and use that money to invest. Now if only we could also cheat death… 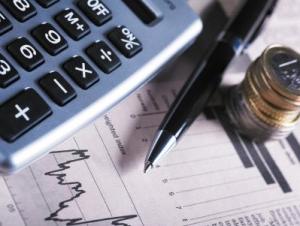 Nothing is certain except for death and taxes. This expression has been attributed to greats like Ben Franklin, Mark Twain and Daniel Defoe. But since the beginning of 2009, Canadians have had a way to avoid paying taxes, at least in part, on the capital gains they make from investing.

The Tax-free Savings Account (TFSA) was brought in by the Conservative government in the 2008 budget by the late Jim Flaherty, minister of finance at the time. From 2009 to 2012, all Canadians were able to contribute up to $5,000 per year, with that amount being raised to $5,500 for subsequent years. That limit accumulates from the time the account is opened up to a maximum contribution of $36,500.

That means you can make investments, and if they pay off you don’t pay tax on the gains. It is just like having an offshore account, but much easier.

Investment income earned, whether on interest or appreciation of a stock, is not taxed, even when withdrawn. Withdrawals can happen any time. And the full amount withdrawn can be re-contributed in following years.

So for example, if $5,000 is deposited in a TFSA and that amount increases through interest to $5,100 and $5,100 is withdrawn, the contribution limit increases to include the amount of interest that was withdrawn. Note: if you contribute, withdraw and contribute in the same year, both contributions count towards your contribution for that year, so be careful not to go over the maximum.

It is important to note that losses also are considered “tax free,” so if an investment decreases in value, those losses cannot be used to decrease taxes or to offset capital gains earned outside of the TFSA.

Can I buy stocks with my TFSA?

As with Canadian RSPs, most investments you make can be made within a TFSA. That includes savings accounts, GICs and yes, stock in publicly traded companies. It also includes foreign companies, but it gets complicated if it is a US company issuing dividends — that might result in the need to pay US taxes with implications for your Canadian tax return.

Additionally, there are limits when you want to buy OTC companies. Investing in a private company within your TFSA is possible, but is also complicated. Talk to your accountant and/or investment advisor.

How big can it get?

While there are limits to how big contributions can be, there is no limit to the value your investment can increase to. There have been rumors of multimillion-dollar TFSAs owned by people who know the investment industry well and can take advantage of private placements with lots of upside. While these are only rumors, MoneySense has a contest for the biggest TFSA and the winner in 2015 topped $1 million. And the Financial Post interviewed Shafik Hirani who had used some high-risk, leveraged ETF products to grow his to $277,000 as of November 2014.

The best time to open a TFSA — NOW!

Most online brokerages and banks allow you to open TFSA accounts using their online systems. So if you haven’t already, there’s no time like the present.