Mining companies in South Africa and elsewhere may be able to derive significant cost savings by using renewable energy. 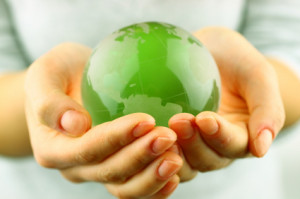 That discovery is particularly valuable for projects located off the grid as significant capital is required to bring traditionally generated electricity to such sites. It’s also a key finding given that South Africa’s mining industry is currently experiencing lower productivity, but is expecting growth.

“It won’t be the right choice for every operator — as the expected life span plays a big role — but at the very least, every firm needs to consider this approach as a way to hedge against diesel price volatility, and bring down operating expenses,” Matthew Cullinen, a senior associate in research and intelligence at the Carbon War Room, told Mining Weekly Online. “Growth in the use of solar for mines and other heavy industries will help create a mature market that can serve communities as well as companies. And as mines look to build out solar capacity, they might also look toward how that could be a legacy asset for local communities for years after the closure of a mine.”

While efforts to use renewable energy in mining are underway in locations other than South Africa — Barrick Gold (TSX:ABX,NYSE:ABX) has invested in wind projects in Chile and Argentina, while Australia’s First Solar (NASDAQ:FSLR) plans to use solar power “to specifically provide miners with electricity” — South Africa remains the most promising country for widespread adoption of renewable energy in mining.

As Mining Weekly points out, that’s partially because the country’s energy sector is “controlled by Eskom, a partially State-owned monopoly, and mining firms that want competitively priced electricity can not go to a competitor for a better rate.” Furthermore, the grid in South Africa is unreliable, meaning that even those mining sites that can connect to it are often better off generating their own electricity.

For miners, renewable energy is thus an economic decision, with its environmental benefits a separate consideration. But when exactly can a company begin to reap cost savings from renewable energy?

Answering that question, Fabrice Nicolas, manager at Siemens Smart Generation Solutions, told Mining Weekly that savings begin when a company converts entirely to renewable energy. Interestingly, when a site uses a mix of energy comprised of about 30 to 35 percent solar, savings amount to only 5 percent; however, a 100-percent renewable energy solution can bring savings of as much as 60 percent by combining wind and solar.

That sounds pretty good, but renewable energy is not without problems. One barrier is how miners currently structure energy expenditures. Under current typical operations, said Nicolas, “mines have low capital expenditures for energy but face high operational expenditures as they purchase fuel each month.” The opposite is true for renewables in that “PV or wind farms require a high initial capital expenditure but the operational costs are extremely low.” That said, mining companies are understandably reluctant to make large capital expenditures when it’s not absolutely necessary, not least because it doesn’t look good on balance sheets.

Mining Weekly suggests that one way for miners to get around that initial big spend is to seek out developers that are willing to invest through power purchase agreements. Such agreements mitigate initial costs and allow miners to pay the developer for power over time.

For investors, the most important point to remember about mining companies using renewable energy is that it lowers operating costs. With less overhead, miners can extract more value from their projects thus see higher profits overall.

Another perk of operating mines with renewable energy, particularly in African countries with poor grid systems, is community perception. Mining companies operate more efficiently when they have the goodwill of the surrounding community, but that can be difficult to acquire. By owning and operating a renewable energy system, a company can start a relationship with the community that hinges on meeting infrastructure needs that the government cannot. Furthermore, as renewable power stations operate for a longer period of time than mines typically last, energy infrastructure can be passed on to the surrounding community at very little cost to the company.

Moving forward, it will certainly be interesting to see whether renewable power begins to see more use at mining operations in South Africa and elsewhere.