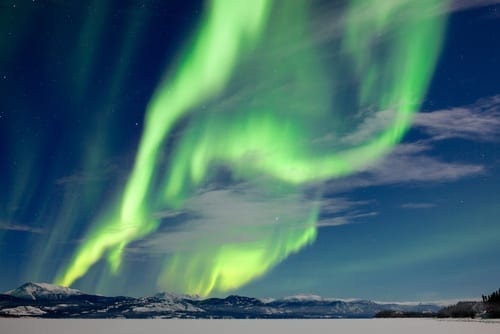 Yukon is a world-class mineral jurisdiction with diverse rock types that record more than a billion years of geological history.

In 1896, Skookum Jim Mason discovered gold in Bonanza Creek, a tributary of the Klondike River in the Yukon. His discovery sparked a gold rush that drew as many as 100,000 hopeful prospectors to the Klondike gold fields within two years.

Yukon occupies the northern portion of the North American Cordillera, which contains diverse rock types that record more than a billion years of geological history.

The territory hosts more than 80 mineral deposits with established reserves, some of which are the largest known on earth; they include copper, iron, silver, gold, tungsten, zinc and lead. Yukon also hosts 2,700 known mineral occurrences that cover only 12 percent of its total land mass — hence why it ranks near the top of pack in the world for mineral potential.

Alexco Resource Corp (TSX:AXU,NYSE-American:AXU) is a dual-listed silver developer working on advancing the Keno Hill Silver District in Yukon, Canada to production. The wholly-owned Keno Hill district is a 242-square-kilometer land package historically renowned for hosting some of the highest silver grades in the world.Send me an Investor Kit

The Klondike Gold Rush helped put Yukon on the map and made the mineral industry its main economic driver. Today it represents more than 20 percent of the territory’s gross domestic product.

Yukon’s second major gold rush took place, surprisingly, in the midst of one of the worst global economic downturns in the past century. It began much the same way as the first: by the true grit of a determined prospector drawn by the allure of the undiscovered source of the original Klondike deposits. With a hunch and a tulip bulb trowel, longtime Yukoner Shawn Ryan set out to discover if there were still multimillion-ounce gold deposits to be found just south of Dawson City where the White and Yukon rivers meet.

Ryan would eventually hit pay dirt, and his discovery was the spark that ignited a record-setting staking rush and the $138-million takeover of Underworld Resources by Kinross Gold (TSX:K,NYSE:KGC), earning him the prestigious Prospector of the Year Award at the 2010 Prospectors and Developers Association of Canada conference in Toronto.

Under this modern-day gold rush — the most impressive staking rush in Canada since the discovery of diamonds in the Northwest Territories in the 1990s — mineral exploration expenditures rose from less than $7 million in 2002 to more than $300 million in 2011.

“At Wheaton Precious Metals (TSX:WPM,NYSE:WPM), the jurisdiction of a project or mine is one of the most fundamental elements when assessing new streaming opportunities. Yukon continues to establish itself as an attractive emerging jurisdiction for mining investment given its rich history of mining and support from the community,” commented Randy Smallwood, president and CEO of Wheaton Precious Metals, a resource company partnered with Yukon-based projects.

“Furthermore, we have long believed the Yukon to be one of the most prospective silver districts in the world, which is why we partnered with Alexco Resource (TSX:AXR,NYSEAMERICAN:AXU) almost 10 years ago and provided them with a substantial portion of the funding used to build their current mill. Alexco has already demonstrated great exploration success, and we look forward to continuing our strong partnership for many years to come.”

Alexco Resource owns the majority of the Keno Hill Silver District, a great example of the epithermal silver and gold mineralization found in Yukon. Historically Canada’s largest and richest silver district, between 1912 and 1989 Keno Hill’s past-producing mines were responsible for 217 million ounces of silver output. The planned and permitted Flame & Moth underground mine, located adjacent to the existing Keno Hill District mill, comprises a potentially mineable 683,000 tonnes of 666 g/t silver.

In addition to Flame & Moth, Alexco’s other projects in the district, the Bellekeno, Lucky Queen and Onek mines, are also fully permitted for operations. In November 2017, the company submitted a project proposal to the Yukon Environmental Socioeconomic Assessment Board for bringing the Bermingham mine into operation. Bermingham is anticipated to contribute about 220,000 tonnes of 1,276 g/t silver.

White Gold (TSXV:WGO) owns about 40 percent of the White Gold District, home to Ryan’s famous discovery and the historic Klondike Gold Rush that started it all. Over 7 million ounces of gold have been discovered in the district since 2007. In 2017, White Gold, with Ryan as technical advisor, bought out properties in the region held by Goldcorp and Kinross, consolidating a land package totaling 390,000 hectares and encompassing 13 projects. The jewel in the crown is the White Gold project, which hosts the Golden Saddle and Arc zone deposits. The company’s 2017 exploration budget totaled $9 million. Kinross (19.9 percent) and Agnico Eagle (19.9 percent) are strategic partners.

Goldcorp, through its C$520-million buyout of Kaminak Gold in 2016, holds the Coffee project, an orogenic-type (vein/breccia) gold deposit that is very characteristic of Yukon’s White Gold District. Discovered in 2010 a few kilometers away from the White Gold project, Coffee hosts a measured and indicated plus inferred resources of 5.2 million ounces. Goldcorp is working to obtain approval from the Yukon Environmental and Socio-economic Assessment Board to begin construction of the Coffee mine. Goldcorp is aiming for first commercial production in 2020 for the Coffee mine, which has a projected mine life of 12 years.

ATAC Resources’ (TSXV:ATC) Rackla gold property hosts one of Canada’s only Carlin-style gold deposits. The 1,742-square-kilometer land package is located in East-Central Yukon and hosts the Osiris, Rau and Orion projects. A positive preliminary economic assessment for the Tiger gold deposit located at Rau identifies multiple high-grade Carlin-type gold zones and numerous early stage gold exploration targets. In mid-2017, ATAC signed an earn-in agreement on Orion with Barrick Gold in which the major can earn up to 70 percent in the project for an initial investment of $8.3 million and two staged earn-in options totaling $55 million in exploration spending.

Yukon’s existing infrastructure includes the Alaska Highway, more than 4,800 kilometers of all-weather roads, numerous airports as well as power telecommunications infrastructure. Yukon also has direct access to major distribution channels. Alberta to the southeast connects the territory to a primary distribution center in Western North America. BC and Alaska to the south and west connect the territory to Asian markets via primary shipping lanes.

Major infrastructure projects are underway to further support the growth of Yukon’s mineral industry. In September 2017, Canadian Prime Minister Justin Trudeau and Yukon Premier Sandy Silver announced the Yukon Resource Gateway Project, which represents over $360 million in combined funding to improve road access in two of the territory’s most mineral-rich regions: the Dawson Range in Central Yukon and the Nahanni Range Road in Southeastern Yukon.

“The Resource Gateway is one of the most significant projects ever undertaken in this territory and will have an incredibly positive impact on the Yukon economy,” said Premier Silver. “With this commitment, we will continue working with First Nations to complete the project agreements. First Nation agreement is essential to the continuation of the project and we look forward to working in partnership with them on this milestone development.”

The Yukon government spends more per capita than any other Canadian jurisdiction on directly financing mining exploration. The territory’s mining-friendly policy framework includes the Yukon Mineral Exploration Program, which provides capital to exploration companies. In 2017, the Yukon government awarded $1.6 million in funding to mining projects through this program.

“The exploration projects funded by the Mineral Exploration Program are a fundamental step in the discovery of mineral deposits, which can lead to advanced exploration projects and mine development that can improve the economy of nearby Yukon communities over the long-term,” said Ranj Pillai, minister of energy, mines and resources.

The Yukon government offers resources that help build effective, long-term partnerships between the mining industry and First Nations communities. “From becoming partners in mining operations to creating new companies that service the industry, Yukon native people are working with industry to foster greater benefits and advances for First Nations and their communities at large,” according to the Yukon government website.

Yukon’s First Nations communities and developmental corporations are supportive of responsible mining programs that recognize the importance of involving all stakeholders at every stage of resource exploration and development.

These communities can provide the mining industry with a valuable source of skilled labor with experience working in remote, cold-climate conditions. “Our goal is to provide as much local employment as possible which ties back into the Yukon Government’s economic development strategy,” said Clynton Nauman, CEO of Alexco Resource. “We have a tremendous partner in the Na-cho Nyäk Dun Development Corporation.”

Dr. Gregory Finnegan, CEO of Na-cho Nyäk Dun Development, has said his community’s partnership with Alexco “has been instrumental in the quick rebuild we have undertaken at Na-cho Nyäk Dun Development Corporation, creating jobs for NND citizens and very valuable contracts for our partner firms over the past 18-months. They have regularly delivered valuable contracts to us which have really solidified their position as good corporate partners for our First Nation Development Corporation.”

“Yukon’s mining sector will continue to play a prominent role in Yukon’s economy in the medium term, with the current outlook for real GDP tied to expectations for the mining sector,” states the Yukon government in an April 2017 economic outlook. Mining activity in Yukon is expected to “pick up steam in 2018, 2019.”

This INNspired article is sponsored by Alexco Resource (TSX:AXR,NYSEAMERICAN:AXU). This article was written according to INN editorial standards to educate investors.

Comments are closed.
×
See our exclusive index of Silver companies on the move
EXPLORE