For centuries, humans have used silver as an antibacterial agent for medicinal and food storage purposes. Now those historical uses can be expanded upon as scientists discover the numerous benefits of ionized silver nanoparticles. 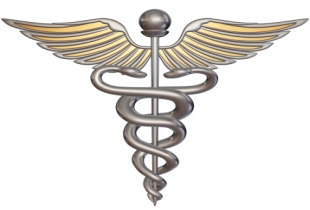 After riding high for most of June and breaking past the $19 an ounce level late in the month, the silver price has tumbled into July losing about a $1 in the first week. Pressure from falling gold prices and depressing economic indicators are the leading causes, another example of how the shiny metal’s dual nature creates such a volatile market.

Last Thursday, silver, along with most US equities and other commodities, was rocked by poor economic data: The Institute for Supply Management index dropped 3.5 percentage points to 56.2 percent in June, its lowest level since December; the US Labor Department reported that the number of first-time unemployment benefit claims jumped unexpectedly by 13,000 in one week to 472,000; and The National Association of Realtors reported new sales contracts on existing homes fell 30 percent in May.

China, too, reported some not so welcome economic data showing growth in manufacturing activity slowed in June.

Gold dropped 3.2 percent, its biggest one-day drop in five months, despite the poor economic reports that generally would support safe haven gold. However, gains in the euro had more of an impact. “What you are seeing is this unwinding of the euro-gold trade,” said Walter de Wet, analyst at Standard Bank.

Friday’s close for the white metal at $17.72 an ounce gave silver its worst week since early February.

Both precious metals traded sideways Monday with silver closing at $17.81 an ounce in New York. On Tuesday, the price of silver on the COMEX fell as low as $17.58 before climbing back above $18 an ounce midway through the trading day; however, the metal couldn’t sustain prices above that level and fell back to close at $17.84 an ounce.

Wednesday, silver prices were set to fall to new lows with the metal tracked other commodities and equities as fear over the possibility of a double dip recession gripped the markets. Gold’s move to a six-week low didn’t help silver, either. The yellow metal is suffering under the weight of a stronger dollar and further revelations from China that contrary to ongoing rumors it’s not seeking to make gold a major holding in its foreign reserves

Not long after the start of the trading day, silver prices began to turn around, climbing over .40 cents to break the $18 an ounce level as bargain hunters entered the market. Silver managed to close up 1.23 percent to $18.08 an ounce in New York.

“Silver’s status as a precious metal was unequivocally reaffirmed last year by investors who purchased it not only as a speculative commodity-play on economic recovery but also as a safe haven asset, particularly at a time when the global financial crisis was raging,” noted the most recent World Silver Survey, compiled by GFMS Ltd and published by The Silver Institute. While pointing out the importance of silver’s precious metal role, the Survey also reports that healthy gains in industrial demand are expected to support prices in 2010.

In its second quarter 2010 edition of “Silver News,” The Silver Institute gives special attention to one sector of silver fabrication that is quickly growing in importance: silver antibacterial nanoparticles.

For centuries, humans have used silver as an antibacterial agent for medicinal and food storage purposes. Now those historical uses can be expanded upon as scientists discover the numerous benefits of ionized silver nanoparticles including ease of production, ability to be fabricated into a wide array of products, and non-toxicity to humans and mammals in general.

Some of these uses are discussed by The Silver Institute’s senior technology consultant, Jeffrey Ellis: “With increasing uses of silver in many forms including sprays, gels and coatings, the use of silver as an antimicrobial agent continues to grow not only in hospitals and other patient treatment centers, but also in public areas such as restaurants, airports and institutional buildings.”

Other use for silver include as a coating for “wall coverings, sinks, flooring, climate control ducts and on bed rails. It is also now used on stethoscopes, pens, clipboards, catheters, endotracheal tubes and on other portable items. Silver is also embedded in textiles such as gowns, masks and wound care products.”

Silver in endotracheal tubes is especially important in the medical field as it helps to protect patients that require ventilator-assisted breathing against ventilator-associated pneumonia, an illness more common than hospitals would like to admit.

An increasingly important use for silver is in the treatment of stored local water supplies as a safer alternative to chlorine, which can lead to the formation of many hazardous compounds. IV-7 Water Purifier, enough to purify 40 million gallons of water, was recently donated through Project Hope to Haiti.

Silver is also increasingly being used as a deterrent to microbial growth in food packaging, which is hardly a new practice. My grandmother can remember her mother placing a silver coin at the bottom of each glass milk bottle the milkman delivered to their home, which she thought was merely superstitious, but in reality her mother was on to something. Today, silver in food packaging is becoming more and more popular, particularly in Japan, and includes paperboard cartons, plastic wrap, and yes, milk containers.