The market had second thoughts about the positive implications of the euro zone loan and worries over the depth of Greece’s debt problems resurfaced this morning, putting the breaks on the precious metal mini bull-run. 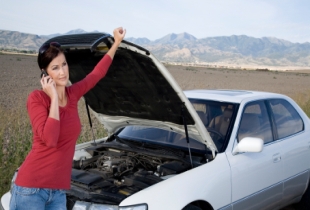 Precious metals spot prices are facing an anticipated correction this Tuesday morning with silver dipping as low as $17.93 an ounce late in the New York morning, after hitting a 12-week high of $18.68 Monday.

There’s an air of caution in the markets today after gold and silver’s nearly two-week rally, leading to some profit taking. Markets around the world are coming off yesterday’s highs as the dollar picked up a bit earlier this morning.

“A minor corrective tilt is in place today, as many markets are questioning the pace of the US recovery, while others are simply concerned that the EU debt issue is whipping up global macro economic fears again,” explained Jaime Greenough, Futures Representative at Global Securities, in a note to clients. The futures analyst didn’t expect silver to lose too much today. Silver was already gaining back lost ground by 1:00 PM EST, and later closed at $18.26 an ounce.

Although gold often leads silver by the hand, the poor man’s metal also tends to react to movements made by its industrial cousin, copper. Despite data showing China’s copper imports were up 42 percent for March over February, copper in London and New York slipped after the National Bureau of Economic Research hinted the US recession may not be over just yet. Copper’s losses may be weighing slightly on silver today.

While the health of the industrial sector is a good gauge for the direction of silver prices, the currency markets are still a good barometer for precious metals. The euro/dollar dance continues to lead gold around, impacting silver wherever it goes.

The euro’s gains Monday helped push precious metals prices higher, after European leaders agreed to an emergency-loan facility at 5 percent interest for ailing Greece; however, its pullback Tuesday is partially responsible for gold and silver’s rally halt. The market had second thoughts about the positive implications of the loan and worries over the depth of Greece’s debt problems resurfaced this morning, putting the breaks on the precious metal mini bull-run.

“The euro’s stalled rally was a contributor to this morning’s declines as apprehensions resurfaced regarding how Greece might make use of the 45 billion euro Band-Aid it received over the weekend,” noted Kitco precious metals analyst, Jon Nadler.

In addition, the Vancouver-based company has commenced commercial production at a new cyanidation plant at its La Encantada silver mine, one of the miner’s three operations in Mexico.

“The completion of the La Encantada construction is obviously a key milestone and production levels at our La Parrilla and San Martin mines have exceeded budget for three consecutive quarters,” said First Majestic CEO Keith Neumeyer. “So far, we’re all very pleased that 2010 is shaping up to be a very good year for First Majestic.”