For the third day in a row silver took a plunge while margin rates increased, driving new investors away, though analysts are uncertain whether this is signaling a lasting drop in value or merely a minor correction in prices. 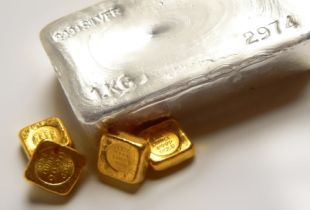 For the third day in a row silver took a plunge while margin rates increased, driving new investors away, though analysts are uncertain whether this is signaling a lasting drop in value or merely a minor correction in prices. On Tuesday, May 3, the New York spot price of silver dropped as low as $40.75 an ounce,  a 22 percent drop from a peak of $49.85 per ounce on April 28.

“I think a lot of people would agree it was due for a correction, but certainly aggressive selling combined with aggressive increases in margin requirements could certainly exacerbate that situation,” said Jamie Greenough, Futures Representative at Global Security Corporation.

CME Group Ltd. said this week that once again margin rates would rise, increasing the minimum amount of cash that must be deposited when borrowing from brokers to trade silver futures on the Comex 5000 to $16,200 per contract from $14,513 at the close of business yesterday.

“It’s not rare for them to adjust margins, but it’s pretty rare to adjust them two days later. It’s extremely rare and aggressive,” said Greenough. “I guess markets can get frothy and exchangers can get concerned there’s too much speculative buying, especially from the small speculator. We’re talking 8 percent of value. If you’re a big firm you’re not going to be too concerned about that kind of increase, but it does send a message.”

Open interest, or the number of open silver contracts on the Comex, fell 15 percent from the recent peak of 152,145 on April 25, when silver set its 31-year high. During this period, traders also shed physical silver held in ETFs, with iShares Silver Trust (SLV) reporting a 3 percent decline in ounces under management to 354 million ounces.

“It has just been so volatile. This is extreme no matter how you slice it,” said Greenough. “You climb the stairs to the top and you take the elevator to the bottom in two days, though I couldn’t say whether this is the bottom. We never did get our $50 silver and I’m sure we’ll get there.”